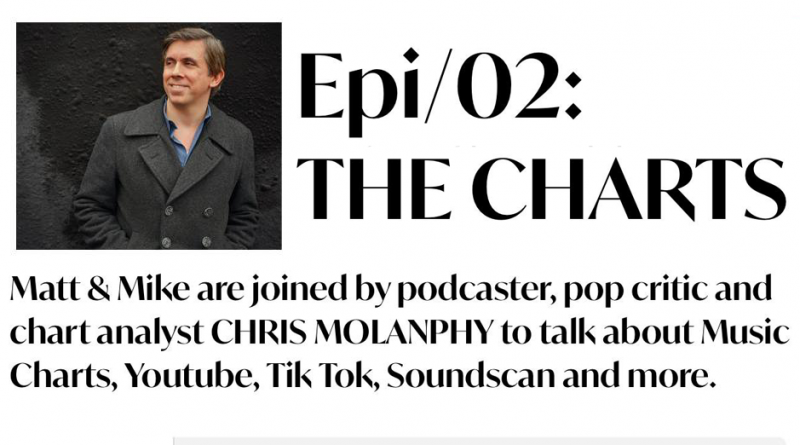 How do music charts work? How does a song get on Billboard’s Hot100? How have the charts had to adapt over the years to stay relevant as new ways of listening to and purchasing music have come into play?

We speak with chart analyst Chris Molanphy, who explains the charts, how they are always evolving and why they are so important to the industry. We discuss a variety of charts, focusing mostly on  Billboard and their Hot100. Chris carries deep insights into the fascinating history and evolution of music charts, from formulas used to determine how many streams are deemed to equal an album purchase to how a hit song becomes a hit – and then travels through our collective awareness as it jumps from for example TikTok to streaming services to radio play.

The interview goes deep into chart controversies over the years: like the removal of Lil Nas X’s Old Town Road from the country charts and attempts to cheat the charts over the years from commercial radio payola to spoofing streaming services with fake plays. Hear more of Chris on his Slate podcast Hit Parade and read his Slate column Why Is This Song No. 1?