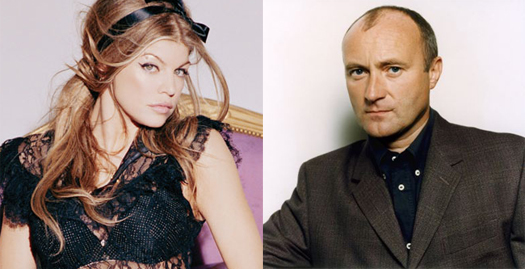 Let’s imagine that in 1992, just after Nevermind peaked, Dave Grohl took a break from Nirvana to form Foo Fighters. I mean, why not? Grohl was a gun for hire, at least the sixth drummer to sit in with the band before they finally broke big. And let’s say he scored some of those juicy Foos radio hits right away: “This Is a Call,” “Big Me,” maybe “Monkey Wrench” too. And then imagine he came back in ’93 to Nirvana in time for In Utero, making them even bigger than they already were—not just reliable album-sellers but the kind of band able to score regular Top 40 radio hits. Grohl would be transformed, from Kurt Cobain’s potent-but-silent sidekick, to coequal band focal point.

It’s a little hard to imagine for all sorts of reasons, not least the fact that Grohl was too respectful of Cobain to form his own project until both Kurt and the band were dead and gone. But the scheduling is also fanciful—who has that kind of time, to get a successful solo career going while keeping up with a best-selling group?

The fact is, it’s exceedingly rare for a successful side project to not only coexist with the original group but bring that stalwart act to new pop-chart heights. In fact, in chart history, it’s only happened three times (really, more like two and a half). The third of these three acts is this week sitting atop Billboard‘s Hot 100, in the form of the Black Eyed Peas*.

“Boom Boom Pow” is, oddly, the act’s first No. 1—but it’s gun-for-hire Fergie’s fourth. While I was off last week, the Black Eyed Peas set a digital-sales record for most downloads in a single week by a group: they sold 465,000 copies of “Boom Boom Pow,” nearly doubling the previous record, 253,000, set by Coldplay’s “Viva la Vida” last June. (Again, this is for groups; after Flo Rida’s still-inexplicable record in February selling 636,000 copies of “Right Round,” all sales marks pale in comparison.) The Peas’ fat first-week sales total hurtled “Boom” from No. 39 to No. 1, as predicted; and while the song’s sales are down by more than a quarter this week, their second-frame total of 335,000 still gives them a massive advantage over any other challenger for the penthouse. Not even Eminem, currently racking up big sales at iTunes for his just-dropped single “We Made You,” stands much of a chance of evicting the Peas next week or anytime soon.

“Boom Boom Pow” is the first Peas release since Fergie stepped away for the multiplatinum solo project The Dutchess, which spawned five Top Five hits, including three No. 1s: “London Bridge,” “Glamorous” and “Big Girls Don’t Cry.” When “Boom” ascended to No. 1 last week, the Peas became the first group to score their first chart-topper after a solo member had already done so since 2000—and, again, only the third in the entire Rock Era.

Of the other two acts, one of them barely counts: Matchbox 20, who spent a single week at No. 1 with the unmemorable “Bent” in 2000, one year after frontman Rob Thomas received featured-artist credit on Santana’s über-smash “Smooth.” Sure, Thomas deserved the Santana credit—he cowrote the song and sang it. But it’s dubious to claim his solo career began in earnest in 1999; it took him another half-decade to record a solo album. Plus, the only reason Matchbox 20 hadn’t scored a chart-topper earlier was the Billboard chart rule in effect prior to 1998 that required a song to be released as a single to appear on the Hot 100. When the band had its biggest radio hits in 1997–98, album-only tracks like “Push” or “3 A.M.” likely would have been chart-toppers had the rule not been in effect. Bottom line, Matchbox 20’s inclusion on this short list of solo-career-stoking chart-toppers feels like an accident.

The other act, however, is basically indisputable: Genesis, who finally went to No. 1 in 1986 with “Invisible Touch,” after Phil Collins had already scored his first four No. 1 hits in 1984–85 (“Against All Odds,” “One More Night,” “Sussudio” and “Separate Lives”). Collins had arguably the most successful dual-track career in pop history, as his megaplatinum solo career coexisted with that of Genesis for about a dozen years. It’s not unusual for a singer to break away from his band for a brief solo project and return. John Lennon did so in 1969 before the Beatles dropped Abbey Road, for example, and in the ’70s both Michael Jackson and Donny Osmond scored chart-toppers before returning to their respective bands of brothers. It’s also not all that rare for a coexisting side project to improve the home team’s fortunes—a recent example would be Jack White, who, after his first Raconteurs album, came back to the White Stripes and produced Icky Thump (No. 2, 2007), the duo’s highest-charting (if not highest-selling) album.

But Collins-Genesis feels like the signal historical example, because there’s such an obvious correlation between Collins’s ever-increasing chart profile in the ’80s and the band’s subsequent success. Collins wrote the group’s first Top 20 single (“Misunderstanding,” No. 14, 1980), then sang their first Top 10 (“That’s All,” No. 6, 1983) after scoring one of his own (“You Can’t Hurry Love,” No. 10, 1982). By ’86, when he came back to Genesis to record its sole chart-topper, the group was fully primed by his general ubiquity to shoot to the top—not unlike the Fergie-Peas situation.

One other thing Phil Collins and Stacy Ferguson have in common is their arriviste status. Both Genesis and the Black Eyed Peas were two albums into their respective existences when Collins and Fergie showed up. And Collins took longer to have an obvious impact. Fergie was vocalizing upon arrival in 2003; but Collins joined Genesis in 1970 mainly as a drummer—he sang no more than a few backing vocals until Peter Gabriel departed the group in 1975, giving Collins the frontman spot by default. (In one other bit of weird chart convergence, in the summer of ’86, it was Gabriel who booted Genesis from the No. 1 spot when “Sledgehammer” replaced “Invisible Touch.” Call it the last ass-kick.)

Now, at this point I should probably acknowledge what some of you are probably thinking: Isn’t it a little incongruous, maybe even insulting, to compare Phil Collins to Fergie? (Of course, to you Collins-haters out there, he and the Ferg are probably just two forms of schlock-making evil.) I admit, in most ways, they’re apples and oranges. I don’t want to be condescending to Fergie; she does (supposedly) cowrite much of her material, and she paid her dues in the near-hit ’90s pop act Wild Orchid. But at the risk of sounding like an unbridled rockist, it’s hard to regard her solo career as anything organic. Collins famously recorded most of his 1981 debut Face Value alone, at home, and dithered about releasing it until legendary Atlantic Records founder Ahmet Ertegun encouraged him to do so. By contrast, Fergie’s 2006 debut The Dutchess was produced by a multidisciplinary team at Interscope Records with premeditation that’d make the D-Day planners gasp.

No, the reason I’m digging through all this Collins-Fergie trivia is trying to identify the peculiar set of circumstances that allows a late-arriving group member with solo potential to help, not hurt, the band he/she joins. The arriviste thing, I think, matters—when a singer’s identity is hardwired from the start by the group’s identity, being able to float in and out of a solo career becomes impossible. Call it the Nicole Scherzinger principle: Interscope couldn’t do with her what it did with Fergie, because the Pussycat Dolls were the brand, not her. Or, going back 40 years: Diana Ross couldn’t conceivably have returned to the Supremes after 1970 (not that she needed to), because her persona had completely eclipsed the group. But Collins, the drummer-turned-accidental-singer, or Fergie, the starlet-turned-accidental-frontwoman, had malleable enough personas to permit them to form solo identities and then bring that brand value back to the group.

What all this means for Gwen Stefani—who’s back with No Doubt this year for a tour but hasn’t tried to record with them since her solo explosion—I can only guess.

Here’s a rundown of the rest of this week’s charts:

• Speaking of D-Day-like release strategies: Disney’s unstoppable Operation Miley Cyrus is marching onwards. In the wake of the release of Hannah Montana: The Movie, six songs from the box-office topper post iTunes increases and rise on the Hot 100. That crop is led by the No. 8–ranked “The Climb,” the soundtrack’s lead single, which sells 190,000 downloads; that’s 37% more than the prior week and 14% higher than the track pulled when it debuted in March. Even if the movie cools this week, Cyrus’s performance of it on Wendesday’s American Idol results show might give it another boost next week. (It’s also continuing to… er, climb, very slowly, on the Country list, where it’s at No 41.) Cyrus has scored multiple Hot 100 placements before, when she’s released a TV soundtrack or new pop album, but this time she’s sharing the wealth. In addition to her own Top 10 hit, the bounty includes songs from Cyrus pal Taylor Swift, one more from Cyrus herself and two more from alter ego Hannah Montana, and a duet with daddy Billy Ray. All told, the six charting soundtrack songs move 445,000 digital copies this week.

• This is the first chart week that includes digital sales data recorded after the April 7 launch of the $1.29 iTunes price point, and the results so far are encouraging for the industry. The top-selling 200 tracks—of which roughly half were at the new price and half at the old 99 cents—shifted a total of 5.81 million copies during the tracking week, as opposed to 5.74 million during the week prior. The labels probably shouldn’t start popping champagne yet, since Easter fell during the most recent tracking week, and holidays generally boost sales at music retailers (even digital ones). I would argue that word of the new price is just getting around to music buyers, whose behaviors might take some weeks to shift; it’ll take at least a month or two to get a read on how the higher price is affecting purchase patterns. But for now, the industry that fought Steve Jobs for half a decade for variable pricing can declare a small early victory.

• What is it with mook-rock bands and George Michael covers? Exactly a decade after Limp Bizkit’s remake of “Faith” introduced the world’s most hated band to the Modern Rock chart (No. 28, 1999), Seether’s equally head-scratching cover of the Wham!-era “Careless Whisper” makes the list’s Top 10. After a rise into the winner’s circle last week, this week the single’s up two notches to No. 6. Billboard’s own Chart Beat column noted last week that “Careless” is “the first cover to reach the [Top 10] since 311’s reinvention of the Cure’s 1989 classic ‘Love Song’ rose to No. 1 in April 2004.” That’s interesting, but what if the Seether track goes all the way to the top? It would become only the fourth remake to top the list in its 20-year history. The other three No. 1 Modern covers were Sinéad O’Connor’s definitive redo of Prince’s “Nothing Compares 2U” in 1990; Alien Ant Farm’s smirky Jacko remake “Smooth Criminal” in 2001; and the aforementioned 311 desecration of Robert Smith’s boudoir jam.

* I hereby apologize for mentioning Nirvana and the Black Eyed Peas in the same post.