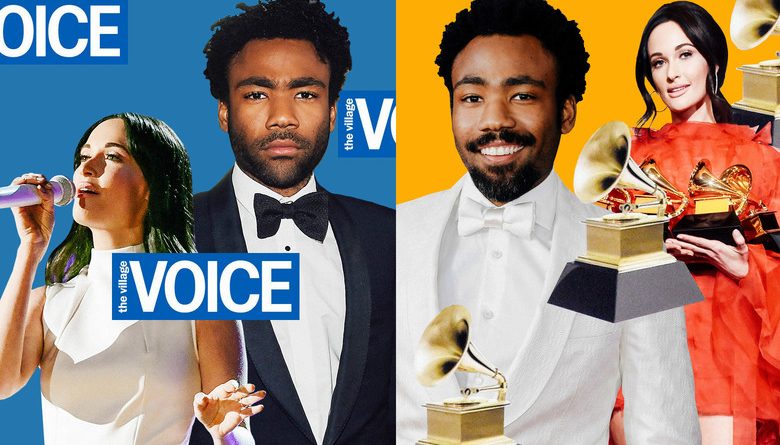 How did this happen?! And just how rare is this? We break it down.

Last May, when Childish Gambino did the improbable and debuted at No. 1 on the Hot 100 with his satirical, superwoke art project “This Is America,” I wondered aloud what its legacy would be as a song. At the time, my main concern was what the general public would make of the ditty by Donald Glover’s alter ego when it went out on the airwaves and faded into sonic wallpaper. Without its much-debated video, would the mordant “America” still have its bite? Wouldn’t it just confuse people?

I didn’t know the half of it. Nine months later, “This Is America” has scrambled a lot of music-biz rules and bemused prize givers as much as, if not more than, the general public. It has all culminated in the past week, when music critics and Grammy voters lined up their album and song prizes for, amazingly, the first time ever—mostly driven by a left-field win for Donald Glover’s unicorn of a single. This unprecedented alignment between last week’s Pazz & Jop critics poll and Sunday night’s Grammy Awards smells like consensus but is really a form of confusion—a coronation for a song that elites can’t decide on.

Let’s study the stats. As your friendly neighborhood chart geek, I have been having a blast since Wednesday, when the Village Voice issued the 2018 edition of Pazz & Jop, its authoritative music poll. For what it calls the “45th (or 46th) year” (it’s a long story), the Voice collected the Top 10 albums and singles of hundreds of published music critics and aggregated them into a single master list meant to capture critical consensus. The winner of Pazz’s 2018 Album of the Year was Golden Hour by Kacey Musgraves, a widely expected victor given its high placement in a string of published predecessor polls. It wasn’t even close. Golden Hour easily beat second-ranked Dirty Computer by Janelle Monáe and roughly doubled the points of any other major contender, from Cardi B to Pusha T. On the Pazz singles list, where consensus is always more scattershot, Gambino’s win was more surprising. Given the near-universal acclaim last year for Cardi B’s “I Like It,” Monáe’s “Make Me Feel,” and Ariana Grande’s “Thank U, Next,” Gambino’s win with the critics over that trio could be termed an upset.

Over the poll’s roughly five decades, the Voice has usually timed the release of Pazz & Jop for Grammy week, the implication being that the former is music elites’ answer, or even a corrective, to the National Academy of Recording Arts and Sciences’ reliably middlebrow tastes. These two voting bodies, NARAS and the Pazz-polled critics, rarely agree. In fact, it’s so rare, I have long tracked their moments of alignment for sport.

Seven years ago, when I was the Voice’s pop-chart columnist, I invented an EGOT-like metric I called a PB&G, identifying albums that could sweep Pazz & Jop, Billboard, and the Grammys. To win it, you would have to have the most critically acclaimed, the top-selling, and the most industry-rewarded album, respectively. Unlike the EGOT, which is a quadruple lutz of prize giving performed over the course of a multihyphenate’s career, my PB&G was meant to anoint artists and albums that could sweep all the top prizes in a single year. When I invented this metric in late 2011, there was just one problem. It was too hard. Only one artist had ever actually done it: Michael Jackson, with Thriller. Adele was about to wind up with the top-selling album of the year, and she took home the Album of the Year Grammy (and piles more), but those ornery critics left the power vocalist short of a PB&G, ranking her 21 album sixth in Pazz & Jop. (Tune-Yards took the critics’ prize.)

In my 2011 research, I identified a dozen other albums that went two for three on a PB&G—and more than half the time, it was Billboard and the Grammys that aligned, not the critics. It’s more common for NARAS members, who consider industry-juicing financial success a virtue, to get in line behind music buyers. Through 2011, seven albums besides Thriller had won a “B” and a “G.” In this decade, in the years after I did my initial column, the buyers and NARAS have aligned three more times: two albums by Adele, 21 (2011) and 25 (2016), and Taylor Swift’s 1989 (2015).

Leaving Billboard aside, the critics and the Grammys only aligned five times, total, through 2011. (My stats only go back as far as 1971, when Pazz & Jop launched.) Besides Jackson’s Thriller, four other Grammy-winning albums also topped Pazz & Jop: Stevie Wonder’s Songs in the Key of Life (1976), Paul Simon’s Graceland (1986), Bob Dylan’s Time Out of Mind (1997), and Outkast’s Speakerboxxx/The Love Below (2003). As of Sunday night, it’s happened a sixth time, as Musgraves takes the P-and-G double for 2018 with Golden Hour. In other words, Pazz & Jop only lines up with Grammy voters about once a decade.

What about songs, though? They have aligned even more rarely—if critics usually don’t agree with Grammy voters about what makes a totemic album, they really don’t agree what makes a culture-defining song. Critics like their share of hits, but they seek out novelty in ways that would scare NARAS voters. My PB&G metric didn’t factor singles in at all—there would have been no point. For starters, the Voice didn’t start collecting song votes for Pazz & Jop until 1979. (The first winner was Ian Dury and the Blockheads’ “Hit Me With Your Rhythm Stick”—see what I mean?) Even with that wrinkle, the lack of alignment was stunning: No top Pazz single aligned with either the Grammy for Record of the Year (awarded to a recording) or Song of the Year (given to a songwriter) for more than 25 years. The first was Amy Winehouse’s “Rehab,” which swept Pazz’s top song and the two top song-based Grammys for 2007.

Since Winehouse’s breakthrough, however, as critics have moved in a more poptimist direction, Grammy voters have, oddly, moved in a commensurate direction of their own: a little more populist and a little less middlebrow, less likely to reward stuff they think is “tasteful” but is really just marginal. In the ’90s and ’00s, NARAS had a bad habit of pulling the lever for songs it thought were classy but that neither music buyers nor critics would come near: U2’s inspiring-but-forgettable 2002 Record of the Year winner “Walk On,” which took on a life as a post-9/11 anthem, or Dixie Chicks’ righteous-but-ranty 2007 winner “Not Ready to Make Nice,” or duets seemingly designed for a PBS pledge drive, by the likes of Ray Charles with Norah Jones and Robert Plant and Allison Krauss. Sometime after Winehouse, however, NARAS voters decided maybe it was just easier to give Record and Song to a big, fat hit—which is honestly what the Grammys should be doing most of the time, because their track record at trying to pluck out hidden gems is lousy. Since 2010, the Grammys for Record of the Year and Song of the Year have all gone to blockbuster singles that made the Top Five on the Hot 100 and wound up among Billboard’s biggest hits of the year—from “Single Ladies” to “Somebody That I Used to Know” to “Royals” to “Uptown Funk” Two of those monster hits have been double winners of Pazz & Jop’s top song and one of the two song Grammys: Adele’s “Rolling in the Deep” (2011) and Daft Punk’s “Get Lucky” with Pharrell and Nile Rodgers (2013).

On paper, this is how “This Is America” wound up being only the fourth ever song to win both Pazz & Jop and one or both of the song Grammys—and, outrageously, the first ever hip-hop song of any kind to win either of those two Grammys. “This Is America” reflects both the critics’ yearning for novelty and their pro-pop embrace, and NARAS’s recent turn toward rewarding culture-blanketing hits.

Except “America” foils this formulation. Start with the industry side of the equation. The song topped the Hot 100, yes, but mostly because of that video: It has sold less than 300,000 downloads, total, a pittance for a chart-topping hit, and it was a very modest airplay hit (a No. 33 peak on Billboard’s Radio Songs, in an abbreviated eight-week run). Unlike all of the Grammy-winning 2010s hits I ticked off above, “America” is not among the 10 biggest Billboard hits of its year—or even the 50 biggest. Billboard ranks it 51st for the year, the lowest-ranking 2018 Hot 100 No. 1 in the year-end ranking. In short, Americans sorted out how they felt about “This Is America” early last summer—provocative video, meh song. NARAS’s coronation of the track is “tasteful” but by no means populist.

And the critics? We were even more muddled. Two of the earliest critical outlets out of the gate in December, NPR Music’s the Record and Paste magazine, gave the song their No. 1 spots for the year. But other outlets all but ignored it—no ranking at all by Pitchfork, Spin, the New York Times, or the Los Angeles Times, even on lists as long as 100 spots; a perfunctory No. 39 ranking by Rolling Stone; a No. 49 ranking by the rap-centric Complex. This was the future Pazz & Jop song of the year?! Here at Slate, the ambivalence was laid bare—as it so often is—in our annual Music Club: My endorsement of “America” as the year’s best song was quickly followed by Carl Wilson’s disinterest beyond the video and Jack Hamilton’s full-throated, this-is-garbage annihilation. Disagreeing is what we scribes do best, but this jumble crossed with indifference didn’t feel like a coronation in the making.

I’m not recanting my love of “America” as a song, but if I may recognize my critical colleague from the great state of Virginia, Jack really does have a point: “This Is America” swept Pazz & Jop and the Grammys for, at the very least, quirky reasons, and possibly dubious ones. The critics are rewarding the idea of “America” as much as its musical qualities. (Not I, certainly!, the esteemed Slate chart analyst from New York protested. Did I mention I also named Golden Hour my album of the year?)

Paste’s critics, for example, lauded the “national conversation about the binary black Americans occupy and the complex intersection between entertainment and race in this country,” calling the song “a grim success” while saying little about the song’s musical qualities. As for the Grammys, NARAS has a long-standing habit of rewarding even deserving music for the wrong reasons. While I can’t climb into the heads of the NARAS members who voted for “This Is America” in both song categories—again, the first time they’ve seen fit to do that with a hip-hop joint—something tells me Donald Glover’s flow, and the bars by Young Thug, BlocBoy JB, 21 Savage, Quavo, and Slim Jxmmi, didn’t have a whole lot to do with it. This win was perhaps more about political signaling in the Trump era, NARAS voters reverting to their preferences for a “Walk On” or a “Not Ready to Make Nice”—voting for a narrative, not a song.

So: Pair this unprecedented Childish Gambino sweep with the still-unusual but more common album synergy between Pazz & Jop and the Grammys on Golden Hour, and you have Sunday night’s once-in-a-lifetime alignment of the critics and the industry across the top three Grammy categories. Will it ever be repeated? One school of thought—I dread this, but I expect it—will fulminate that this is the ultimate triumph of the dread poptimism. Bet on it: I’ve seen poptimism lately blamed for everything from the death of journalism to the continued non-jailing of R. Kelly. More likely, come next year, NARAS will revert to form and reward the likes of Beck or Adele over Beyoncé, and this year will look like the happy (to me, anyway) fluke it actually was.