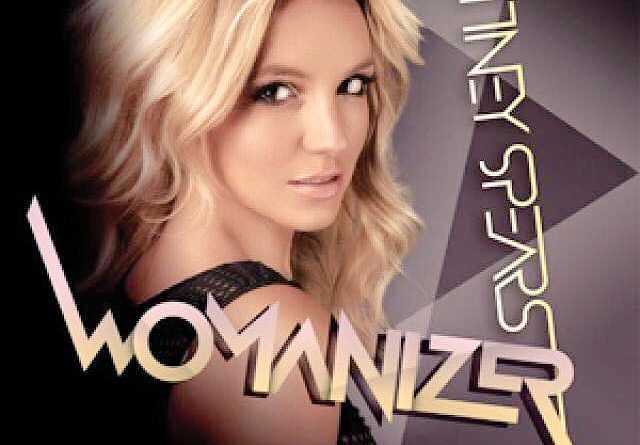 Ten years ago this month—Oct. 23, 1998, to be exact—Jive Records released a savvy, Max Martin–produced pop trifle called “…Baby One More Time.” It went on to top Billboard‘s Hot 100 in the winter of 1999 and kick off teen-pop’s headiest, craziest and silliest year of cultural dominance.

It was also the last time former Mouseketeer, aspiring starlet and pop fetish object Britney Spears would top the premier U.S. singles chart—until this week, when Spears (as predicted) shoots from the chart’s bottom rungs to the penthouse with “Womanizer.” In the process, she ousts rap king T.I. and duet partner Rihanna; defeats a record he set twice in the last two months for the biggest leap to the top in Billboard history; beats Mariah Carey’s record for one-week digital sales by a female act; and consummates a year-long effort to rehabilitate her career.

When I speak about Britney’s rehabilitation, I’m not just referring to her well-publicized efforts to turn around a half-decade of tabloid-level personal breakdown. I’m also referring to her surprisingly checkered U.S. chart history. Indeed, the first question some of you might be asking yourselves is, How is this only her second No. 1 hit?

The short answer: she’s arguably gotten screwed by the refs. To a chart geek like me, Spears comes off as a victim of a decade of erratic industry practices and radical shifts in Hot 100 chart rules. By the same token, the industry practices and chart rules that have hurt her all these years help her disproportionately this week. Last week, a solid showing at radio brought “Womanizer” to the Hot 100 a bit earlier than expected, and it debuted at No. 96. This week, sales of 286,000 make radio almost irrelevant, and the song shoots to No. 1. Over the past four years, the Hot 100 has become a chart where radio airplay is pretty important but digital sales are massively important—and the first two chart weeks of “Womanizer” show it.

In 1998–99, when Spears scored her first hit, the Hot 100 was in transition. Back then, the digital market was essentially nonexistent, the physical single was disappearing, and Billboard was about to make a move that would give radio even greater sway over chart performance than it already had. In December 1998, the Hot 100 was converted from a singles chart to a songs chart, making album cuts and promotional tracks not available for sale to the public eligible to chart for the first time. So began a half-decade of total radio dominance, with singles sales an afterthought.

Mind you, “…Baby One More Time” was released as a retail single, and it benefited mightily, reaching No. 1 on the Hot 100 thanks largely to the platinum sales it racked up in the weeks before Spears’ similarly-titled album dropped in 1999. But as Jive elected to release fewer of her subsequent hits as singles, and as radio came to dominate the Hot 100, “…Baby” was the last Spears single to benefit so greatly from sales for years.

Here’s the complete list of her Hot 100 hits—I have bolded her Top 10s:

That’s six Top 10s out of 18 hits, or one out of three. (I’m not even including songs Jive promoted that didn’t make the Hot 100.) It’s a respectable yield over a decade for the average pop star, but Spears isn’t average—she has been the defining female pop star of her time. Madonna’s or Mariah Carey’s people wouldn’t tolerate this kind of performance; how did Spears end up with such a mixed record?

(You can quip here if you like about the quality of Spears’ oeuvre, and I waver from song to song myself. But (a) the charts are not entirely about artistic merit, and (b) it’s arguable that the sheer volume of media attention and label promotion Spears has received should produce better results than this.)

Here’s what you don’t see glancing at the above list:

• Four of those hits (“Sometimes,” “Oops,” “Lucky,” “Overprotected”) were airplay-only in the United States.

• Four more (“Crazy,” “Slave,” “Everytime,” “Outrageous”) were released in the States only on 12-inch vinyl. The last two of those vinyl singles were also available on iTunes—but in 2004, at a time when digital sales weren’t included on the Hot 100.

• Two of her earlier hits, “…Broken Heart” and “Stronger,” were released as normal CD singles and sold superbly (platinum and gold, respectively); but by then, airplay was so critical to chart position that the songs’ underperformance at radio prevented either one from making the Top 10.

• The last five songs on the list charted in an era when iTunes sales counted toward the Hot 100, and all of them—even the unpromoted, No. 100–peaking “Do Somethin’”—probably charted better than they otherwise would have, thanks entirely to digital sales.

In short, after “…Baby,” there’s some kind of caveat on practically every hit Spears ever had, related to format, chart quirks and the development of the digital economy, rather than the relative quality or fan-friendliness of any of the songs. If Spears had been a pop star in an earlier era, when singles availability was predictable and airplay had a normal influence over the charts, she might not have gone Top 10 every time, but she likely would have had a more consistent chart presence.

Judging both on quality and on cultural resonance, the thumping “Womanizer” isn’t as great a song as, say, the lower-charting “Toxic.” But let’s give Britney her due. Radio wouldn’t have jumped on “Womanizer” two weeks ago if the song weren’t catchy, and if she weren’t perceived as “back” in a pop-star sense. The solid hits she scored off last year’s Blackout went a long way toward reestablishing her hitmaking credibility. And the public wouldn’t have snapped up nearly 300,000 copies of the song if she weren’t an object of fascination again, one worthy of 99 cents and about four minutes of their time.

Here’s a rundown of the rest of this week’s charts:

• I can’t begin to predict who’ll be No. 1 on the big chart next week, because the contenders are all over the place in terms of sales and airplay. “Womanizer” continues to sell strongly, ranked second at iTunes at this writing; with continued airplay growth, it could hold onto the top slot, but I wouldn’t count on it.

That’s because T.I. is hot-hot-hot and could make a comeback at No. 1, but it’s hard to guess which song will do it: amazingly, both of his simultaneous hits earn bullets this week. That includes the Rihanna duet, “Live Your Life,” which drops to No. 3 but continues to explode in radio airplay; and the Weird Al–parodied “Whatever You Like,” which is the most-played song at radio and holds at No. 2. Not since OutKast’s dual smashes in late 2003, “Hey Ya!” and “The Way You Move,” has one act kept two hits aloft on the charts with seemingly equal strength.

Finally, there’s an outside chance country ingénue Taylor Swift could score her first pop No. 1, with a song that’s not even on the chart right now. “Fearless,” the third advance single and the title track from her why-don’t-they-just-release-it-already sophomore album, is currently outselling both Spears and T.I. at iTunes. With a total dearth of airplay at either pop or country radio so far, I’ll bet she debuts somewhere in the Top Five next week. But No. 1 is a long shot—yes, T.I. and Britney shot to the top thanks to blockbuster iTunes sales, but early airplay gave them the edge as well.

• Remember that quip I made last week, that the leap-to–No. 1 record couldn’t be set too many more times, because we’re running out of Hot 100 positions for songs to leap from? Ha ha! The record could have been beaten yet again, if Beyoncé’s people had released her new single this week. “If I Were a Boy” debuts on the Hot 100 at, no kidding, No. 100.

As Fred Bronson points out in his Billboard column, if “Boy” had landed at iTunes this Tuesday and sold in numbers similar to Britney’s last week and T.I.’s the week before, it likely would have vaulted from bottom to top, No. 100 to No. 1, on next week’s chart. But with no digital single announced by Sony for “Boy,” the biggest-leap record—which I hope I won’t have to discuss for at least the rest of 2008—will remain with Britney for a while.

In the meantime, expect “Boy” to rise modestly on the Hot 100 for a few weeks, then explode when B’s new double album I Am… drops in mid-November and its songs are all on-sale at iTunes. Pop radio airplay for “Boy” is just starting, but on black radio, Beyoncé’s return is greeted more warmly. Not only does “Boy” debut on Hot R&B/Hip-Hop Songs at No. 61, the accompanying leadoff track, “Single Ladies (Put a Ring on It),” explodes onto that chart all the way up at No. 20.

• Jennifer Hudson’s breakthrough performance as a singer came with a song made famous in the early ’80s by Jennifer Holliday: the whooping, stand-back-sister smash “And I Am Telling You I’m Not Going,” which was a No. 1 R&B hit for Holliday in 1982 taken from the original Broadway Dreamgirls. It’s probably just as well that Hudson’s remake from Dreamgirls, the movie, didn’t equal Holliday’s, peaking in 2007 at No. 14 on the R&B/Hip-Hop chart. But it’s equally poetic that Hudson has now scored her own No. 1 hit on this chart, with her first non-soundtrack single, “Spotlight.” For diva-lovers and catfight-haters everywhere, it’s a win-win, really. (Personally, I still prefer the Jake Gyllenhaal version of the Dreamgirls song, but maybe that’s just me.)