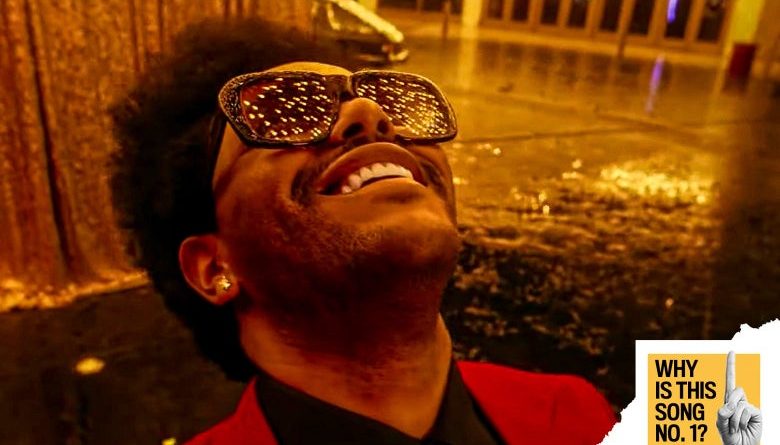 On “Heartless,” the singer keeps on recycling the same old tricks, and America still can’t get enough.

For years—really, decades—AC/DC bandleader Angus Young has been finding creative ways to restate the maxim “If it ain’t broke, don’t fix it” in interviews. The guitarist can often come off as self-satisfied about his Rock Hall–inducted band’s endurance. Thing is, he’s earned it. Every few years, AC/DC comes back with an album that is the slightest possible variation on the formula they perfected at the turn of the ’80s with Highway to Hell and Back in Black—blocky power chords, screeched vocals, lewd schoolboy lyrics so moronic they’re sort of endearing, chanted choruses. In the course of this four-decade project, AC/DC has frustrated generations of music critics—the band defies our need for a narrative, because it is utterly impervious to trends. AC/DC emerged alongside the so-called new wave of British heavy metal, but they’re Scottish-Australian. They scored hits both when ’80s hair metal was king and when it fell to ’90s grunge. Their biggest-opening album came out in the late ’00s, the era of Lil Wayne, Kanye West, Katy Perry, and Coldplay. The death two years ago of Angus’ brother Malcolm Young might spell the end of the band, or not. They have survived band members’ deaths before, and their commercial appeal appears timeless. AC/DC does just one thing, and—regardless of who’s in the White House or what else is on the radio at that moment—it sells every time.

Speaking of us tiresome music critics, you will forgive me if I grasp for a narrative to explain the chart-topping success, in the closing weeks of 2019, of Abel Tesfaye, aka the Weeknd, who I have decided is the 2010s’ answer to AC/DC. Over an entire decade—first as an early ’10s indie-mixtape sensation, then as a mid-decade major-label balladeer and eventual chart topper—the Weeknd has plied a series of slight variations on one glossy trade: lascivious humblebrag R&B with falsetto vocals and hip-hop overtones, an endless hangover. It is gaudily self-pitying, showily creepy, and all indebted to the dark side of Michael Jackson. (Which, as we learned this year, was basically all dark side.) Tesfaye finds ways to change up the formula here and there—partnering with the Fifty Shades of Grey content machine for one hit, teaming with megapop producer Max Martin and Daft Punk on others, fusing his Jacko-isms with his collaborators’ grace notes but winding up in the same place every time. The storyline goes like this: The Weeknd is at a sleek, very exclusive hot spot. The Weeknd is drowning in women and drugs and loathes himself for it. (Heavy sigh.) The Weeknd will be at another sleek and exclusive soiree tomorrow. You will be there, too, and you and Tesfaye will chop another line and pretend not to be enjoying it. The Weeknd is a fast machine and keeps his motor clean. Too clean.

The reason I suspect you will be sitting alongside Tesfaye at his next VIP lounge is that Americans have made him No. 1 again on Billboard’s Hot 100, for the fourth time in just over four years. And the only major difference between this chart topper and the previous three is that this one leapt into the penthouse almost instantaneously. In just its second week on the chart, “Heartless”—no relation to the 11-year-old bummer Kanye hit, although I wouldn’t blame you for getting them confused—vaults 31 spaces to No. 1. It’s the second hit this fall to hurtle to the top in just two weeks, after Selena Gomez’s “Lose You to Love Me.” (Uncanny, since the two once dated and Tesfaye is reportedly still hung up about Gomez in his lyrics.) In both cases, the easy stroll to No. 1 felt inevitable, but Gomez’s hard-earned chart topper was the first ever of her career, and the Weeknd’s feels more rote. With its trippy Las Vegas–set video, thumping beat provided by producer and video co-star Metro Boomin, and casually chauvinist lyrics that throw around references to “bitches” and female genitalia like Quentin Tarantino’s movies throw around the N-word, “Heartless” doesn’t do anything Tesfaye hasn’t done before. It feels like a throwback to five years ago, or maybe 10. Like AC/DC, the Weeknd is still up to his old dirty deeds, and America is here for it.

I just got done with an episode of my podcast Hit Parade chronicling the story of hit music in the 2010s—how the pop pendulum swung from early-’10s EDM megapop to late-’10s bummer trap—and the Weeknd is both part of, and yet floats above, this narrative. Tesfaye spent the first half of the decade honing his sinister “PBR&B” largely outside of the pop mainstream until, as Spotify took over the charts, the mainstream swung toward him. His first No. 1 was 2015’s Martin-produced and plainly MJ–indebted “Can’t Feel My Face.” It cannily straddled the line between Martin’s mathematically precise Scandinavian songwriting—the predominant sound of the early ’10s—and Tesfaye’s own druggy, trap-conversant aesthetic. But it was a refinement of a sound he’d been pursuing all along—after all, he’d kicked off his recording career with a cover of Jackson’s own “Dirty Diana.”

After “Face” spent three weeks on top in the late summer of 2015, the Weeknd actually replaced himself at No. 1 with the more disturbing, burned-out “The Hills,” which affirmed him as the gothic R&B crooner for his moment. It was a much darker, more atonal record than “Face,” and it suggested that Tesfaye had the ability to provide engaging, surprisingly commercially potent variations on his “Thriller”-for-the-age-of–torture-porn aesthetic. Both singles came from his chart-topping album Beauty Behind the Madness, which made some critics’ lists in 2015 and was even nominated for the Album of the Year Grammy. You could believe, at this point, that what the Weeknd lacked in thematic range he made up in stylistic certitude.

The problem is, virtually everything Tesfaye has done since Madness has been a scrambled permutation of the same shtick. And the marketplace keeps rewarding him for it. His chart-topping follow-up album Starboy—the inevitable meditation on fame—produced another Hot 100 smash with the Daft Punk–produced title track, a moody electro-burble that felt like “Face” run through an Off the Wall–era sequencer. It became a sleeper No. 1 between Christmas 2016 and New Year’s 2017. (Oddly, “Starboy” remains Daft Punk’s only U.S. No. 1, as their now-classic “Get Lucky” peaked at No. 2.) Critics, including our own Carl Wilson, were already calling the Weeknd on his retreads of both downer party boy lyrical themes and the eerie-Jackson vibe. Even the album’s best single, the sparkling “I Feel It Coming,” a No. 4 hit in 2017, shamelessly aped the vibe of “Human Nature.” (Gloriously—it was my favorite single of that year. What can I say … I am a sucker for that synth-ballad sound, and I am not made of wood.)

And now we have “Heartless,” which might as well have come packaged in a white box with Helvetica lettering reading, “Weeknd Single.” Tesfaye is working with some old friends: Carlo “Illangelo” Montagnese, co-writer and producer of “The Hills,” is back, as is Metro Boomin, who produced the Weeknd’s brooding hit collaboration with rapper Future, 2016’s “Low Life.” The one new character in the studio is Andre “Dre Moon” Proctor, Grammy winner for Beyoncé’s “Drunk in Love” and another frequent Future collaborator. This is an accomplished gang of songwriter-producers, but the end result—as on the prior Martin and Daft Punk collaborations—is Weeknd music: falsetto nihilism dressed in an Armani suit. “I’m back to my ways ’cause I’m heartless,” he wails. “All this money and this pain got me heartless.” (The pathos!) Musically, the Michael Jackson tropes remain pronounced—and in case you missed them, on a recent, head-spinning live performance on The Late Show With Stephen Colbert, Tesfaye danced through a maze of underground tunnels, “Billie Jean”–style, in high-ankled black pants, white socks, and black loafers, with some of the same splayed-leg moves he’s been pushing since “Can’t Feel My Face.”

As for the official music video, which helped fuel the song to No. 1 on the Hot 100—Billboard reports that its streaming data nearly tripled thanks largely to the clip—it does suggest that Tesfaye is in on the joke. As he and Metro Boomin troll Vegas for ever-harder stimuli, Tesfaye resorts to licking a frog—a bit of knowing self-parody that suggests the Weeknd is leaning into his persona as music’s ever-more drug-curious Jordan Belfort. But as with the star personage of The Wolf of Wall Street, the line between self-contempt and self-glorification is wafer-thin.

As I’ve been reporting in this No. 1 hits series all year—from “7 Rings” to “Shallow” to “Sucker” to “Old Town Road” to “Someone You Loved” to “Lose You to Love Me”—the chart pendulum in 2019 is very decidedly swinging back toward big-tent, even lush pop. In theory, that should make the minor-key musings of the Weeknd sound like yesterday’s news—“Heartless” is certainly lush, but sonically and thematically, it’s a throwback to the long ago of 2016. But Tesfaye’s answer to shifting trends is to double down on what’s worked for him all decade. When Americans have decided a performer is capable of bringing the party, maybe everything else on the radio doesn’t much matter.