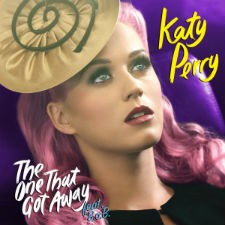 Thanks to her husband, Katy Perry considers herself as an honorary Brit. But as the most frequent current inhabitant of the Billboard charts, she must wish we were all anglophiles.

If only America had a Christmas No. 1 competition as rabid and media-fueled as Old Blighty’s! Katy would have that improbable, record-shattering sixth Hot 100 chart-topper from her Teenage Dream album all sewn up by year’s end. All she’d have to do is call her current hit, “The One That Got Away”—currently No. 4 on the Hot 100—her bid for a Christmas No. 1, and thousands of pop buyers would comply.

But if she and her label, EMI, can’t get us to give her a chart-topper the British way, they’ll try other avenues—like peoples’ hunger to fill that shiny new Apple gadget they’re opening on the 25th.

It’s a bit hard for Yanks to comprehend the United Kingdom’s annual obsession with their Christmas No. 1. For nearly 40 years—according to legend, ever since a 1973 chart battle between dueling holiday singles by the bands Slade and Wizzard—the U.K. press has covered, with a sense of breathless national import, the contest to top the Official Charts Company’s list for the week that includes December 25. Only the victors of various football cups seem to draw more fevered Fleet Street speculation.

From Boney M to Girls Aloud, major hit acts have strategically timed their high-priority U.K. singles for Christmas week. Numerous artists have recorded one-off tracks that are sentimental, mawkish or religious-themed (sometimes all of the above) in a bid to score a holiday topper—most prominently, British national treasure Cliff Richard, who’s succeeded with the gambit more than once.

There’s a cheesy, here-today flavor to the contest. Several novelty acts have nabbed the U.K. Christmas honor, including cartoon characters Mr. Blobby and Bob the Builder. Three configurations of Band Aid have taken the crown with recordings and rerecordings of “Do They Know It’s Christmas?” And for Simon Cowell, the annual sweepstakes has, over the last decade, served as a de facto advertisement for his singing competition The X-Factor—virtually every December, that year’s victor, like clockwork, has nabbed the Christmas No. 1 with a schlocky ballad. (This emerging ’00s tradition became so maddeningly predictable that, in 2009, the British public rebelled via a Facebook campaign and bought enough digital copies of an unruly old Rage Against the Machine song to give it the Christmas No. 1, a one-year respite from the parade of X Factor winners and an intended bird-flip to Cowell.)

All this would seem a harmless enough preoccupation, and for the British public, it is. But there are more serious issues at stake for the music business. When it comes to U.K. music-buying, the week leading to Christmas is the equivalent of our Black Friday in terms of hype. And unlike the loss-leader-oriented singles market in the U.S.—where retail tracks are little more than thinly profitable advertisements for full-length albums—the singles business in England is competitive, vibrant and lucrative enough that the industry actually cares, in a pounds-and-pence sense, about who comes out on top.

In America, meanwhile, the single topping the Billboard charts at Christmas has drawn no comparable media coverage. Over the Hot 100’s half-century history, late-December chart-toppers have followed no discernible pattern, with little more than accidental timing in their favor. (There hasn’t even been a Christmas-themed Hot 100 topper of any kind since the Chipmunks in 1958.) And other than the “Last Christmas Effect” discussed in this space recently, whereby December smashes tend to do better in Billboard‘s year-end charts 12 months later, having a Christmas No. 1 doesn’t seem to improve U.S. labels’ bottom lines all that much.

Instead, the biggest holiday-related bonanza on the Hot 100 occurs the week afterChristmas. Quietly and rather organically, a U.S. sweepstakes to rival Britain’s annual Christmas contest has emerged over the past half-decade, fueled entirely by the takeover and dominance of music retail by Apple’s iTunes and iPod.

Apple launched the iTunes Store in April 2003. Two years later, in February 2005, Billboard added sales by MP3/AAC retailers to the data pool for the Hot 100, officially kicking off the Digital Era on the U.S. pop charts. The move had immediate and far-reaching chart effects, making bigger hits out of poppier, 99-cent-friendly songs like Gwen Stefani’s “Hollaback Girl.”

The oddest chart-topper of that first year of the new digital-fueled Hot 100 came at the end of 2005: Atlanta snap outfit D4L scored a brief post-Christmas bonanza with their catchy, imbecilic “Laffy Taffy.” An explosion of 175,000 downloads—to that date, a record seven-day total for digital song sales—sent the song to No. 1 on the Hot 100 for one week in early January 2006 (delayed due to the typical Billboard lag in data-tallying and magazine-issue-dating).

The explanation for all that downloading was straightforward: A slew of teenagers found iPods under their trees. Already established as a strong seller for Apple since 2001, the pricey music player was, by 2005, spreading from adults to kids, and a large portion of them rushed to their computers to fill their new gadgets with southern rap, among other things. Billboard reported that iTunes sales in the week after Christmas 2005 had more than doubled the prior year’s volume.

Scoring a Hot 100 No. 1 had no greater effect on D4L’s career than a U.K. Christmas No. 1 had for Mr. Blobby; “Laffy Taffy” tumbled down the charts fairly quickly in the winter of 2006, and D4L never returned to the U.S. Top 40 again. But even if “Laffy” isn’t remembered among the greatest hits of the naughts, it earned a place in chart history as the first-ever beneficiary of the iTunes post-Christmas bonanza.

The effect grew larger over time, as iTunes topped Walmart to become the biggest music retailer, period, in America. And all but one of the songs that have won the Apple post-Christmas sweepstakes went on to top the Hot 100. (The exception: a 2006 hit by Fergie that was held back at No. 2, swamped by massive radio airplay for Beyoncé’s chart-topping smash “Irreplaceable.”)

Here’s a rundown of the best-selling digital songs in the week after Christmas each year since 2005, including one-week sales total according to Nielsen Soundscan and each song’s Hot 100 peak:

For the first few years of this emerging holiday contest, each victor did markedly better than the previous year’s. At the end of 2008, Lady Gaga’s first-ever chart-topper “Just Dance” rolled a total considerably off from the prior year’s monster by Flo Rida; blame the late-2008 Great Recession, which depressed sales for pretty much everything. But one year after Gaga, Ke$ha came roaring back with her first smash. “TiK ToK’s” 610,000 in sales is still the second-highest one-week digital total, and Mars’s 559,000 total the year after with “Grenade” ranks third. (The all-time record is now held by Flo Rida’s 2009 hit, “Right Round,” which sold 636,000 copies in, oddly, the middle of February.) While the iPod has cooled considerably as a Christmas gift since 2005, iPhone and iPad penetration and the widespread giving of iTunes gift cards to kids has kept the post-Christmas effect intact.

Here’s the thing about the above six winners of the iTunes bonanza: All were happy beneficiaries of accidental timing. Each of the songs, even D4L’s, was on its way up the Hot 100 in the weeks before Christmas. Not one of the songs was released to peak around December 25. Indeed, except for Mars’s hit last year, none of the above tracks even came from a high-priority fourth-quarter album release; and Mars’s “Grenade” was the second single from a disc that had been out since early October.

If the six tracks have anything in common, it’s that, around their respective Christmases, each was hanging around the top of iTunes’ list of best-selling songs. Apparently, success bred success—seeing the songs riding high on the iTunes homepage was all the incentive new iPod owners needed to click “Buy.”

Other than the labels’ perennial interest in selling lots of music around the holidays, there was little or no obvious strategizing that led to this dumb luck. Something tells me that’s all about to change.

After this year, it’s conceivable that the U.S. labels might start treating post-Christmas as a hyped, hotly contested iTunes sweepstakes akin to the U.K.’s Christmas No. 1. The catalyst: Katy Perry’s yearning to break out of her tie with Michael Jackson for most No. 1 songs from a single album. The song poised to give her the record wholesale, “The One That Got Away,” is currently at No. 4 on the Hot 100.

Last week, Capitol Records started circulating, online and to radio stations, a new remix of “One” featuring added rap verses from B.o.B It’s a repeat of the shameless tactic that got Perry her record-tying fifth No. 1 hit from Teenage Dream. Back in August, a late-inning remix featuring Missy Elliott gave “Last Friday Night (T.G.I.F.)” the last bit of oomph it needed to top the Hot 100 and tie the record held by Michael Jackson’s 1987 album Bad and its five No. 1 hits.

As for “The One That Got Away,” the last checklist item in Capitol’s campaign to get it into the Hot 100 penthouse is the digital release of the remix. As of this writing, the B.o.B mix isn’t available on iTunes or anyplace else. But rumor has it the track will hit the song-sellers later this week, possibly at the rock-bottom iTunes price of 69 cents.

The timing is so uncanny, it has to be intentional. If the “One” remix is sitting pretty at or near the top of iTunes’ best-seller list on Christmas morning next Sunday, the snowball effect will kick in, and hundreds of thousands of new iPhone and iPad owners will happily spend 69 cents for it.

Diabolical! Did Russell Brand help Perry dream up this U.K.-style tactic? Whoever thought of it, “One” soon could join “Laffy Taffy” in the pantheon of dubious No. 1 hits fueled by Apple gadgets.

And if Perry not only tops the Hot 100 but rolls a Flo Rida-crushing record sales number, you watch: Starting next year, the race to score the post-Christmas No. 1 on iTunes will make the U.K. holiday No. 1 gambit look like a grade-school Christmas pageant.