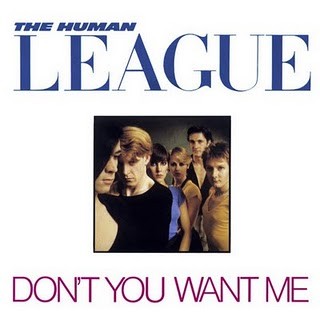 What was the first rock and roll song? Ask music historians and you’ll get a range of ’40s and early ’50 candidates, from “Good Rockin’ Tonight” to “Rocket 88.”

Ah, but when did the Rock Era begin? That’s easier. Everybody knows that Bill Haley and His Comets’ rendition of “Rock Around the Clock” was America’s first-ever No. 1 rock and roll song, topping the Billboard charts in the summer of 1955 and launching the Rock Era as we know it. Occasionally, musical epochs can be demarcated easily, with a bright temporal line.

So it goes with the era of the music video. The promotional-music-clip format is more than a half-century old, dating to the 1940s and raised to a high-pop-art form by such pre-’80s acts as the Beatles and Queen, among others.

But the music video era, better known as the MTV Era, began unequivocally 30 years ago this weekend—on August 1, 1981, the day Music Television went live on cable TV. The No. 1 song on Billboard‘s Hot 100 that week was “Jessie’s Girl,” by a guy so telegenic he was crossing over from a soap opera: General Hospital‘s Rick Springfield. Appropriately, “Jessie’s Girl” came packaged with a fairly slick (for its day) music video.

Here’s the thing about musical eras: the music doesn’t change instantly. In 1955, the second No. 1 hit of the so-called Rock Era was by a guy who loathed rock and roll—Mitch Miller, with “The Yellow Rose of Texas.” He was followed in the top slot by that hard-rockin’ classic, “Love Is a Many Splendored Thing” by the Four Aces. Arguably, there wasn’t another rock and roll chart-topper for nearly a year after Bill Haley—not until one Elvis Aaron Presley topped Billboard‘s chart with his 1956 smash “Heartbreak Hotel.”

Similarly, after Rick Springfield, the second No. 1 hit of the MTV Era came with no music video at all: Lionel Richie and Diana Ross’s megaballad “Endless Love.” (Check for it on YouTube, and the clip you’ll find is actually a Richie-Ross live performance from the 1982 Academy Awards.) Never mind the fact that in its first year, the rock-oriented MTV wouldn’t play clips by current black artists—”Endless Love” didn’t need a music video to be a smash. Neither, really, did the song that followed Lionel and Diana at No. 1: the similarly movie-driven “Arthur‘s Theme (Best That You Can Do),” by quite possibly the least telegenic pop star ever, Christopher Cross.

Let’s take a look at the 10 songs that followed “Jessie’s Girl” into the penthouse of the Hot 100 in 1981-82. See if you can spot the moment where the MTV Era fulfills its promise, “Heartbreak Hotel”-style:

Cue the guyliner: The Human’s League’s “Don’t You Want Me” is pretty unmistakably the moment the Second British Invasion, spurred by MTV, kicked off. It’s not as if the other No. 1 hits weren’t video-ready—indeed, except for the aforementioned Richie-Ross smash, all came packaged with a clip (well before MTV took off, the labels were regularly churning out promotional videos for clubs and TV outlets like Solid Gold). Some of these clips, like Newton-John’s oiled-up gym manifesto or the Geils Band’s schoolgirl fantasia, could even be called conceptual, if barely.

But these clips, most shot on cheap-looking videotape, probably didn’t play much of a role in the songs’ hit potential. And they’re completely outclassed by the sleek, self-serious mini-movie that serves as the League’s “Don’t You Want Me” clip.

Besides the all-around irresistibility of “Don’t” as a pop song, it surely never would have dominated American radio in the summer of 1982 if it hadn’t been for that video, and MTV. Prior to that moment, U.K. new wave was still pretty deeply unfashionable in the U.S. The list of songs we now consider turn-of-the-’80s Britpop classics that missed our Top 10, our Top 40 or even the entire Hot 100 is long and bewildering (“I Don’t Like Mondays,” “Video Killed the Radio Star,” “Love Will Tear Us Apart,” “Cars,” “Mirror in the Bathroom,” “Tempted,” “Just Can’t Get Enough,” “Town Called Malice,” to name a few). After “Don’t You Want Me,” the imminent U.S. dominance of Duran Duran and Culture Club becomes conceivable—the Human League created the MTV-to-radio feedback loop.

It’s important to note that televised music video play has never been factored by Billboard into the Hot 100. There are good reasons for that, not least MTV’s near-monopoly on video play in its early years. (Even now, in the YouTube era, video play is only counted toward the big chart if it’s on a fully music-oriented streaming website like AOL Music or Yahoo! Music; YouTube is a thicket of official and unofficial clips that don’t line up neatly with current pop hits.)

Despite the lack of direct video data on the pop charts, the record industry certainly monitored MTV closely. By 1984, the labels began signing exclusivity agreements with the channel for clips by their biggest acts. In October of that year, Billboard began tracking MTV play alongside its other charts; and the magazine redesigned its Hot 100 to include a little diamond symbol next to each song indicating the availability of a video.

No label in the mid-’80s would think of promoting a priority single without a music video. On the first redesigned Hot 100, less than one-fourth of the 100 charting songs have no video—and only four of those were in the Top 40. (In case you’re curious: Bruce Springsteen’s “Cover Me,” Prince’s “Purple Rain,” Kenny Rogers’s “What About Me?” and Cyndi Lauper’s “All Through the Night.” All were songs by established superstars who didn’t need the boost.)

The connection between video glory and chart success wasn’t one-to-one, even in MTV’s heyday. For example, “Thriller,” the seventh and final single from Michael Jackson’s album of the same name, peaked at an oddly modest No. 4 on the Hot 100 in the winter of 1984—this despite the song soundtracking the widely-agreed-upon Greatest Video of All Time. The singles for such iconic ’80s videos as Duran Duran’s “Rio,” Herbie Hancock’s “Rockit,” Van Halen’s “Hot for Teacher” and Tom Petty and the Heartbreakers’ “Don’t Come Around Here No More” missed the Top 10 despite blanket MTV play.

Still, these middling hits were exceptions—by and large, a cutting-edge or heavily played music video was, for MTV’s first decade, the surest route to a Hot 100 smash. Looking just at the videos that took home the channel’s moonman statue for Video of the Year at the Video Music Awards, from 1984 to 1991 all but one (Neil Young’s wonderfully satirical, un-radio-friendly “This Note’s for You”) were arguably made bigger hits by their acclaimed videos: the Cars’ “You Might Think”; Don Henley’s “The Boys of Summer”; Dire Straits’ “Money for Nothing”; Peter Gabriel’s “Sledgehammer”; INXS’s “Need You Tonight”; Sinéad O’Connor’s “Nothing Compares 2U”; and R.E.M.’s “Losing My Religion.” And I mean much bigger hits—four of those seven winners, from Dire Straits to O’Connor, were the acts’ first and only U.S. No. 1 hits.

Likewise, the late ’80s rise of metal and hip-hop on Top 40 radio after years in the pop wilderness can be attributed directly to MTV. The difference between “You Shook Me All Night Long,” a No. 35 hit for AC/DC in 1980, and “You Give Love a Bad Name,” a No. 1 hit for Bon Jovi in 1986, was the rise in value over those six years of a double-entendre and a pile of hair. Or consider Tone Loc’s wry video for “Wild Thing,” which had the benefit of being released in 1988, the same year Yo! MTV Raps debuted; compare its No. 2 Hot 100 peak to the similarly brain-sticky “Rapper’s Delight” by the Sugarhill Gang, which couldn’t get past No. 36 in 1980.

What happened that began to sever the connection between music videos and chart success after 1991 was, in retrospect, inevitable: the rise of genres like alt-rock that did better on MTV than on Top 40 radio (VMA winners like Pearl Jam’s “Jeremy” and Smashing Pumpkins’ “Tonight, Tonight” weren’t destined for drive-time airplay); and MTV’s gradual move away from music videos. The rise of teenpop at the turn of the millennium, coinciding with the launch of the midday MTV juggernaut Total Request Live, briefly reconnected the Hot 100 with video ubiquity—even if TRL wouldn’t play more than a minute or two of an *N Sync or Christina Aguilera clip before cutting to Carson Daly.

Billboard, in another chart redesign in the early 2000s, finally dropped the music-video symbol from the Hot 100. The labels, for their part, slashed music-video budgets, particularly during a decade when MTV relegated videos to twilight hours and YouTube either didn’t exist or hadn’t established itself as a revenue-generator. During the aughts, most Hot 100 No. 1 hits still received video treatment, but it’s arguable whether the clips had much effect—No. 1 smashes like Daniel Powter’s 2006 “Bad Day” or Leona Lewis’s 2008 “Bleeding Love” got a bigger boost from reality TV than MTV.

That said, we appear to be at the precipice of a renaissance in the music video’s effect on chart success. The rise of the Digital Era on the Hot 100 has meant the public has a faster, more direct way to affect chart position than ever before; and a heavily circulated and blogged video can goose iTunes sales and affect chart position within a week or two.

The effects have been magnified in our current female-pop mini-era: from Beyoncé’s iconic clip for “Single Ladies,” to Katy Perry’s recent string of No. 1 hits backed by big-budget extravaganzas, videos are having a more noticeable effect on the Billboard charts than they have in a decade. When Perry dropped her F/X-heavy clip for “E.T.” in late March, the resulting rise in iTunes sales of the single sent it to the top of the Hot 100 in early April.

It has been argued that the Rock Era quietly ended more than a decade ago, as nominally “rock” songs became disadvantaged on the radio and the charts in favor of hip-hop and pure-pop genres. If that’s true, the end date, unlike the 1955 start date, is murky and impossible to pinpoint. By the same token, the MTV Era may have ended at some unspecified moment around the turn of the century, one we’ll never be able to isolate. (The day The Osbournes debuted, perhaps?)

But just as rock and the movement it inspired will never fully recede, the music video’s long-predicted death has been greatly exaggerated. If Billboard ever decides to add YouTube or Vevo view counts to the Hot 100 formula—and the labels discover it makes big hits into bigger ones—watch out.