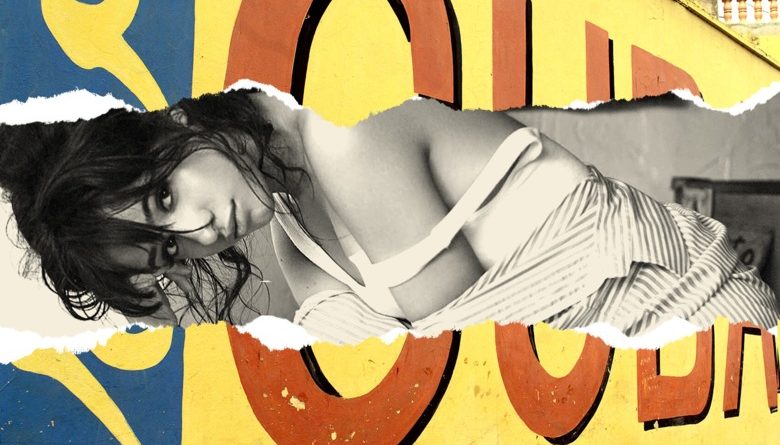 With “Havana,” Camila Cabello emerges as a solo artist on her own terms.

Patience is a virtue, and for emerging pop megastars, January is the most virtuous month. At this time two years ago, Justin Bieber tied an all-time record on Billboard’s Hot 100, just for waiting: His tropical-house smash “Sorry” sat at No. 2 for eight weeks before finally rising to the top. Bieber’s eight-week wait to ring the bell matched a 2004 mark set by Outkast’s “The Way You Move” (also a midwinter hit). And this week, the even younger but no less promising Camila Cabello goes the distance, hitting No. 1 after seven weeks parked in the runner-up slot.

“Havana,” her team up with rapper Young Thug, sat at No. 2 through most of November, December, and January, waiting out not one but two chart-toppers—Post Malone’s team up with 21 Savage, “Rockstar,” and Ed Sheeran’s duet with Beyoncé, “Perfect.” With the Sheeran single waning—a week ago Bey’s name was actually removed from the single’s credit because the duet version of “Perfect” was no longer generating enough sales or streams—Cabello finally sees her forbearance rewarded as “Havana” slips into the No. 1 slot.

That’s not to imply that the top slot was Sheeran’s to lose and Cabello wins it by default. “Havana” is a serious, enduring hit: It topped Billboard’s Radio Songs chart before Christmas and remained radio’s most-heard song for the next month. You can see why radio likes it—the song is seriously insinuating, milking a jazzy Afro-Cuban piano clave better than anything this side of ’90s house. An homage to Cabello’s hometown—she was raised in the Eastern Havana village Cojímar—the song’s sticky refrain, “Half of my heart is in Havana-ooh-nana,” joins such seminonsensical classics as “Up-town/ Funk you up/Uptown funk you up” and “Ro mah ro-mah-mah/ Gaga-ooh-la-la” among  this decade’s chart-conquering brain fungi. Moreover, by topping the charts just four months after the end of the epic run by “Despacito,” “Havana” suggests that the pop boomlet I recently termed Latin Boomita 2.0 might prove at least as persistent as the Latin Boom 1.0 of 1999. If there’s any downside to “Havana” finally reaching the penthouse now, it’s that January is a strange month for a chart-topper as sultry and steamy-sounding as this. (Then again, that’s happened before, too.)

Lest anyone doubt Cabello’s pop trajectory, she’s having an excellent week all around. Her debut solo album Camila tops its respective chart, debuting at No. 1 on the Billboard 200, which likely boosted “Havana’s” own Hot 100 fortunes. The album’s debut was impressive, because as recently as a week ago, Cabello’s album was forecast to be in a tight race with the chart-topping soundtrack to the Hugh Jackman movie musical The Greatest Showman. Instead, Camila exceeded expectations and wound up beating Showman handily. As Billboard points out, Camila’s eponymous disc enters the record books as one of a handful of No. 1 albums by solo women who previously charted with a group—from Big Brother and the Holding Company’s Janis Joplin to the Fugees’ Lauryn Hill to No Doubt’s Gwen Stefani.

Oh yeah, about that group: Cabello is a former member of Fifth Harmony, the Voltron-like five-person girl group organized by Idol-maker Simon Cowell from five solo contestants on his TV talent competition The X Factor. It was the same formula Cowell and his judges used to cobble together boy band One Direction from five solo dudes. One Direction was formed from contestants on the British edition of Cowell’s X Factor in 2010, and Fifth Harmony from aspirants on the American edition in 2012. But other than that and, obviously, gender, the two fivesomes’ origin stories were largely the same.

What truly distinguishes the two groups’ respective arcs is Cabello, and her boldness in taking the reins of her career, artistically and professionally. Not to be too grand about it, but in our moment of female self-assertion, Cabello’s move toward calling the shots is fairly inspiring for the world of prefab pop.

As recently as 18 months ago Cabello was still scoring Top 40 hits with Fifth Harmony, including their summer 2016 smashes “Work From Home” (No. 4) and “All in My Head (Flex)” (No. 24). All told, between 2013 and 2016, 5H scored three Top 10 albums and a handful of Top 40 hits. But Cabello was already double-dipping as a soloist when the band was scarcely two years old. In late 2015, she scored a hit duet with Shawn Mendes, “I Know What You Did Last Summer,” reaching the Top 20 by January 2016. One year later, another duet, this time with rapper Machine Gun Kelly—the Fastball-biting “Bad Things”—reached the Top 10, peaking at No. 4 in February 2017.

Such early moonlighting by Cabello was unusual for an artist from a Cowell-created pop group. Normally, the Simon philosophy is generally understood as Don’t break from the band, don’t screw with the brand. One Direction remained fully intact and undistracted for a full half-decade, its five members issuing not so much as a featured vocal on a single under their own names—not even long-anticipated solo superstar Harry Styles. While the restless Zayn Malik did finally break away in 2015, departing the group and scoring the early 2016 No. 1 hit “Pillowtalk,” he had patiently waited out four chart-topping 1D albums before making his move. (All five members have since issued solo albums and/or singles, the other four more than a year after the group’s announced hiatus.) Cowell appeared to have learned a lesson from his former partner Simon Fuller’s creation, 1990s fivesome the Spice Girls, who held together for two blockbuster albums in 1996 and 1997 before dissent formed in the ranks.* A 1998 U.K. chart-topper by “Scary Spice” Mel B. likely hastened the departure of “Ginger Spice” Geri Halliwell and accelerated the group’s 2000 breakup.

Cabello wasn’t even born in 1996 when the Spice Girls began their chart-conquering run, but she must have learned a lesson or two from them about the need to establish oneself within the confines of a fabricated girl group. According to a fascinating New York Times profile, Cabello was indeed angling for a solo career while the group was at its height, above and beyond her one-off collaborations with Mendes and Kelly. She finally left Fifth Harmony in December 2016, even more acrimoniously than Ginger Spice left the Spice Girls back in the day—warring press statements, the works. Although to hear Cabello tell it, she was pushed out rather than jumped, with intragroup tension dating as far back as the 2015 Mendes single and ultimatums issued regarding her outside recording activity. “I was just curious, and I wanted to learn, and I saw all these people around me making music, writing songs and being so free,” she told the Times’ Reggie Ugwu. “It became clear that it was not possible to do solo stuff and be in the group at the same time,” she realized, adding that “if anyone wants to explore their individuality, it’s not right for people to tell you no.”

The four remaining Harmonizers have been openly shady about Cabello’s departure. Even if you do not keep up with the day-to-day dramas of pop stars, you might have seen a headline or two about 5H in September, following their appearance on the MTV Video Music Awards: During their live performance, the remaining foursome pantomimed a venomous stunt to signal their freedom from Cabello, throwing a faceless fifth member off the stage at the start of their song. If this was their effort to gain control of the media narrative and the upper hand on the charts, it didn’t work. Fifth Harmony’s first album sans Cabello, a self-titled release issued in August, spent a scant four weeks on the album chart (for comparison, the group’s 2016 album with Camila, 7/27, rode the chart for about nine months) and generated no Top 40 hits. Fifth Harmony never scored a No. 1 album or No. 1 single, either with or without Cabello. With one solo album, Cabello has already achieved what eluded the group.

But the 20-year-old Cabello didn’t only have to stand her ground with her former bandmates. After all, “Havana” is not Cabello’s first solo single post 5H—last summer, well ahead of the album’s release, Cabello released “Crying in the Club,” a midtempo dance-pop track generated by an all-star teaming of singer-songwriter Sia Furler and hit-making producer Benny Blanco. The track was polished and radio-friendly—with vocals strongly reminiscent of Sia’s hits and a midtrack tropical-house hook that sounded like it was straight out of Ed Sheeran’s “Shape of You”—and utterly anonymous. The song came to Cabello fully formed, and while she had a hand in rearranging its bridge, the finished product could have been recorded by anyone. It debuted and peaked last June at No. 47 on the Hot 100 and is not included on the just-released Camila.

The song that ultimately proved Cabello’s salvation came about when she was more intimately involved. Presented with the bones of a salsa hook by hit-maker Frank Dukes—producer of hits by Rihanna, Drake, and Lorde—Cabello was inspired and wrote the chorus of “Havana” from scratch, keying into the sound of her Cuban homeland. Cabello’s manager told the Times that the lesson they took away from all this “was that we were most successful when Camila trusted in her own instincts.” The finished product is Latin pop closer to Jennifer Lopez than Marc Anthony—less salsa than salsa-adjacent—but it comes from a relatively organic place.

Of course, organic is a funny term in the world of 2010s pop, considering the cast of dozens involved in most hits. Even “Havana,” thanks to production assistance from the likes of Pharrell Williams, hook assistance from rising songsmith Starrah, and Young Thug’s rap, wound up with 10 credited songwriters. But of course, this is the world from which Cabello sprang: The history of smash girl groups, dating back to the Supremes and the Phil Spector stable in the ’60s, is chockablock with industrial machinations and producer meddling.

The ultimate question is who’s in charge of the finished product. Fifth Harmony, in particular, always seemed empty to me; I long regarded their hits as having solid verses and catchy pre-choruses building to wafer-thin refrains. (Their biggest hit, “Work From Home,” was the worst offender, essentially working its way up to a chant, and not one I found compelling.) “Havana” is another product of many hands, but Cabello’s persona—her voice—overrides. Like Beyoncé, who is widely regarded as the auteur of her albums even while commanding an army of collaborators, Cabello is figuring out how to realize her vision through the machine.

In a smart article for the Ringer bemoaning the dearth of successful girl groups in the 2010s, critic Lindsay Zoladz both praises “Havana” and mourns Cabello’s need to leave Fifth Harmony to express herself and find her muse. While I cosign Zoladz’s observation that girl groups, post–Beyoncé and Destiny’s Child, have essentially become farm teams for solo acts, perhaps the case of Cabello shows that the material improves when a woman can shape her own destiny. One month into 2018, it’s already clear this year won’t be a repeat of 2017, when we didn’t have a No. 1 song by a woman until September. Beyond representing for the ladies and her Latin heritage, the success of Camila Cabello offers the encouraging possibility that, in 2018, a wider array of chart-toppers might sound like the product of a singular pop vision.