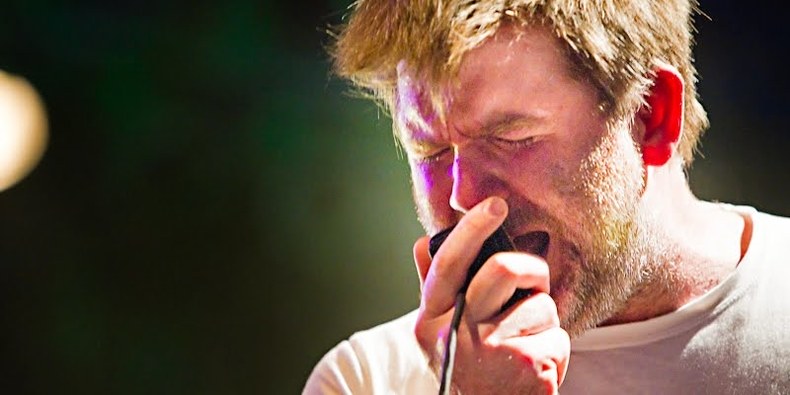 That’s how it starts: They go back to the stage. As one of the most acclaimed live acts of the last decade, LCD Soundsystem will, naturally, kick off their long-predicted comeback with a headlining slot at Coachella, with a full tour to follow.

But James Murphy wasn’t inspired to reboot his project-cum-band out of a yearning to host a new series of concerts. He wants to record new songs. And as a man with not-so-secret ambitions, he’s clearly dreaming big when it comes to LCD’s first album in six years, and not just about artistic potential. In all, LCD Soundsystem’s album catalog has sold fewer copies, combined, than a single new Drake album sells in a month. Surely, Murphy figures, they must be able to do better this time.

Say this for Murphy: He doesn’t hide his agendas. Oh sure, maybe he hides his immediate plans from his own DFA label boss, who was denying the rumors until the bitter end. But within hours of making LCD Phase II official, Murphy posted a long letter-cum-apologia on his website laying bare his motivations for the reboot. He cited a number of reasons—avoiding the “horrifying” spectacle of touring again under another made-up band name and without bandmates Nancy Whang and Pat Mahoney, as well as the hunger to “play better than we’ve ever played, frankly.”

All fine reasons, but the LCD apologia letter is largely about wanting to record again. Its very first words are, “I write songs all the time.” Which makes one wonder: How excited is the nation for a new LCD Soundsystem album? (I’m excited, but I’m a forty-something white dude from Brooklyn.) How warmly will such an album be greeted nationwide?

I asked the folks at Nielsen to provide me with a complete SoundScan history of the LCD catalog. It wasn’t a difficult task: LCD Soundsystem issued only three traditional studio albums in its eight-year recording career, dating from the 2002 release of the “Losing My Edge” single (the debut album containing that song materialized three years later), to the spring 2010 release of purportedly final album This Is Happening. Here’s what Nielsen provided—they were also nice enough to offer a physical-vs.-digital breakdown:

In short, the LCD Soundsystem catalog isn’t even collectively platinum—if such a collective award existed—and no single album is even halfway to gold. For the record (and for those of you doing math in your heads), the roughly 90,000-album gap between the three main albums and the band’s total career sales is—according to Nielsen—composed of EPs, live albums and other such ephemera. Singles are tracked separately; according to Nielsen, LCD’s total track sales are 845K, and total on-demand streams are 63 million. The latter is a modest streaming number but unsurprising, considering Spotify launched in America the year after LCD went on hiatus. (For comparison, tracks from Justin Bieber’s latest album were streamed more than 80 million times just in the last two weeks.)

Why does any of this matter? As a lover of the charts but also a fan of certain strains of modern rock, from time to time I like to explore the sales histories of major indie bands. It provides some much-needed perspective on just how modest the reach of these bands is, the ones we in music-nerd world obsess over. (It’s a shame Nielsen doesn’t offer regional sales breakdowns—I’d love to know how many of those 672,000 LCD Soundsystem albums sold within a five-mile radius of upper Brooklyn.) Sales data might seem rather beside the point for a band with LCD’s deep-but-narrow commercial profile. But for the record: James Murphy cares, too.

Does anybody remember the time Murphy asked his fans to give him a No. 1 album? Back in 2007, on the eve of Sound of Silver’s release, Murphy was unimpressed with the promotional plans Capitol Records (retail distributor of the DFA label) had for the album, and he decided to just ask his fans for a chart-topper. As of early ’07 just over 60,000 people had purchased the band’s 2005 debut disc LCD Soundsystem; Murphy hoped all of them would show up to buy Sound of Silver immediately. With a charming can-do spirit, Murphy took to the DFA blog in February 2007 and proposed that they concentrate their purchases into the album’s first week. “Dreamgirls was the Number One record in the U.S. [in late January] with a Billboard scan of 60,064 sold this week,” Murphy wrote. “Meaning, straight up, if everyone who bought the first record bought S.O.S. when it’s released then we’re totally Number One. Anyway, it’s a dream, and I’ll be able to move on to my other life as a mailman after that, because it would be all downhill from there for me.” Even if this had been an effective promotional strategy, it would have been a tall order—there are weeks when 60,000 copies is a large enough total for a No. 1 album, but most weeks back then it meant, at best, a Top 10, maybe Top Five album. (The January week the Dreamgirls soundtrack topped the chart was an especially weak one.)

In the end, Sound of Silver charted well below Billboard’s penthouse. It opened—and peaked—at No. 46 in early April 2007, with 15,000 in first-week sales. Although Murphy’s tactic failed, Silver was in fact LCD’s first charting album, just missing the Top 40. And while it’s doubtful his goofy campaign helped much, Silver’s opening sales were more than three times the size of any prior week by the LCD Soundsystem album. (It was actually a good moment for indie-identified bands, as the album debuting at No. 1 that very week was Modest Mouse’s “Float On”-follow-up disc We Were Dead Before the Ship Even Sank, with 129,000 in debut sales. One imagines some portion of record-store visitors picking up Modest Mouse that week also grabbed Sound of Silver.)

Basically, Murphy has been thinking about the unlikelihood of his pop career from the start, and trying to reach new improbable career milestones at every turn: topping the charts, selling out Madison Square Garden. And as the band’s fanbase grew, each LCD album did markedly better than the one that preceded it. If LCD really had hung it up in 2011, Murphy could take heart that the band did in fact score one Top 10 album: This Is Happening debuted at a very respectable No. 10 in June 2010, with 31,000 in first-week sales. That’s double the sales of Silver’s debut week.

Six years later, it’s not farfetched to wonder whether a fourth LCD album could do even better. The band is coming back after an absurdly short period for a “farewell.” (Perspective: Justin Timberlake took six-and-a-half years between albums, and he never said he was hanging it up. There have been breaks between Wu-Tang Clan albums longer than LCD’s gap.) During their hiatus, LCD’s three canonical albums have sold modestly but steadily. Note that the roughly 60,000 copies the eponymous debut sold by 2007 has, by now, more than doubled. In early 2012, when I wrote a piece about the sales of Pazz and Jop–topping albums for the Village Voice, sales of Sound of Silver (winner of Pazz 2007) stood at 178,000; now, at 225,000 in pure sales, that total is up 26%—and that’s during a half-decade where the band did absolutely nothing.

Mind you, the fact that the band sat idle for five years is not necessarily helpful for their commercial prospects. The thing is, though, Murphy & co. didn’t sit out just any five years. They checked out during the period where electronic dance music rebooted the sound of the radio. While LCD Soundsystem were gone, Daft Punk—you remember, the guys who were playing at Murphy’s house?—made a comeback (really more like a pop coming-out) that crushed their entire prior sales history.

Of course, that amazing Daft Punk chart performance was only a little about affection and nostalgia and mostly about a big hit song, something LCD Soundsystem has never had. And I mean never: LCD hasn’t so much as appeared on any of the mainline Billboard song charts—not the Hot 100, not Alternative Songs, not even Club Play. (Some of the band’s limited-edition or Record Store Day releases have appeared on the magazine’s tiny, low-sales-bar Singles Sales or Dance Sales charts, and even then only briefly.) Even Murphy’s attempt to play the catchy, dopey and radio-friendly game in 2010 with “Drunk Girls” did nothing on modern rock radio, let alone Top 40. To the best of my knowledge, the only hit song to sport a “J. Murphy” fine-print credit in Billboard magazine was the Murphy-produced 2013 Arcade Fire single “Reflektor“—and that spent one week on the Hot 100, peaking at No. 99.

The kind of dance and electropop that gets played on the radio in 2016 isn’t exactly the Liquid Liquid– and ESG-derived dance-rock LCD proffers. On the other hand, Daft Punk’s “Get Lucky” didn’t sound like much else on the radio in 2013, either. “Lucky” stands as one of the greatest singles of this decade; it’s unrealistic to expect Murphy to replicate that, though if his letter is to be believed he’s certainly aiming that high. Anyway, it’s not even essential that Murphy record a pop-radio anthem. The last 12 months have brought us fairly improbable, non-radio-driven No. 1 albums from the likes of Alabama Shakes, Florence and the Machine, and, this very week—for the first time ever—David Bowie. In all of these cases, the key was dropping the album during a relatively quiet release week (even Bowie, who even before his sad passing wisely chose the January doldrums to issue his final disc). All Murphy has to do is pick the right moment to drop LCD’s storied comeback.

Bet on it: The guy who tried to foment a Billboard mini-movement in 2007 is formulating just such a plan right now—timing his band’s festival saturation and album release for maximum impact. LCD Soundsystem’s comeback has been called a “death of indie” moment, and it’s been called a generation confronting its own mortality. But for James Murphy, it’s one more chance to check the charts and start to figure it out.