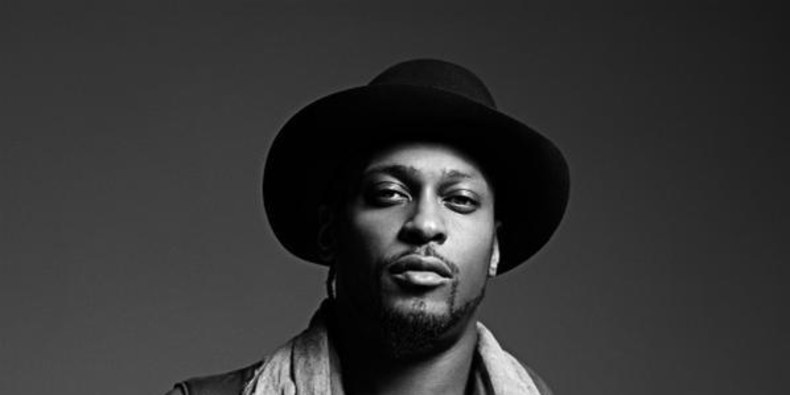 Since it landed like a joy-bomb late Sunday night, D’Angelo’s long (long!) awaited Black Messiah has upended critics’ and music nerds’ end-of-year conversations, with some outlets slotting it as their No. 1 album of 2014 just two weeks before the end of the year. But one list Black Messiah won’t be No. 1 on anytime soon is Billboard’s.

The album, credited to D’Angelo and the Vanguard, is virtually guaranteed not to debut on top of next week’s Billboard 200 album chart. Moreover, the album will likely debut to a sales number well below the blockbuster numbers rolled by a certain other major album that dropped with no warning in mid-December.

Comparisons to Beyoncé’s December 2013 self-titled release are inevitable. Both Beyoncé and Black Messiah are statement albums, meant to be consumed in toto, by R&B stars coming back at the top of their game. Both were by artists whose movements have been followed intensively in the marketplace, amid rampant speculation about their respective comeback projects’ contents. Both albums were stealth releases dropped with little advance market preparation—mere days of warning in his case, total silence in hers—and miniscule advance leaks.

For Mrs. Carter, at least, a stealth drop after all that buzz worked like gangbusters: Beyoncé debuted last December to 617,000 in sales, obliterating even the most optimistic early estimates for its first week. And “week” is something of a misnomer—when Beyoncé arrived as an iTunes exclusive last December, it showed up late on a Thursday, giving the album just over three days to amass sales before Nielsen SoundScan’s tracking week ended Sunday at midnight. It didn’t matter: B’s album debuted at No. 1 over discs that had been in stores all week.

By contrast, Black Messiah will have a full seven days in stores to amass a first-week sales total. (Nielsen reports that all sales, including stray iTunes downloads in the last few hours before Sunday midnight, are being counted in this week’s tally and next week’s Billboard chart.) And unlike Beyoncé, D’Angelo hasn’t limited his venue of sale in its first week—while iTunes saw the first wave of sales Sunday night from ravenous D’Angelo fans, by Monday morning the album was everywhere. You can buy Black Messiah on other digital-music sites. You can stream it on Spotify, which now counts for the album chart. You can even acquire it on good old-fashioned compact disc (apparently Kanye’s medium of choice).

Given what Queen B did a year ago, one could be forgiven for making feverish sales predictions for Sir D. What if her album had been available at all retailers instead of just iTunes, and it dropped on a Monday? (For the record, Beyoncé sold 991,000 in its first 10 days—the first abbreviated week plus the second full week.) Even if D’Angelo is far less famous than she, surely fan anticipation after a decade-and-a-half wait between albums counts for something? Maybe not Taylor Swift numbers, but some sizable six-figure sum?

Not so much: Early word is he’ll be lucky to break 100K. Billboard reports industry forecasts of 90,000 to 100,000 for Black Messiah’s first week. The math from Nielsen is only slightly more optimistic—its Building Sales Chart, a midweek tally of how albums are doing partway through the week, reports Black Messiah selling just shy of 50,000 through Tuesday. Typically, midweek numbers for debuting albums go up by two to three times by week’s end; that would put D’Angelo at up to 150K for the week, but probably closer to the century mark. That sales total would put the album somewhere in Billboard’s Top 10 or possibly even the Top Five, but well short of Swift’s perennial blockbuster and Nicki Minaj’s new disc The Pinkprint.

What’s fairly surprising about this number for chart followers with long memories is that D’Angelo’s been to No. 1 before, and with a much larger sales number: 2000’s classic Voodoo debuted on top with first-week sales of 321,000. Of course, that was during the biggest album-sales year in the music industry’s history, when the compact disc was at its peak and median No. 1–debuting album did so with more than a half-million in sales. So even dropping his album in the slow sales month of January ensured D’Angelo would do well, because said album dropped in 2000. Moreover, Voodoo was led by “Untitled (How Does It Feel)”, a future smash single (R&B No. 2, pop No. 25) that also sported the most buzzed-about music video of the year (a skin-baring clip the artist later came to view as an albatross). Nearly 15 years later, with album sales across the board decimated and D’Angelo uninterested in releasing videos, even the most critically acclaimed album by the reclusive R&B star—and Black Messiah is about as acclaimed as it gets—was likely to sell less well.

So then, how did Beyoncé make her album such a capital-e Event in the crappy sales climate of 2013? Obviously she’s far more famous than D’Angelo is. But last year Bey was coming off a 2011 album that was a chart underpeformer. If she could pull off a comeback, why can’t he, given fans’ pent-up excitement over his return? For one thing, Bey is more willing to work the hustle than D. is. Her 2013 opus was issued as a “video album,” with high-gloss, sexy clips for all of its tracks; in its initial iTunes exclusive Apple sold the album as a complete audiovisual bundle. This was a smart move—if an artist is going to drop a surprise album just before Christmas, she is trading on her fame but also expecting music fans to buy into a conversation. Buyers of Black Messiah this week are buying into a conversation among music nerds and R&B/hip-hop-heads about a genius album; buyers of Beyoncé 12 months ago were buying into all that and a multimedia experience.

There’s also been some chatter about Black Messiah appearing on Spotify, and how that’s harmed its sales. Without a doubt, streaming cannibalizes sales for many artists. But again, those streams now count for the Billboard 200—by sheer coincidence D. waited to drop Messiah until Billboard changed its album-chart rules. And anyway, the difference between his numbers and Beyoncé’s last year are larger than streaming can explain.

In the end, a lot of this superb album’s modest sales can be explained by D’Angelo’s epic wait between albums. Apparently you can be gone too long.

I once coined a term, “The AC/DC Rule,” to describe the phenomenon of albums that debut to higher sales numbers fueled by pent-up anticipation from fans who loved a prior, slower-selling disc. Often, the new album’s blockbuster opening is divorced from the hit-making ability of the album itself. (Think Kid A debuting to bigger numbers than OK Computer.) Recently, we’ve seen evidence that going away for years at a time doesn’t hurt and in fact may help a long-awaited return—early in 2013 Justin Timberlake’s The 20/20 Experience, his first album since 2006, debuted to nearly a million in first-week sales, defying early predictions. Seven years away was apparently not too long.

But 14 years? I think we are discovering the limit to the AC/DC Rule: A decade-plus may be too long for an artist to go away and expect a sizable fanbase to remember or care. Two other examples leap to mind—one from the ’00s, the other from this year.

The former example is Chinese Democracy, the Guns n’ Roses album that finally dropped in November 2008, after 14 years (there’s that D’Angelo number again) of expensive studio labor and only Axl Rose left standing among original members. Throughout the early 2000s speculation ran rampant about how big the album’s debut would be if it ever appeared; a million-sales week was not ruled out, given how well the band’s Use Your Illusion sets debuted in the early ’90s. But when the Clinton-era Democracy finally landed a couple of weeks after Barack Obama was elected president, only 261,000 U.S. buyers showed up, and the album debuted at No. 3 behind Kanye West and Taylor Swift.

The other example is less than two months old: country überstar Garth Brooks’s comeback set Man Against Machine, the first studio album in 13 years by the biggest-selling artist of the 1990s. In many ways, the iTunes-averse Brooks made things harder on himself than he needed to, releasing his comeback set exclusively on his digital platform GhostTunes. Still, all through the ’00s, Brooks’s CD box sets and hits compilations had sold consistently—while he was away from recording, fans of his old work were still showing up. But they weren’t all that interested in new Garth music, and neither was a younger generation of country listeners: When Man Against Machine finally landed in early November, it did so with an anemic 119,000 copies and a No. 4 debut. Brooks still sells out arenas nationwide, but more than a dozen years may have been too long to disappear from recording.

The same goes for D’Angelo—but maybe a smaller profile is exactly what he wants. During his own long hiatus, he wrestled not only with his muse but with his own fame, concerned that his legend in the early 2000s was premised on image more than music. To be sure, no less than Beyoncé, D’Angelo wants to move the culture; he accelerated Black Messiah’s release to respond to 2014’s devastating headlines on Michael Brown and Eric Garner, among others. And this stellar, soulful record has made an impact on critics and R&B diehards—but fans might hope his message of challenge and comfort extends to a wider population. Then again, for R&B’s most admired recluse, maybe 100,000 listeners in a week is more than enough.