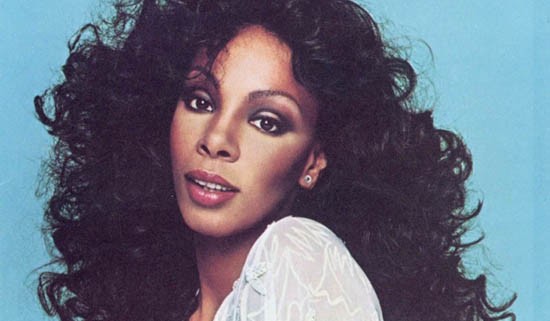 In the two-family house where I grew up in Bensonhurst, the two musical acts I heard most often, blasting from stereos at the top and bottom of the house, were the Beatles and Donna Summer.

The former was more my parents’ speed, although my teenaged cousins who lived downstairs played the Fab Four plenty, too. But for me, my sister and my cousins, Donna was omnipresent. More than a disco queen, Summer was a deity we could call our own, a Boston native who recorded with Italians, married a Brooklyn paesano and fronted a group called Brooklyn Dreams. With that powerful, breathy-to-guttural-to-rafter-shaking mezzo-soprano, she recorded music of both florid grandeur and hard precision, the very essence of urban life in the 1970s.

She was, in short, an honorary New Yorker. Which I imagine is how hundreds of born-and-bred New Yorkers unconsciously regard the news today of her untimely death at age 63 from (reportedly) lung cancer. Regardless of where her upbringing and musical training had taken her—a childhood and adolescence singing in churches in Dorchester, salad days in Germany in the musical Hair before she met her Berlin-based studio collaborator Giorgio Moroder—Donna, to the end, belonged to all of us: outerborough ethnics; Manhattan velvet-rope aesthetes (and those who pretended); the gay, black and Latino communities.

Of course, if you’re reading this in Detroit or Las Vegas or Minneapolis or Atlanta or Los Angeles or London, Donna spoke to you, too. Considering her lifelong association with a communal, hedonistic pop-culture moment, it’s remarkable when one plays back her oeuvre how intimate, almost solitary her great works really were. Call her the Wanderer, for her ability to stretch, adapt and transmogrify dance music until it embraced everyone and everything.

The list of milestones she achieved within that purportedly limited genre, well before the invention of countless post-disco subgenres, deserves more recognition. She was the first to popularize the 12-inch single—a format previously consigned to deejays and only barely commercially available in 1976—and turn it into a kind of AOR-era art, with the tantric “Love to Love You Baby.” It was the first of her decades worth of No. 1s on Billboard‘s Dance Club Play chart, a total that stretched to 2010 and includes anywhere from 14 chart-toppers to 22, depending on how one counts her many album cuts that disco-era jocks spun (another practice she led).

Famously, she and Moroder pioneered the genres of techno and electronic dance music with “I Feel Love” (No. 6, 1977) built on the first known all-synthesized track and still utterly fresh and timeless. With the Thank God It’s Friday theme song “Last Dance” (No. 3, 1978), she won the first Best Original Song Academy Award for a dance or disco song. Reportedly, the unassisted, gospel-worthy note she holds for 16 seconds near the start of my favorite song of hers, “Dim All the Lights” (No. 2, 1979), is the longest-ever sustained note by a female artist in a Top 40 hit.

For all her lungpower, she was more than a diva—at a time when music fans chose sides on the question of disco, Summer played on the rockers’ turf. Her Bad Girls album, which spawned the crossover smashes “Hot Stuff” and “Bad Girls” (both No. 1, 1979), shrewdly and adeptly grafted disco to rock, better than the Stones or Rod Stewart had adapted rock to disco—on her terms, not the rockers’. That double album followed 1978’s Live and More (still dance music’s only No. 1 live album) and preceded late 1979’s On the Radio: Greatest Hits atop the Billboard album chart. That consecutive trio of No. 1 doublealbums is still a record, and something no guitar-wanking, Side Three-choking dude, from Zeppelin to Frampton, ever achieved. Madonna’s ability to credibly carry herself like a classic rocker owes more than a little to Donna.

Summer never betrayed or abandoned disco or dance music—a credit to her as an artist—but after 1980 she adapted better to contemporary tastes than virtually all of her ’70s peers (particularly the Bee Gees; only Chic’s Nile Rodgers, as a producer, really outdid her). Her 1983 Top 10 smash “She Works Hard for the Money” is electro-conversant MTV dance music, a year before Madonna broke. Her 1988 transatlantic smash with the U.K.’s Stock-Aitken-Waterman production team, “This Time I Know It’s for Real,” is her most underrated hit—a credible disco update lacking in retro fetishism, her singular voice fully intact. Though she never again returned to the U.S. Top 40 after 1988 or the U.K. Top 40 after 1996, her roughly two decades as a hit recording artist rather belie her date-stamped reputation as a disco act.

It is that reputation, one is certain, that has prevented the Rock and Roll Hall of Fame from inducting Summer, after years of eligibility and at least one confirmed shortlist appearance. The Hall got rather lucky this year, inducting the Beastie Boys mere weeks before Adam Yauch’s untimely death. Should the voting body do the right thing next year and finally induct Donna, her widower Bruce Sudano or, better, their daughter Brooklyn would be well within their rights doing what Stella McCartney did in 1999, wearing an “About Fucking Time!” T-shirt to her Dad’s belated solo induction the year after mother Linda’s passing.

Which brings me back to the two acts atop my childhood hit parade. Donna and the Beatles: formative years in Germany, before they found a sympathetic producer who let them be the best version of themselves; fetishized by the press early on, before they remade the sound of pop in their image; shifting the focus from singles to albums, in genres not previously known for an attention span; music embraced by audiences that previously disdained their milieu entirely; and, finally, decades of influence.

Forget this Queen of Disco stuff. If the Beatles were rock gods, explain to me again why Donna Summer can’t be regarded as a goddess? Maybe it’s because she’s our goddess. Long may she reign.