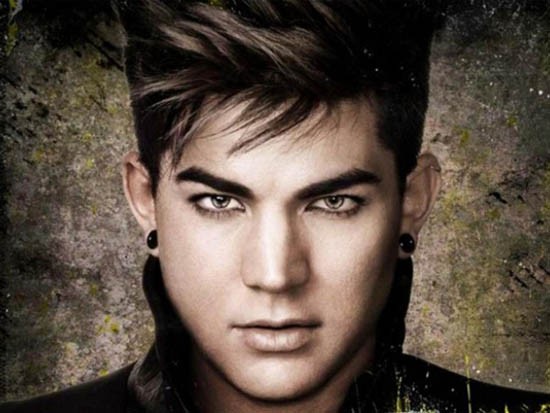 I’ve never been happier to be wrong about something. Two weeks ago, the last line of my column read: “Probably won’t happen. But wouldn’t it be fun if it did?”

The event I didn’t think could happen was Adam Lambert scoring a No. 1 album on the Billboard 200 album chart with his second disc, Trespassing. But I sure was wrong, and it sure is fun: By reaching the penthouse, Adam becomes the first out gay artist to have the best-selling album in America. Trespassing did this by selling roughly 77,000 albums last week.

What my early-May column revealed was that every prior well-known gay musician to top the big chart—Elton John, Freddie Mercury, George Michael, Ricky Martin and Clay Aiken, among others—only came out of the closet later. Since I chronicled this odd statistic, I’ve been (happily) inundated with comments, challenges, debates, rejoinders, retweets and attaboys. And questions—lots of questions.

Since this has been my most-read and most-commented chart column by far, I thought I might address a few of these questions, as best as I can. Some of the most heated questions I received regard issues better addressed by cultural critics like Camille Paglia or Wayne Koestenbaum, not some lowly chart columnist; but I’ll do my best to wade into them.

Let me start with the question that is of most interest to my regular readers, who are more chart obsessives than gay-rights activists.

Here’s the good news for Lambert: 77,000 is nearly twice as large as the current record-holder for the lowest sum ever to top the Billboard 200. In early February 2011, folk-soul singer/songwriter Amos Lee’s Mission Bell rang the… um, bell with 40,000 in sales.

Here’s some even better news: Lambert’s sales total doesn’t even make the bottom 10 weeks for a No. 1 album in Billboard 200 history; depending on how you round off Soundscan data, it barely even makes the bottom 20. As we all know, the last half-decade on the charts has been particularly anemic for the recording industry, and we’ve seen some depressing sales lows in the penthouse.

Based on publicly available sources, I have compiled a list of 20 weeks in the last half-decade when the album that topped the Billboard 200 sold less (or roughly the same as) Trespassing. Here they are, ranked in order by their sales total (Billboard chart date in parentheses):

Winter, man. What a lousy time for album sales! Of the 20 sales weeks above, 14, including the entire top (er… bottom) five, took place in January and February—between the holiday season and the Grammys, the record industry’s two big sales-juicing annual events.

This explains the poor weekly sales rang by otherwise strong-selling albums by Alicia Keys and Taylor Swift, each of whom had debuted during the prior holiday season with fat sales totals (more than 500,000 each for As I Am, Fearless and Speak Now) and later, after Christmas, were among the few albums still selling at all during the snowy doldrums.

It is fair to say that Trespassing‘s total is particularly weak for the springtime, when sales are usually stronger. Then again, the total rang two years ago at this time by Justin Bieber’s second album, 60,000, was considerably worse than Lambert’s 77,000.

Lambert naysayers can also point to one other statistic in the above data. The two lowest-selling albums, by Amos Lee and Cake, were debuts, but the other dozen-plus albums shown above were all reaching or clinging to No. 1 many weeks after their debuts. That makes Trespassing‘s 77,000 the third-lowest total for a No. 1 debut.

Nonetheless, Lambert’s total is still twice as large as Lee’s and Cake’s debuts, and it beats crappy sales weeks by such superstars as Adele and Bruce Springsteen. I doubt Lambert and his fans are depressed by the middling sales for Trespassing. A win is a win.

Q. How does this stack up compared with other American Idolfinalists?

As both chart fans and Idol fans know, the true test of any finalist isn’t how his or her first album does, in the months immediately after the season finale when awareness is at its highest. It’s on album two, when the TV-watching public has moved on.

Back in 2009, the year Lambert competed on the show, he sold 198,000 week-one copies of his debut For Your Entertainment. If Lambert had won the show in 2009—he came in second to victor Kris Allen—the 77,000 rung by sophomore album Trespassingwould be a mediocre showing. Several second albums by winners have done better, including all-time Idol queens Carrie Underwood (second album Carnival Ride rang up a whopping 527,000 in 2007) and Kelly Clarkson (album two Breakway launched with 250,000 in 2004).

Among runners-up, however, Lambert stacks up quite well. He’s the first runner-up to debut at No. 1 with a second album—again, quite a feat, considering the Idol machine isn’t focused on Lambert this year. (His appearance on the show on 17 May to perform the single “Never Close Our Eyes” didn’t hurt.)

As for sales totals, the only Idol runner-up to sell better than Lambert with a sophomore album is 2003 second-place finisher Clay Aiken, whose holiday disc Merry Christmas with Love rang up 270,000 in November 2004—during, it must be said, a far stronger album sales climate, and Aiken was following up a blockbuster 2003 debut album. (Among Idol‘s non-runners-up, the best chart performer with a second album was Chris Daughtry, who placed fourth on the show; his band Daughtry’s Leave This Town, the follow-up to an improbable No. 1 debut album, also reached No. 1, with 269,000 in sales in 2009. But Daughtry has been an Idol outlier ever since his bizarre 2005 ouster from the show.)

One last bit of Lambert-and-Idol-related trivia, according to Billboard: The No. 1 debut by Trespassing marks the first time in the show’s decade-long history that one Idolfinalist replaces another in the penthouse. Last week’s chart-topper was Underwood’s fourth album Blown Away, which was in its second week on top.

Q. Why isn’t Billboard acknowledging the history-making status of Trespassing?

I can’t speak for the music industry bible, but I can’t say I blame them—it’s a hard feat to verify. “First chart-topping album by a publicly out gay performer” isn’t something Billboard is equipped to declare.

How you regard Adam Lambert’s feat this week is directly proportional to what your definition of “out of the closet” is. I am no expert, obviously, and was basing my research on easily searchable public sources. My only point, in proposing that pro-gay-rights music fans rally behind Lambert, was to note how unusual his out status was for an act so early in his career, and to recount a long history of gay artists who found it difficult to be fully public at the peak of their chart-topping fame.

Admittedly, there are a number of asterisks on Lambert’s achievement. As I noted in my earlier column, at least two now-fully-uncloseted artists—Queen’s Freddie Mercury and R.E.M.’s Michael Stipe—were partially out to some subset of the public when their respective groups reached No. 1. Mercury was out very early in his career, then effectively slipped back into the closet before Queen became megastars and 1980’s The Game reached No. 1. And Stipe was making fairly overt hints in the press by 1994, the year R.E.M.’s Monster reached the top.

These technicalities make it difficult for a balls-and-strikes-calling umpire like Billboard to make any definitive statements. And then there’s one other wrinkle…

Q. Why didn’t you acknowledge declared bisexuals Billie Joe Armstrong of Green Day and Lady Gaga among the artists scoring No. 1 albums?

I fully expected at least a few of my readers to point out a forgotten bassist or drummer of a chart-topping act who was fully out when his band reached the album chart penthouse. To my great surprise, there were very few counterexamples, and the best one anyone offered—multi-instrumentalist Rostam Batmanglij of Vampire Weekend—came out of the closet a few weeks after the band’s Contra hit No. 1 in 2010.

I can’t deny the validity of the bisexuality counterargument, however. It is true that long before Green Day scored their first chart-topper with 2004’s American Idiot and Gaga hit the top with 2011’s Born This Way, both Billie Joe and Mother Monster had declared themselves as bisexual.

I would never gainsay anyone on their stated identity, and the bravery of these two performers is, to say the least, considerable. Gaga is a longtime, Obama-lobbying gay-rights activist; and Armstrong, a major rock star, deserves huge props for stating his bisexuality in interviews as early as 1995.

I will leave this judgment call to my readers. As a couple of my commenters noted—and I agree—as long as the straight-married Armstrong and the deliberately mysterious Gaga read as something other than gay to the overwhelming majority of Americans, their chart-topping success is a far less overt boundary-breaking statement than the achievement by the very out Lambert this week. In terms of public perception, their status is unmistakably different from that of the other gay artists noted in my column, from Elton John to Lance Bass.

Q: Do you actually believe pro-gay rights advocates, or your readers, gave Adam Lambert a No. 1 album?

Ha! No. I’m sure nothing helped Lambert’s debut sales total more than his performance on the semifinals of American Idol, a.k.a. the number one show on television. That, and the fact that Trespassing is a first-rate pop album—but since when has excellence had anything to do with chart-topping sales?

If every one of my commenters who said they’d buy multiple copies of Trespassing did so, that’s, like, 200 copies (estimating generously), or roughly one-quarter of one percent of the album’s sales total. Given that Adam topped this week’s No. 2 album, Adele’s 21, by roughly 14,000 discs, it could be argued that Lambert didn’t really need a grass-roots movement.

I’m honestly more gratified to have helped get this conversation started. And I’m delighted for Adam and his fans. Sure, the bar for sales last week may have been low, making his No. 1 debut a lot easier. And yeah, maybe the album is many months—and a radio hit or two—away from going gold. But a first-time out gay performer sitting atop our album chart is a serious achievement, and it gave us all something to root for.

If I may invoke one last word with political overtones, I guess you could say, for me, the ultimate success of Lambert’s Trespassing inspires a feeling I would call pride.