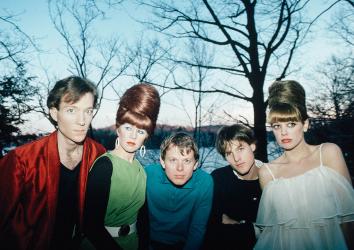 The story of how two very different bands came to define the boundaries of New Wave rock from the college town of Athens, Georgia.

The B-52s and R.E.M. don’t sound all that much like each other. One group were avatars of kitsch, fusing punk, girl-group and garage rock—even Yoko Ono—into a retro-nuevo style all their own. The other group were mysterious, elliptical, often indecipherable, but they reinvented jangly guitar and classic-rock influences to make a new kind of New Wave. Together, this pair of distinctive bands helped make Athens, Georgia the epicenter of alternative cool in the ’80s and ’90s. In Part 1 of this two-part episode of Hit Parade, we present the story of how the B-52s and R.E.M. created a scene out of a college town—and became the most prominent queer-friendly, gender-fluid bands of their era.