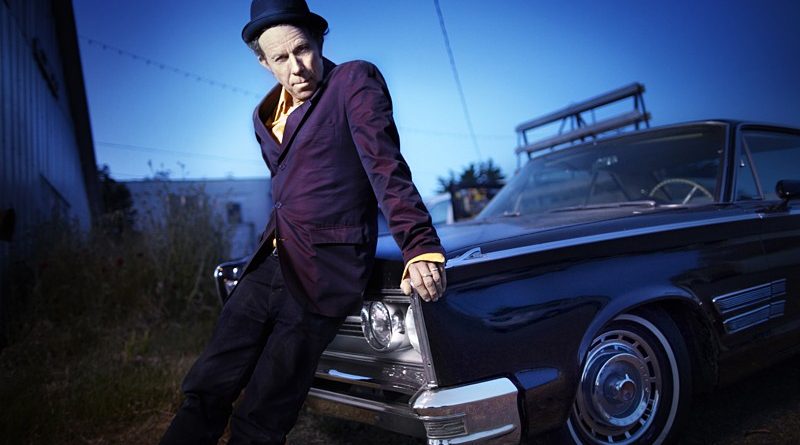 Famously, Nirvana’s major-label debut in 1991 was only expected by David Geffen Company to sell about 100,000 albums, tops. That’s about how much indie godfathers Sonic Youth sold for DGC with their major-label debut, and surely, for Kurt Cobain’s little band, that figure would be a reach.

The reason this probably apocryphal bit of lore is oft-repeated with such delight is the gobsmacking way Nevermind went on to surpass expectations—by a factor of roughly 100 times. What’s gotten lost is what the anecdote reveals about the realism of music-industry expectations. Sonic Youth were the ultimate critics’ band, and a conglomerate-backed label was both willing to sign them and fairly sensible about how many copies they, or a band like them, could shift, largely on the strength of ink-stained wretches’ hosannas. (Attempts to break Thurston and Kim on the radio, via the then-emerging alternative rock format, were halting at best.)

It’s worth reflecting on the 100,000 figure when we consider the winner of the 2011 Pazz & Jop critics’ poll. Currently at 47,000 in sales, and having never got higher in Billboard than #148, tUnE-yArDs’ w h o k i l l is—likely—the lowest-selling and lowest-charting winner in the poll’s history.

I say “likely” because reliable recording-industry sales figures are hard to come by before 1991, when Billboard converted its charts to Nielsen Soundscan data and made them dependably accurate. Hence, it’s hard to know how well, say, the Sex Pistols’ Never Mind the Bollocks had sold in America by the time it won the 1977 edition of Pazz & Jop; 47,000 in year one is probably a reasonable figure for them, too, but who knows? Bollocks did eventually go gold, in 1987, and platinum five years after that—sales marks tUnE-yArDs will have trouble reaching.

Garbus’s sales and chart figures might say less about critics’ independence and incorruptibility than about how the album format itself has diminished during P&J’s existence. All but one of Garbus’s 38 fellow Pazz album-winners either eventually went gold or peaked in the Billboard Top 40; of the 20 prior winners released in the data-accurate Soundscan era, all have outsold her. For context, here are the sales of the previous five winners of Pazz & Jop, according to the helpful folks at Nielsen Soundscan, as well as their respective peak positions on the Billboard 200 album chart:

In all five cases, the peak Billboard chart position came in the album’s debut week. Taking Dylan and West out of the equation—each had a serious base of fans boosting their respective discs to the top of the chart—we’re left with a trio of winners in 2007–09 that more closely resemble tUnE-yArDs in pop profile. All three arguably got their first-week chart lift entirely from underground buzz; none had a significant radio presence at the time each album dropped. And even these three acts did better than tUnE-yArDs on the charts.

Generally, albums that win Pazz & Jop peak within the Top 40 of the Billboard 200. Looking just at the Voice poll’s 20 winners from 1991 to 2010, i.e., the Soundscan era in Billboard, we find their mean Billboard 200 peak is 26. That’s a pretty high average for a group of albums that, in their acclaim, are supposedly blind to pop success. All 20 winners made the album chart, and one-fourth actually topped it, including discs by Nirvana, OutKast, and Kanye West; add in discs by Arrested Development and Bob Dylan, and fully half made the chart’s Top 10.

Only four of these 20 albums missed the Top 40; three of the four are by women or are woman-fronted: 1993’s Exile in Guyville by Liz Phair (Billboard peak #196), 1994’s Live Through This by Hole (#52), and 1998’s Car Wheels on a Gravel Road by Lucinda Williams (#65). Albums by ladies tend not to debut well unless they’re solidly in the pop genre; avid male rock fans can aptly be compared with boys who refuse to see a girl-fronted Disney movie in its opening weekend. Happily, acclaimed female rock albums improve in sales over time—Phair’s and Williams’s discs are gold, and Hole’s is platinum.

(The one dude among the foursome of Pazz winners missing the Top 40 is James Murphy, with the aforementioned 2007 winner by LCD Soundsystem. Sound of Silverstill isn’t anywhere close to gold.)

Garbus is recording in an era of vastly diminished sales. But that’s vastly diminished compared with 12 to 15 years ago, not five—in fact, album sales in 2011 were up slightly from the prior year. All five of Garbus’s immediate Pazz predecessors peaked higher and sold at least three times as many copies as she has. And even if we give her another year or two to catch up, cracking DGC’s 20-year-old Sonic Youth benchmark is going to be tough.

The pop-culture footprint of our 2011 P&J winner, measured numerically, says more about what’s expected these days from an album than it does about tUnE-yArDs’ cultural potential. A recentL.A. Times article profiling veteran indie label Sub Pop notes that most of the Seattle imprint’s albums “now are budgeted to become profitable by the time they sell 10,000 copies — some even 5,000.” Surely Garbus’s label 4AD had similarly modest expectations for tUnE-yArDs; by that yardstick, w h o k i l l is a smash.

Focusing just on the 2011 poll for a bit, here are cumulative sales of the Top 10 albums of Pazz & Jop 2011, according to Nielsen Soundscan:

Including our winner, half the albums sold less than 100,000 copies. Another four ranged from low six figures to just over a million. And then there’s that 10th album (at #6), which outsold the other nine albums combined by more than two million copies.

About three months ago in my Sound of the City column “100 & Single,” I floated the tantalizing possibility that Adele’s 21 might pull what I dubbed (inspired by the EGOT) a PB&G: winning Pazz & Jop, topping Billboard‘s year-end tally of bestsellers, and winning the Grammy for Album of the Year. It’s happened only once before, in 1983, when Michael Jackson’s Thriller won the trifecta. Four P&J winners took home the Grammy but didn’t lead in Billboard; one album, Bruce Springsteen’s Born in the U.S.A., was tops in P&J and Billboard but missed the Grammy.

My October semi-prediction looks a bit naïve now—especially given the revelation that several high-profile critics found Adele’s smash album “completely boring”. Still, historically among big hit albums, 21’s sixth-place Pazz finish is impressive. Of the eight albums that both topped Billboard for the year and won the Grammy but didn’t top Pazz & Jop, only one, Fleetwood Mac’s Rumours, did better in the critics’ tally (fourth place, 1977) than Adele’s did. Most Grammy-and-Billboard smashes do quite poorly on P&J, ranging from a 10th-place showing for Carole King’s Tapestry in 1971 to 58th place for Taylor Swift’s Fearless in 2008; three other albums (Saturday Night Fever, The Bodyguard and Billy Joel’s 52nd Street) won industry hardware but didn’t place with the Pazz-pollees at all.

The facile explanation for tUnE-yArDs’ victory over an album like Adele’s is that critics will be critics. But the sheer range of sales figures in the above Top 10 suggests something deeper—never mind the titles whose sales can’t even be measured. At a time when two titles in the Pazz Top 20 are actually free, download-only mixtapes by The Weeknd and Frank Ocean, the very definition of a culturally relevant album is in flux.

Finally, and for contrast, below are the digital sales for the Top 10 songs of Pazz & Jop 2011:

As is P&J tradition, when it comes to single tracks, the voters had little difficulty rewarding best-sellers. Still, critics like their viral phenomena: the Azealia Banks and Lana Del Rey tracks barely exist outside of YouTube. (The former was released on iTunes late in the year; the latter just last week, hence its lack of sales.)

Even at under five minutes, for recordings in the 2010s, the ratio of cultural footprint to cultural influence is ever-widening. I’m sure Merrill Garbus can relat