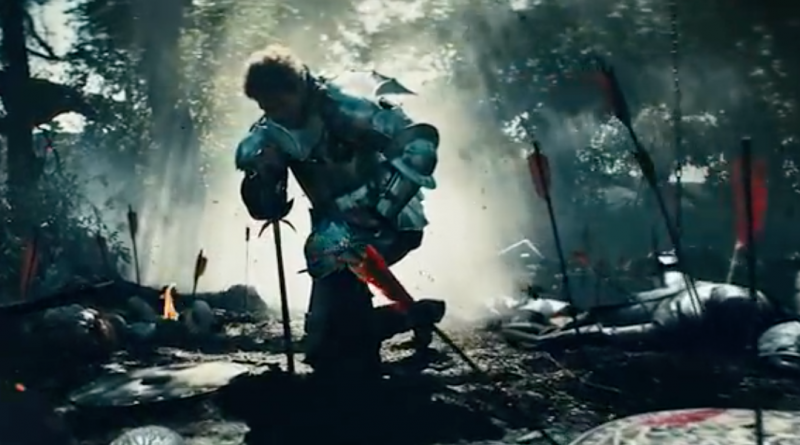 On his latest No. 1, the singer shows why he might just be our era’s most defining star.

With less than a month to go in the 2010s, the decade that has utterly confounded our understanding of what genre even means in popular music, perhaps it’s appropriate that genre-obliterator Post Malone has the top song in America. He’s No. 1 again on the Hot 100—but the most telling detail is the chart the song is not on: Billboard’s Hot R&B/Hip-Hop Songs chart. Post, and the industry, has finally gotten the memo that he is a center-of-the-bull’s-eye pop star. Maybe he always was.

The latest evidence comes in the form of the breezy, bubbly “Circles,” which topped the Hot 100 just before Thanksgiving and is now in its second week on top. Though its lyrics echo the downbeat themes of Post’s earlier hits, lamenting how a “love went cold” between a couple who is “running in circles,” the melody is sparkling, with prominent guitar arpeggios and a wistful sigh of a chorus that, dare I say it, soars. Post Malone has never been about the soar. That’s a word we used to describe electro-pop songs nine long years ago—the era of “Dynamite” and “Party Rock Anthem” and “Teenage Dream.” (Props to the Singles Jukebox’s Oliver Maier for correctly labeling “Circles” as “the best Katy Perry song of 2019.”)

“Circles” has been a fairly omnipresent hit all fall, strong in all of the Hot 100 chart metrics—it reached the runner-up slot in streaming back in September, got as high as second place at radio in late November, and is currently the top-selling digital song, all of which eventually propelled it to No. 1 on the big chart. It’s the fourth Hot 100 chart topper in just over two years for the 24-year-old born Austin Richard Post. But even that statistic understates the depth of his late ’10s success. Post has racked up more than two dozen Top 40 hits in just four years. Even if we exclude his deep cuts—when his last two albums dropped, every track on them made momentary Hot 100 appearances due to streaming—he has still generated more than a dozen actively promoted Top 20 hits, more than half of them Top 5 hits. Post is now a guaranteed-enough hit-maker that, this fall, none other than Ozzy Osbourne scored his first Top 10 hit in three decades just by teaming up with him. (By the way, that Post-Ozzy team up, “Take What You Want,” is now being fed to radio, too.) If Post Malone is far from the most critically appreciated music star of our time, he is possibly the most definitive of his era—less a trendsetter than a remarkably well-tuned Geiger counter for what travels on America’s airwaves.

“Circles” continues this anything-for-a-hit ethos. I have been on record in this Slate No. 1 hits series finding Post’s music woozily alluring but his hip-hop appropriation shtick craven. But even I have to cop to two things here. First, Post has read the zeitgeist and gotten ahead of pop’s move back to the center after a half-decade of SoundCloud-style bummer rap. Second, “Circles” is a really strong pop song. Mind you, both of these achievements may be due to the company Post keeps. From early in his recording career, he has allied himself with savvy and accomplished songsmiths, a couple of whom—Louis Bell and Frank Dukes—polished this track into the infectious earworm it is. But after two solid years in which scarcely a week has gone by without one or often multiple Post Malone songs in the Top 10, I have to credit the guy for his survival skills. Like a bacterium, he mutates to survive.

Here’s the story so far. Post first topped the Hot 100 in the fall of 2017 with “Rockstar,” which refined the template he inaugurated with his 2015 debut single “White Iverson” and was, until fairly recently, Post’s calling card: glum, trap-adjacent downers from an intermittently guitar-playing white dude. This Post subspecies persisted on his slightly brighter, marginally more up tempo No. 1 “Psycho” in the spring of 2018. Notably, in the post-Drake era where most rap is sung, Post’s hits were classified by the music industry as “rap” and charted accordingly. Billboard tracked them not only on the Hot 100 but on its genre charts Hot R&B/Hip-Hop Songs and Hot Rap Songs (which in the digital era are both basically just mini–Hot 100s; more on that momentarily). Both “Rockstar” and “Psycho” also included featured performances by established rappers—the former supported by 21 Savage, the latter by Ty Dolla Sign. This boosted both their hip-hop bona fides and their chart success at the peak moment in 2017–18 for downbeat trap anthems. Both hits, especially “Psycho,” turned Post from a left-field rap figure to an improbable pop star, making him a fixture on Top 40 radio, and follow-up hits like “Better Now” extended his melancholy dudebro brand.

Then, as 2018 flipped to 2019, Post scored his third No. 1, again teaming him with an established rapper—but it edged him closer to pure pop. “Sunflower,” co-credited to Post Malone and Swae Lee (of Rae Sremmurd fame), was not only on the soundtrack to last year’s Oscar-winning Spider-Man: Into the Spider-Verse, it was the animated blockbuster’s signature song, recurring throughout the movie and even helping to propel the plot. As a song designed to play repeatedly in a popcorn flick, “Sunflower” had to be superaccessible, and it was: lightly thumping and brightly sung by both Post and Swae, neither of whom—even Swae—was really rapping. In January, “Sunflower” snuck into the Hot 100’s top spot for a single week, sandwiched between longer runs for Halsey’s “Without Me” and Ariana Grande’s “7 Rings.” (“Sunflower’s” lone frame on top is why your loyal No. 1 hits columnist was unable to find time to chronicle it for this series. We at Slate … mildly regret this omission.)

While this chart-topping interruption by Post/Swae seemed at the time like the Hot 100 reverting to its late-’10s mode of male-centric hip-hop, really “Sunflower” had a lot more in common with Grande’s and especially Halsey’s hits. It was, to date, the most unabashedly poppy Post Malone hit, and it even shared a producer and co-songwriter with “Without Me.” Both songs were the handiwork of studio wizard Louis Bell, whom Billboard has called “this generation’s answer to Max Martin.” Bell broke in the mid-’10s with brooding hits by DJ Snake with Justin Bieber and, soon after, Post Malone with Quavo—his first of many Post tracks—but Bell later proved himself multifaceted and adaptable. By 2018, in addition to Halsey, Bell was working with pure-pop acts like 5 Seconds of Summer (“Youngblood”) and the Jonas Brothers. When the Jonases’ irresistible confection “Sucker” hit No. 1 hit in March of this year, it gave producer-songwriter Louis Bell three No. 1 hits in the first three months of the year, following “Without Me” and “Sunflower.” For Post Malone in particular, what this meant was he was paired with a shrewd producer who was getting him on the right bandwagon—Post was on trend with the Top 40’s swing back toward centrist pop.

Here’s the twist. Though “Sunflower” had tangential-at-best connections to either R&B or hip-hop—even with Swae Lee’s presence—Billboard continued to dutifully chart Post on its R&B/Hip-Hop chart, as it had for all of his prior radio hits, from “White Iverson” through “Better Now.” In fact, “Sunflower” spent 11 weeks on top of the R&B/Hip-Hop chart from January through March, which is only remarkable (and dubious) because “Sunflower” had minimal airplay on rap radio. Unlike about a half-dozen prior Post hits, it never amassed enough spins at urban stations to appear on even the lowest rungs of Billboard’s radio-only R&B/Hip-Hop Airplay chart. That’s an important detail, because acceptance on certain radio stations is one of the few objective benchmarks Billboard can still rely on to decide which hits belong in which genre buckets. And the magazine, as you may have heard, has gotten itself in some hot water lately with the subjectivity of its genre classifications: Witness the “Old Town Road” imbroglio.

As I noted when that Lil Nas X hit was notoriously yanked from Hot Country Songs, the core issue is baked into Billboard’s all-or-nothing genre charts methodology. Since 2012, Billboard has built these charts (e.g., Hot R&B/ Hip-Hop Songs, Hot Country Songs, Hot Latin Songs, Hot Rap Songs) using the same data used for the Hot 100 (digital sales and streams from all users, and radio airplay from all current hits formats) and simply limits the songs to the tracks Billboard has determined appropriate for that chart. In other words, the modern Hot R&B/Hip-Hop Songs chart doesn’t focus on a black or hip-hop–oriented audience anymore (and hasn’t for seven years).

I needn’t get on my soapbox again about why I find fault with this system. What is useful for our Post Malone discussion is that Billboard’s genre chart methodology is an accidentally convenient way to determine when the music industry changed its mind about what genre, if any, he belongs in. Ideally, this determination should be made on a song-by-song basis, and to be fair to Billboard’s chart managers, that is essentially what they do—although Post probably should have been ejected from R&B/Hip-Hop Songs sooner. Arguably neither “Sunflower” nor “Goodbyes,” neither of which registered at urban radio, belonged on R&B/Hip-Hop Songs. Whereas the contemporaneous hit “Wow,” with serious rap cadence and a trap thump, peaked at a respectable No. 12 on the radio-only R&B/Hip-Hop Airplay chart and hence made more sense for inclusion on the main R&B/Hip-Hop chart.

This, finally, brings us back to “Circles.” As far as Billboard and the industry are concerned, its genus is pop. It’s the first major Post Malone single not to appear on any hip-hop–specific charts at all and is currently being tracked mostly on Billboard lists that accept multiple genres. That includes not only the Hot 100 but the Adult Contemporary chart (!) as well as the rock radio–driven Alternative Songs chart. “Circles” isn’t a huge hit in either of those formats—a No. 22 peak at Adult Contemporary, No. 31 at Alternative—but merely appearing on these charts is remarkable. Most telling of all is the song’s absence from R&B/Hip-Hop Songs—Billboard determined they couldn’t grandfather in “Circles” based on prior hits, the way it did “Sunflower” and “Goodbyes.”

Will the success of “Circles” mark a new phase for Post Malone? The fact that the Ozzy Osbourne duet is getting a push—Ozzy and Post performed it together at the American Music Awards in late November—suggests that Post, a lifelong rock fan, may finally get his long-stated wish to escape hip-hop entirely. Industry-ites have been wondering aloud since at least 2018 why Post wasn’t promoted to rock stations in the first place. Five years ago, in a piece for this series about “Shake It Off,” Taylor Swift’s self-declared first official, fully pop single, I wrote, “Maybe decades from now, some of us with short memories will look back on her insanely successful career and half-forget she was ever a country star.” Depending on where Post Malone goes from here, his four-year dalliance with rap might one day seem like similarly ancient history.