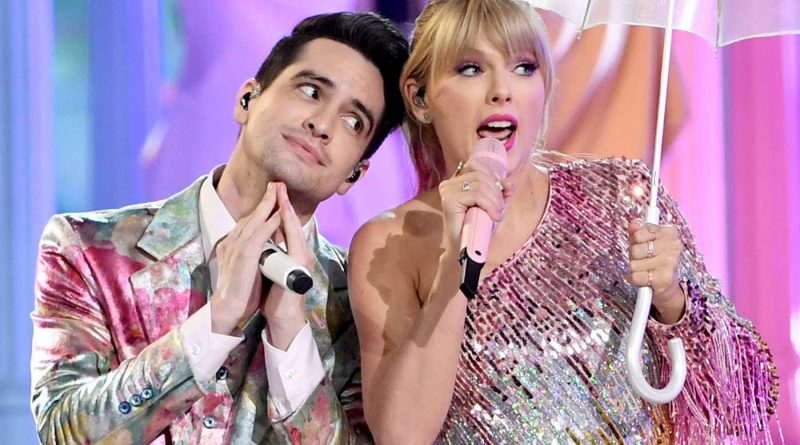 Taylor Swift is capable of many things. She can spell the word “awesome.” She can make her fans watch the NFL Draft. And, for the better part of a decade, she’s been effortlessly able to turn her album-leading singles into chart-toppers.

That changed this week.

In what has to be considered an upset, Taylor Swift’s “ME!,” featuring Brendon Urie of Panic! at the Disco, the sunshiny leadoff single to Swift’s forthcoming seventh album, fell short of the No. 1 spot in its first full week on Billboard’s Hot 100. It’s the first lead single from a Swift album to not instantly hurtle to No. 1 in nine years — basically her entire career as a pop-first artist. The last time this happened was with 2010’s “Mine,” the Speak Now single from back when Swift was still promoted primarily by country radio. But since 2012, when she began working with Swedish pop mastermind Max Martin, each of her album-launching singles has spent either their first or second week atop the Hot 100: 2012’s “We Are Never Ever Getting Back Together” from Red; 2014’s “Shake It Off” from 1989; and even 2017’s “Look What You Made Me Do,” the much-analyzed leadoff to Reputation.

So what’s the song that’s roadblocking “ME!” on the Hot 100? It’s the same one that’s been America’s obsession since early April and is now in its fifth week at No. 1: “Old Town Road” by Lil Nas X featuring Billy Ray Cyrus — ironically, another genre-disrupting song that, like Swift’s “Mine” or “Never Ever” a decade ago, intentionally blurs the line between country and pop. Live by the crossover, die by the crossover.

For virtually any other artist coming back from a multiyear hiatus, save perhaps a few juggernauts (think Drake, Adele, or Ed Sheeran), there’d be no shame in peaking at No. 2. Truthfully, it might not be fair to count it against Taylor, either; at this point in the music industry, a No. 2 hit is impressive.

What is ominous, though, is how the new single fell shy of No. 1 despite tactics that have worked for Swift on all of her previous album cycles: a fan-stoking, breadcrumb-dropping prerelease campaign; a heavily hyped, self-referential video; a televised performance on the Billboard Music Awards. Couple all that with the launch of Swift’s rich new recording contract with Republic Records and Universal Music, and you have to imagine the “ME!” campaign was No. 1 or bust.

Briefly, to recap how the Hot 100 works: The big chart averages three main pools of data — streaming plays, digital sales, and radio audience. One quirk of the chart is that radio is tallied on a different seven-day schedule from sales and streams; and based on radio alone, “ME!” made an early debut at No. 100 just days after it launched. Chart prognosticators expected a huge catapult for “ME!” in week 2 once her inevitably enormous digital consumption numbers were rolled in. As of last week, all signals pointed to Taylor going the distance: At YouTube and its music-video sister channel Vevo, Taylor was setting video-streaming records all week, further suggesting an easy jump to the top. But none of those factors were enough to return Taylor to the penthouse where she’s taken up residence so many times before.

The temptation in a situation like this is to focus on the art, not the commerce — to assume that the single itself is to blame. Reviews for “ME!” — especially its heavy-handed lyrical meta-trope of “return to the old Taylor” — have been mixed at best. Some are even calling out guest Brandon Urie as the spoiler. While Panic! at the Disco are currently hotter than they’ve ever been thanks to the Top Five smash “High Hopes,” Swift has never led off an album with a credited collaboration, and Urie’s emo-gone-Broadway vibe might have confused her fanbase.

Honestly? Probably none of this matters. Taylor’s latest hypefest was stopped in its tracks by forces larger than her. One was the song currently topping the chart. The other was a secular shift in how the charts are driven these days — a trend that puts the Taylor Model somewhat out of favor.

First, about that chart-topper: “Old Town Road” is a cultural phenomenon, full stop. Ever since Billboard turned Lil Nas X’s two-minute ditty from a meme to a cause by removing it from its Hot Country Songs chart, Americans across genres have been consuming the hell out of “Road” — at download stores, on the radio, and especially on streaming services. Once the Billy Ray Cyrus remix dropped, digital sales for “Road” grew hugely, nearing or even topping 100,000 downloads a week. As for radio, the Country Industrial Complex is still giving Lil Nas X the cold shoulder, but Top 40 stations have gotten with the program: “Road” is now a top ten airplay record; according to Billboard, it’s the fastest-adopted new hit since “All About That Bass” five years ago. But the place where Lil Nas X is really dominating is in streaming. According to Billboard, “Road” now owns the top two streaming weeks in history. The week the Billy Ray remix landed, it landed a whopping 140 million streams, handily beating the previous record-holder, Drake’s “In My Feelings,” by 27 million.

Taylor Swift’s numbers look rather mortal by comparison. Especially in streaming: Her total streams for the week were 50.7 million. That’s a strong total for most artists in most weeks — but Lil Nas X, with 104 million, rang up more than twice as many streams in his ninth week on the chart. Over at radio, “ME!” is amassing airplay faster than the average single, but again, “Old Town Road” is now a top ten radio song. (It should also be said that other Swift hits have amassed airplay a bit faster than “ME!” is managing.) However, there was one chart metric in which Swift was dominant: digital sales. “ME!” sold 193,000 dollar-downloads in its first week. This is not surprising — Swift tends to sell stuff, and a sizable chunk of her fanbase is devoted enough to buy (not just stream) anything she puts out. However, for chart purposes, this sales total wasn’t quite dominant enough to topple “Old Town Road.”

This is ominous for Taylor Swift, because she has always been a sales-first artist. Infamously, she was still boycotting Spotify altogether as recently as early 2017. Digital downloads were the biggest factor powering the leaps to No. 1 by prior Taylor album-leaders like “Never Ever,” “Shake,” and even “Look”; streaming was either not a factor or a lesser contributor. Swift is really good at selling stuff the old-fashioned way — it’s why she partners with the likes of Target, UPS, and Papa John’s for album releases, and why, even in a diminished sales climate, Reputation was Billboard’s No. 1 album of 2018.

But Swift’s usual sales-first emphasis runs counter to where the charts are heading. Particularly on the song charts: In recent years, as downloads have cratered as a form of music consumption, Billboard has steadily reduced the importance of digital sales in its Hot 100 formula to under 20% of the equation, while streaming — a more hip-hop centric medium — has risen to more than 50% of the chart ratio. How does an artist like Swift, who leans more heavily on sales, compete in a world where the stream is king?

It’s likely that Swift will now play the long game. Maybe “ME!” is not destined to reach No. 1, but it could well hang in the Top ten if Team Taylor can cajole radio programmers to give the single a longer shelf life than the front-loaded, radio-disdained “Look What You Made Me Do” got in 2017. This is where the inclusion of Brendan Urie might actually be an asset: Panic!’s sparkling art-pop is very much in favor for radio right now, and Taylor’s turn toward the bright and shiny may prove savvy in an era where the Jonas Brothers are experiencing an improbable chart comeback.

Or, maybe, Swift will simply cut her losses and move on to TS7’s second single. Whatever she does — keep pushing the “ME!” boulder up the hill or switch promotion to whatever the album’s next single may be — Song of the Summer season is looming and chart competition is only heating up. If she wants to reclaim the top spot, she will have to decide pretty quickly which horse to bet on — because Lil Nas X’s is proving hard to beat.