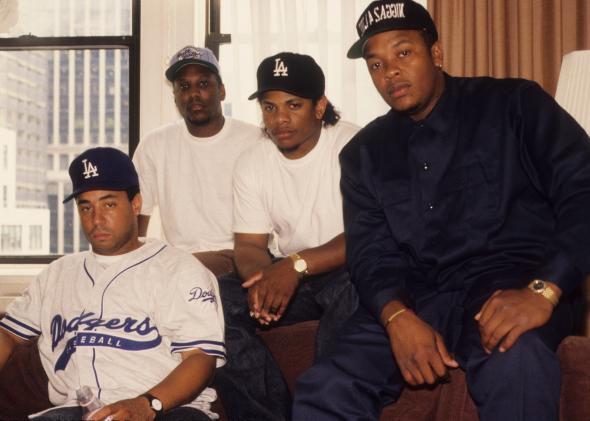 Entry 6: Number of black acts that have topped the Billboard Hot 100 this year: 0.

We keep trying to cover a whole year, and late-breaking December news keeps intruding! As I type this, I’ve had my reflective reverie broken by Tuesday’s announcement of the next wave of Rock and Roll Hall of Fame inductions. Please indulge me a sec, because this news fits into a larger narrative we’re building about pop and race in 2013—including Ann’s comments on blue-eyed soul, and Carl’s observations about hip-hop attitudes in Generation Macklemore-and-Lorde.

Early on Tuesday, Ann and I were commiserating over social media about the continued non-induction of Chic—the Rock Hall’s current Susan Lucci, with eight nominations and no induction. What’s maddening about Chic’s pass-over this year in particular is that co-founder Nile Rodgers put out the best possible “For Your Consideration” advertisement—playing the great guitar-pop riff of the year on Daft Punk’s smash Chic homage “Get Lucky.” If not this year, when? (Sadly, given Hall voters’ stubborn anti-disco bent, Donna Summer’s posthumous induction in the last Hall of Fame class may become Nile’s fate, too.)

While commiserating, Ann and I noted the following factoid: Not a single living person of color got into the Rock Hall this year. Among the Class of 2014, only the late Clarence Clemons—inducted as a sideman with the E Street Band—is black. (For the record, this has happened only once before in the Hall’s 28-year history: In 2003, the only black inductee was deceased sideman Benny Benjamin.) It’s not as if the roughly 600 Rock Hall voters didn’t have African-Americans to choose from on this year’s ballot—the shortlist included a bunch, all previously nominated and passed over more than once: LL Cool J, N.W.A, the Meters, and Chic. On the other hand, this year the Hall will induct Daryl Hall and John Oates—an act with a long history of soul-music appreciation that once even topped the R&B chart—so Rock Hall voters are honoring the sound of black music. Just not actual black people.

The same could be said for the music-consuming public in 2013. They love rhythmic music as much as ever. They just weren’t much interested in black artists. As the year draws to a close, not one lead black act has topped the Hot 100 all year.

That’s never happened before in the chart’s 55-year history. It’s a huge pendulum swing in less than a decade: In 2004, literally every song that topped the Hot 100 was by a person of color. This year, black artists had only featured roles. As Ann mentioned, Macklemore and Ryan Lewis were supported by Wanz on “Thrift Shop” and Ray Dalton on “Can’t Hold Us”; rapper T.I. and 2013 MVP Pharrell supported Robin Thicke’s “Blurred Lines”; and Barbadian pop queen Rihanna is supporting Eminem on our current No. 1, “The Monster.” We should place an asterisk next to half-Filipino, half–Puerto Rican Bruno Mars, who topped the big chart twice this year, with “Locked Out of Heaven” and “When I Was Your Man”—but neither one was an R&B/hip-hop radio hit. (While we’re discussing R&B appropriation and the monoculture, Bruno’s all-around best 2013 single—the Top Five hit “Treasure”—was a direct homage to the sound and even the look of “P.Y.T.”-era Michael Jackson.)

That’s just the track record of African-Americans on the all-genre Hot 100; in a way, the R&B/Hip-Hop Songs chart is even more surreal: It was topped by white acts 44 out of 52 weeks this year. In large part, that’s due to a controversial change Billboard made to the R&B/hip-hop chart at the end of 2012 that essentially makes it a condensed version of the Hot 100, rendering the chart near-useless to hardcore fans of black music. The fact that Billboard, in essence, gave up on tracking the core R&B/hip-hop audience speaks volumes about the industry’s priorities in the digital era.

What I find compelling about all of the above is that there’s no willful racism or systematic exclusion happening, neither in the Rock Hall nor on the charts. In both instances, the populace is naturally drifting away from African-Americans after decades of regarding them as the avatars of cutting-edge popular music.

So that leaves the question: Why? Why is there this drift away from black visibility in our music? Not to be too grand about it, but my honest opinion is that it’s of a piece with what Ta-Nehisi Coates would call the myth of a post-racial America. Music fans are playing out an unironic version of Stephen Colbert’s joke about not seeing color—we’re cool with the idea that authentic rhythmic music can now come from anyone, and yet somehow, when the data is compiled about what we’re all buying and streaming, the Timberlakes and Matherses and Macklemores keep winding up atop the stack, ahead of the Miguels and J. Coles.

I share Carl’s opinion that ’90s-born Lorde comes at her satire of hip-hop flossiness (and, good point, Carl, rock excess!) honestly—“Royals” is clearly both covetous and contemptuous of that lifestyle. But it’s hard not to think the audience is mostly hearing, and identifying with, the contempt. And while I agree with Ann that income inequality—and hence, class, regardless of race—was the issue of 2013 both in the news and in our hits, the chart data I’m seeing suggests that race remains an unconscious barrier for many Americans. We only think we’ve checked that box.

Ann, you asked me about albums, specifically, in terms of Beyoncé—whether her late-fourth-quarter blockbuster would improve the standing of full lengths by African-Americans for the year. Maybe, but black artists don’t need help topping the album chart: Kanye, Jay-Z, Drake, Wale, J. Cole, A$AP Rocky—all led the Billboard 200 this year, in almost all cases for a single week apiece (Jay’s Magna Carta Holy Grail had two).

The reason I focus more on the song charts is that in a way, perversely, we live with hit songs longer than we do hit albums. As Geeta points out, there’s something fundamentally old-school about albums, and I take her point that our faster-moving music culture is driven more around songs. But I’m not sure I agree songs are by nature ephemeral—you live with hit songs for months. On the album chart, any artist in any genre with a rabid enough fan base—Drake fans, or Luke Bryan fans, or Selena Gomez fans—can rally a few hundred thousand album purchases in a debut week; like movie blockbusters, these albums appear on a wave of hype, then recede. But for a song to reach Billboard’s Top 10 for more than a week, it’s got to become ubiquitous, booming from cars, circulating on social media, generally being in the ether for weeks on end. That’s why, when it comes to Beyoncé, while I am pleasantly flabbergasted by her ability to rally 600,000 Americans during the holiday season to buy a digital album they can’t even wrap and place under the tree, I’ll be more impressed (and I’m rooting for her) if she scores an actual, radio-blanketing Top 10 hit from this album—something she couldn’t do her last time at bat.

By the way, one final word about what’s booming from our radios: In the parallel universe of Top 40 programmers, if you ask how things are going, they’ll tell you it hasn’t been this good for the all-hits genre in decades, and they’ll brag about the format’s current variety. To be sure, radio-pop in 2013 encompassed a bracing range of stuff that would have seemed improbable just three years ago—from a kickass, late-blooming bit of Icona Pop trash talk; to twee indie-ish pop ballads by Passenger and A Great Big World; to a goofy Imagine Dragons mashup of butt-rock and dubstep. Whatever the merits of these songs (and I really don’t need to hear ID’s Dan Reynolds “breathing in the chemicals” ever again), this really is a deeper level of sonic catholicism than we’ve heard on hit radio in years. That’s what makes it all the more surreal, dismaying, and almost insidious that virtually all of our soul is of the blue-eyed variety.

Update, Dec. 24, 2014: The original photo in this post has been removed at the request of the photographer.