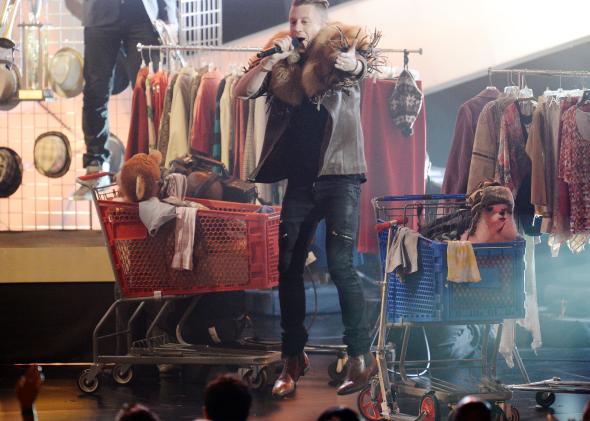 Entry 2: Was “Harlem Shake” by Baauer actually a hit song? Or just a fad?

What a swell party this is—in my suit and tie, Imma leave it all on the floor tonight. I feel like the Music Club’s Arnel Pineda, the longtime fan who got tapped to join the band: I’ve been reading the annual club postings forever, at least since Ann was grousing about how Eminem had been dominating the pop conversation too long. That was in 2002. (Sympathies, Ann. For the record, I’m finally getting a little bored with him, too.) In any case: This is seriously an honor. I’ll try to be cool now.

Like Carl and the rest of music geekdom, I’ve been frolicking in the surf with Beyoncé since Friday. I like a lot of what I’ve heard—Prince-style falsetto: good! rollerskating jams: also good!—but I’m going to reserve some of my judgments; I may not even know whether it’s Top 10–worthy by the time we’re done here. This might sound surprising coming from a fan of pop singles and the Billboard charts, but I like to let albums marinate, and to Carl’s point about peekaboo album releases, I must say I hate the blogosphere’s demand for insta-reaction. One of my favorite rock-critic observations of the last half-decade came (natch) from Rob Sheffield, who said, “I want to read something like, ‘Okay, I’ve been listening to this record for six months, and here’s what I think.’ But all the reviews [are] based on a week of speed-listening.” Rob said that three years ago. In 2013? Try a night of speed-listening. (The day the My Bloody Valentine album dropped in February, I basically sought cover from my social media feeds.)

Call me old-school, but I lived through Monoculture v1.0, and back then we had more than a year to buy Thriller and remain culturally relevant. I do agree with Carl that the monoculture has made a big comeback, but I would say it predates 2013. Indeed, I called it at the end of 2012—the year of not just “Call Me Maybe” but “Somebody That I Used to Know” and “We Are Young” and “Gangnam Style,” when for about two to three months apiece everybody was obsessed with the same song. (Arguably, Adele got the ball rolling in 2011, when she dropped the only single-artist album in chart history besides Thriller to be America’s top-seller two years in a row. Now that’s a monoculture.)

But you are right that this, the year of “Thrift Shop” and “Harlem Shake” and “Blurred Lines” and “Wrecking Ball” and “Royals,” seemed to up the ante, where the monoculture demanded not just sunny-faced sharing of our hits but meticulous dissection of them. It’s no longer enough to be culturally cognizant of Macklemore or Miley: You, pop fan, need to choose sides, have an opinion not just on text but subtext and sub-subtext. As a pop nerd, I actually loved all the reading I did the week the Internet microanalyzed Cyrus’ MTV minstrel show. But now when I talk about how much I enjoy “We Can’t Stop” as, y’know, a song, the layers of qualifiers I have to put on that love are 3-feet thick. My bull sessions now come with footnotes.

Then there’s the debate over what a hit even means now. The addition of YouTube views to Billboard’s authoritative Hot 100 near the start of the year was a move I endorsed, especially after Psy got robbed of a No. 1 hit the previous fall. But I’m not a delusional Hot 100 fan—no sensible pop listener thinks “Harlem Shake” by Baauer was an actual hit song per se. (My suggestion to Billboard, now that we’re a year into this experiment: Change the rule that counts as little as 30 seconds of a song in a fan video toward the chart. Make it two minutes or 80 percent of the song, whichever is smaller—you get the populism with less of the drive-by meme effect.) Carl, via Kelefa Sanneh, makes a good point about the snowballing hegemony of blockbusters, and YouTube on the charts definitely helps fuel that. But I’m less bothered by the hugeness of blockbuster songs—I like shared hits—than I am by careers that become fads. Half a year after Robin Thicke scored his first pop smash with a video-fueled behemoth of a hit, he’s still waiting for a return visit to the Top 20, let alone another No. 1.

Which brings me back to what Beyoncé and her hubby are doing. It’s possible that Jay’s and Bey’s efforts to make their own weather on behalf of their albums is aimed at creating a momentary monoculture. Beyoncé is already saying as much in interviews, calling her video-album strategy an attempt to create a “Thriller” moment. Or it could be something else: an acknowledgment that they won’t try to rely on hit singles anymore. Jigga did collect one more Top 10 hit in 2013 with “Holy Grail,” but only by leaning heavily on his bud Justin Timberlake for a chewy hook (the song’s radio edit leaps right to JT, ignoring Jay for more than a minute and skipping his Nirvana bite entirely). And Queen B is coming off a 2011 album that generated no Top 10 pop hits and, this year, a handful of post–Super Bowl teaser singles that couldn’t hold the blogosphere’s attention for long, let alone radio’s.* I’ll save my comments about the paucity of black artists at the top of the pops for a future post; it’s a major ’10s problem that only got worse this year. But Mr. and Mrs. Carter have already absorbed that reality and moved on: Between his smartphone-driven album and her video-driven album, they know that you have to change the yardstick of success to score hits in the Obama era (even when you’re friends with the Obamas).

That’s enough from me for now. I haven’t even taken Carl’s bait yet to talk about Daft Punk, purveyors of the most delightful left-field smash of the year and my most-played album. Geeta, over to you—you’re on record as loving what the robots wrought this year; I’m with you all the way, but has Random Access Memories held up for you six months later, long after the insta-reactors finished yawning?

Like the legend of the phoenix, I end with beginnings,