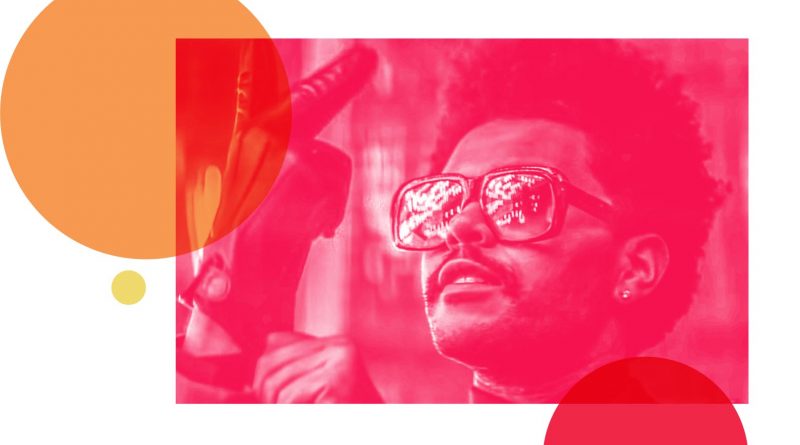 Damn, was this the Tekashi 6ix9ine of years, or what? Only in a year as appalling as this one could the rainbow-haired, rainbow-toothed, should-be Henry Hill actually score a No. 1 hit, seemingly just to troll Billboard magazine. The actual best song of 2020 might be “WAP” or “Shameika” or “Don’t Start Now” or “Blinding Lights” or, my pick, “Savage (Remix),” but the song that encapsulates 2020 is definitely “Trollz”: a sickening spectacle we should have seen coming, made worse by people who should have known better. At least “Trollz” was gone mercifully quickly—2020 lasted forever. Like our outgoing president, we’re not even rid of it yet, and maybe we never will be.

Since we’re all sharing our 2020 miseries, let me get mine over with. As per Carl’s question, I haven’t seen any in-person, shared-oxygen concerts this calendar year. Not unless a mid-January podcast taping by Judge John Hodgman counts. I’m pretty sure this will be my first concert-free year since … possibly 1987? (The year between my first and second concerts, Cyndi Lauper in ’86 and INXS in ’88.) In March, in an especially cruel twist, my wife and I had tickets for Josh Ritter at Brooklyn’s Murmrr Theater the weekend right after all of American life got canceled. And it was the same week I came down with a bug that, I found out months later, was COVID-19. Fortunately, mine was a very mild case—the worst symptoms were gone in under a week—although it took me three months to test negative and rejoin my family. (It’s a long story—Lindsay’s tales of enforced Brooklyn isolation felt triggeringly familiar to me.) To pivot to a happier memory from the Before Time, the last concert I did attend was three days before Christmas 2019: a Joe’s Pub show by friend and piano troubadour Julian Velard, with his seasonal sometime-project the Jewbadours. That was a good night. After we enjoyed the band’s loving takes on ’70s soft rock and Yacht Rock chestnuts, Julian invited my wife and me to join the band for nightcap drinks, and it was there that he pitched me his concept for a Billy Joel episode of Hit Parade. I loved his hypothesis—Joel as king of pastiche—and by the time I got to write and record the show in April, it became Brenda-and-Eddie comfort food for both me and my listeners at the spring peak of the pandemic. As New York’s favorite style-biting pop Zelig might say, the best we could do was pick up the pieces—we always knew we would all find a way to get by.

Back to 2020 hits, preferably those that weren’t “Trollz.” Lindsay asked how I made sense of the charts this year. Statistically, it was a head-spinner. Culturally, it was kind of classic. What I mean by “classic” is, Americans reverted to type and sought refuge in comfort food—the way they did during the American annus horribilis of 1968, which was also the year of “Love Is Blue” and “This Guy’s in Love With You,” or 1979, a time of gas lines and the Iran hostage crisis but also disco’s last hurrah, or 2001–02, in the months just after 9/11, when party anthems by J. Lo, Ja Rule, and Fat Joe wouldn’t let up.

In those tumultuous years, Americans took refuge in froth, but much of it was fairly modern-sounding for the time. Whereas 2020 was all about nostalgia: 24kGoldn and Iann Dior’s ’90s alt-rock throwback “Mood”; BTS’s first-ever American No. 1 “Dynamite,” a cross between millennial Max Martin melodic math and vintage Bee Gees bounce; the Lady Gaga–Ariana Grande team-up “Rain on Me,” a rebirth for diva-tastic ’90s pop-house; the globe-trotting hit “Savage Love (Laxed – Siren Beat),” which despite its echt-2020 title was really just a new thing (a teen beat-maker launched on TikTok) crossed with an old thing. (Jason Derulo—who knew global citizens were nostalgic for 2009? Come to think of it, Gaga saved that crappy year, too.) And sitting above them all, Billboard’s No. 1 song of the year, the hit that wouldn’t die: the Weeknd’s “Blinding Lights,” a warm bath of ’80s technopop that’s been compared to early-MTV faves from Gary Numan to A-ha. It’s still in the Top 10 now after setting a slew of all-time Hot 100 records—from longest run atop radio playlists to most weeks spent in the Top Five. It was the unobjectionable throwback jam you could play in your bubble and not infuriate either stir-crazy siblings or Zoom-addled parents.

What made the year statistically weird for chart watchers was the absurd level of turnover on top of the Hot 100. We’ve had 19 new No. 1 hits this year, 20 if you count this week’s predictable return trip by Mariah Carey’s holiday perennial. (Good for her for repeating a record previously held only by “The Twist.”) Nineteen new chart toppers is the most of the SoundScan era: You have to go back to 1991—when the chart was a revolving door of one- and two-week No. 1s by the likes of Londonbeat or Color Me Badd—to find a year with more. And that’s not even the crazy part: 11 of these chart toppers, more than half, were No. 1 debuts, the most in a single year since that chart trick became possible a quarter-century ago. Three of these involved Ariana Grande, two involved Travis Scott, and most of them were flashes in the pan: from the pandemic-fueled “Toosie Slide,” “Stuck With U,” and “Life Goes On” to fan base–stoking forgettables like “The Scotts,” “Franchise,” and, yes, “Trollz.” (To give Ariana her props, her latest chart-topping debut, “Positions,” separates itself from the pack by still riding the Top Five a month and a half later—it’s becoming an actual hit rather than a one-week anomaly.)

The Billboard watcher in me wants to blame these seemingly phony hits on the data. And yes, to some extent, the charts got hacked this year: not by nefarious Bieber bots, but by clever labels and managers who took advantage of rules Billboard is now trying to lock down regarding merch bundles and late-shipping vinyl and cassette collectibles. Another explanation might be that famed fomenter of teen fads, TikTok. And yes, the streak of single-week No. 1s we saw last spring was basically a parade of Toks, some stickier than others. Among the 15-second wonders, Doja Cat’s “Say So” and the Beyoncé remix of Megan Thee Stallion’s “Savage” distinguished themselves as both formation-dance soundtracks and full-on songs. But honestly, TikTok gets a bad rap—two of the year’s most enduring hits, Roddy Ricch’s squeaky “The Box” and 24kGoldn/Diorr’s infectious “Mood,” were broken by TikTok but then settled in as serious radio hits and monthslong chart toppers.

The best explanation for the rapid hit turnover isn’t data-driven or technological but cultural: It’s the pandemic, stupid. The competition was wobbly because we were wobbly, capricious, indecisive. With radio sticking to a small handful of safe bets, the door to the chart penthouse was wide open for the promotional push of the week, which explains how Travis Scott could top the Hot 100 with a McDonald’s-inspired song literally named “Franchise.” (I mean, points for honesty … talk about comfort food.)

I too sought comfort in the familiar. Not just my umpteenth play of Sign o’ the Times or Either/Or but new music that felt like old music. I want to co-sign Brittany’s optimistic reminder that “we will dance again”—and I think the proof is that, on TikTok or off, we were all dancing at home. Sure, I loved the in-my-feelings pandemic albums. Like literally all of you so far, I bow down before the mighty Fiona Apple, as well as Taylor Swift and Haim. (Talk about Women in Music: The past three years, my top five discs have been mostly by women; this year all five are solidly ladies, ladies, ladies, ladies, ladies.) But like Brittany, I gotta cop to what really got my pulse racing in lockdown: the Disco Class of 2020. In a sharp Los Angeles Times think piece about HBO’s recent Bee Gees documentary, Rob Tannenbaum points out that it’s easy to forget how loathed disco was 40 years ago given how “widely beloved” it is now, amid mirrorball-worthy chart hits in the past two years from Doja Cat and Lady Gaga and Lizzo and SZA and Justin Timberlake. But my two disco queens of the year were Jessie Ware, who turned in her best-ever album by freeing both her mind and what her mum gave her, and the firing-on-all-cylinders Dua Lipa, the artist for whom I am most grateful this year.

Future Nostalgia has it all: a great truth-in-advertising title, flawless sequencing of its all-killer-no-filler nouveau-disco gems, deep cuts as good as the singles (I still say the bubbly, wistful “Cool” could’ve been a “Teenage Dream”–worthy late summer hit), and yes, those singles, which will outlive their moment. The only reason Lipa’s “Don’t Start Now” isn’t my No. 1 single of the year is the whole album is a banger à la vintage Donna Summer, the kind club DJs would be strip-mining if we were still going to clubs. And oh yeah, Team Lipa’s got us covered there, too: The companion album Club Future Nostalgia, helmed by the Blessed Madonna (with a guest appearance by the original Madonna), is a brilliant stand-alone work of its own, deservedly praised by actual DJs and only burnishing the rep of its sister LP.

Speaking of Dua’s duo, I don’t normally cheat and pair albums together in a single ranking. But this was a great year for dual-album statements, evidence that not only the ways we consumed music but the ways it was created were informed by the pandemic. For artists off the road with nothing but time, one statement was not enough. For Taylor, I am still a Folklore guy, but Evermore, in the few days I’ve had with it, is an exceptional companion that only enhances its predecessor—an Amnesiac to the former’s Kid A. Sault’s life-affirming Untitled albums are inextricable testaments to our year of protest, with all that word entails—from sorrowful to withering to joyful. By a hair, I give the edge to (Rise), for “You Know It Ain’t” alone, but when I want to hear one of the albums I usually want to hear the other. And my hot take on Bad Bunny’s world-beating year is that his historic all-Spanish chart topper El Último Tour del Mundo edges out the widely praised, reggaetón-perfecting, slightly overlong YHLQMDLG (there’s a glorious 45-minute album lurking in that hour-plus). Último Tour offers a greater range of Bunny’s influences, but its predecessor is the banger, and like I keep saying, this year I did need bangers.

Speaking of which, have we even talked about the year’s über-banger “WAP”? I love that the Slate-affirmed filthiest chart topper of all time (it’s science) arrived in the year when so many of us couldn’t even be in the same space, let alone follow Cardi and Megan’s step-by-step instructions. As I offer my year-end lists before passing back to Carl, let’s raise a glass in anticipation of a year when a sane president and a reliable virus will make it possible for us all to be out in public, making a scene.

Bring a bucket and a mop (and an illustrated book about birds),