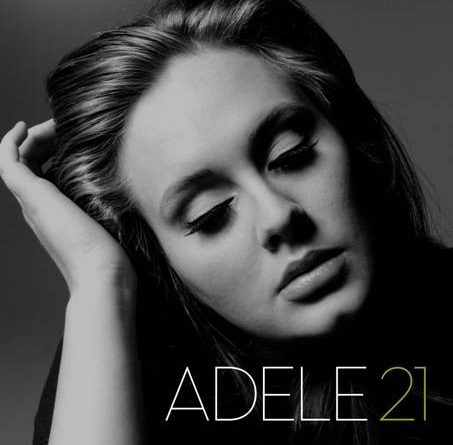 The lady sitting atop both of Billboard‘s major lists this week has made enough news in 2011 that I’m tempted to rename this column “This Week in Adele.” The British thrush is certainly making enough sad news these days, canceling her tour and preparing to undergo much-needed throat surgery. But in happier news, her inventory of rarified chart achievements just keeps getting longer—so much that stat geeks like yours truly have begun to imagine the truly exceptional, hall-of-fame-level feats she could yet pull off.

First, this week’s stats. Adele holds at No. 1 on the Hot 100 for a fifth week with her wistful ballad “Someone Like You.” Added to the seven weeks “Rolling in the Deep” commanded the list in the spring, Adele’s 12 chart-topping weeks in 2011 represent the longest cumulative run at No. 1 since the Black Eyed Peas held the penthouse for fully half of 2009’s weeks. Among women or solo acts, it’s the longest run in a year since Mariah Carey’s 15 weeks ruling the Hot 100 in 2005 with two singles (“We Belong Together” and “Don’t Forget About Us”).

The bigger news is on the album chart. By sliding back into the top spot on the Billboard 200 for a 13th week (out of 35 weeks on the chart, all but one of them spent in the Top Three), Adele’s 21 becomes the first album to surpass a dozen weeks on top in more than a dozen years. Back in 1998, the Titanic soundtrack ruled for 16 weeks; among albums released since then, 21 just overtook Santana’s Supernatural, a 12-week leader in 1999-2000.

Switching from chart position to Soundscan, 21 has now crossed four million in sales (another 106,000 sold just this week). Adele is the first artist to sell that much of a single disc in a single year since, again, Carey in 2005, with The Emancipation of Mimi.

So, this much is certain: With only about a month left in Billboard‘s “chart year,” which ends on November 30, and two-plus months left in the calendar year as tallied by Soundscan, Adele is going to have the top-selling album of 2011, by any measure. It’s not even gonna be close: the year’s second-best seller thus far, Lady Gaga’s largely petered-out Born This Way, is at 1.9 million, less than half of Adele’s still-piling sales.

It’s also the safest of bets to assume that 21 is going to clean up at the Grammys next February. In particular, the prestigious, show-closing Album of the Year trophy is all but in the bag.

Sure, sometimes the National Academy of Recording Arts and Sciences decides to be ornery. Sometimes they fail to give the AotY prize to a richly deserved best seller—they’ll miss the boat on, say, Amy Winehouse’s Back to Black, and instead reward a culturally irrelevant lark of an album recorded by an aging legend. But, c’mon: an album that saved the industry’s bacon this year, and is adored by middle-aged Starbucks patrons? Adele is a Grammy slam-dunk. NARAS already gave her Best New Artist in 2009; they’re probably pre-engraving her other statuettes as I type.

The orneriest group of all is the rock-critic community, who go out of their way not to agree with either NARAS or record-buyers when doing their year-end list-tallying. These are folks who will top their lists with an Animal Collective album that will probably never come close to gold.

Ah, but if you aggregate hundreds of critics’ lists—exactly what this fine publication does each year in its Pazz & Jop poll— you see the nation’s scribes don’t veer from popular consensus quite as drastically as one might suspect. A look back at nearly 40 years’ worth of P&J winners shows the critics overlapping with Billboardor the Grammys roughly once or twice a decade.

That said, the critics rarely line up with both the buyers and the business. To be exact, it’s happened only once. You may have heard of the album that did it: it came out at the end of 1982, and its name was Thriller.

Could Adele pull off the trifecta? That last prize, Pazz & Jop—the least renowned award, obviously, but a clear marker of serious acclaim—will be the toughest. I’d put 21 at roughly a one-in-five shot of taking it. In a year where three-time Pazz & Jop winner Kanye West released a collaboration with Jay-Z that critics praised sonically but derided lyrically; when two-time winners TV on the Radio released their least-acclaimed album in years; and when four-time winner Bob Dylan stayed on the road and out of the recording studio, a widely admired pop album like Adele’s could, in theory, pull an upset victory.

In American entertainment, the highest multihyphenate career honor is the widely joked-about but much-coveted EGOT—winning all four major prizes, the Emmy, Grammy, Oscar and Tony. Sure, Rita Moreno, that’s impressive and all, but you get a whole career to pull that off.

To achieve what I’m going to call a PB&G—leading Pazz & Jop, topping Billboard‘s year-end tally of bestsellers, and winning the Grammy for best album—demands complete dominance of music in a single year. It may not be as impressive as an EGOT, but it comes with its own degree of Zeitgeist-owning difficulty. As a fan of lists and someone who considers himself both a professional music critic and a professional chart geek, I’m rather nerdishly obsessed with the idea of the PB&G, rare though it may be.

The Grammys and Billboard‘s album chart have each existed for just over 50 years. But the Voice has only been compiling Pazz & Jop since the early ’70s (started in 1971, with a two-year break before the poll came back and become an institution in 1974). During those four decades, an album has taken at least two of the three prizes 13 times. By the way, the 13 albums are by 13 different artists, with no repeaters—even going two-for-three on a PB&G is exceptionally hard!

I’ve already mentioned the sole album that claimed the PB&G trifecta, Michael Jackson’s Thriller. Let’s run down the other dozen albums that went two for three and consider why so many of them came thisclose.

It’s not too surprising when an album wins both “B” and “G”—the Grammy is an industry prize, and when Billboard shows an album sucking cash out of enough millions of wallets, NARAS members feel all but obligated to give it the statue. Since 1971, eight albums including Thriller have both won the big Grammy and topped the Billboard year-end list. The seven not by Jackson were as follows—the year in parentheses is the one for which the album won the Grammy and topped Billboard, which is not necessarily the year it came out:

(* Morrisette’s album came out in 1995 and won the Grammy for that year; but in Billboard it wound up the best-seller of 1996.)

The fact that none of these seven albums topped Pazz & Jop is unsurprising in most cases, save perhaps Fleetwood Mac in 1977. Rumours is deeply beloved by many scribes, but when polled in early ’78 the critics placed it fourth; 1977 was the year of the punk watershed, and so naturally the Mac placed behind three of that genre’s totemic albums—Sex Pistols’ Never Mind the Bollocks, Here’s the Sex Pistols, Elvis Costello’s My Aim Is True and Television’s Marquee Moon. All of the other six albums didn’t even come close with critics, ranging from a 10th-place showing for King in ’71 to 58th for Swift in ’08—and the two soundtracks didn’t place with the Pazz-pollees at all.

Rarer is when the critics and NARAS agree on an album. It’s happened five times, including Thriller. The four non-Jackson winners at both the Grammys and Pazz & Jop were as follows:

All four of these discs had a magical combination of Grammy-viable mass appeal and critic-charming quality. You might wonder why at last a couple didn’t wind up tops in Billboard, too. Two of them, Wonder’s and OutKast’s, topped the weekly album chart for months apiece (coincidentally, both were career-watershed double albums). But both were hurt by off-year release dates; Wonder’s sales for Songs were spread across 1976 and 1977, and OutKast’s for S/TLB across 2003 and 2004. A similar fate befell Simon’s Graceland, which sold decently in 1986 but then more heavily after it won the Grammy in early 1987.

If we broaden our PB&G definition to permit albums that won the various prizes over two years instead of one, these three discs (all of the above except Dylan’s) came very close to the trifecta. Each wound up as Billboard‘s No. 2-ranked album of the year—in the year after it came out. Wonder was second in 1977 behind Fleetwood Mac’s Rumours; Simon was runner-up in 1987 to Bon Jovi’s Slippery When Wet; and OutKast took silver in 2004 behind Usher’s Confessions.

The 12th and final album to go for two-for-three as a PB&G, Bruce Springsteen’s Born in the U.S.A. (1984/1985), is the only one to top Billboard‘s list and Pazz & Jop without winning the Grammy. (Like Morrisette’s album above, it gets in on a technicality, taking one prize each in two different years. Born was a 1984 album that topped P&J for that year but sold so heavily for so long that it was Billboard‘s top-seller for 1985, not ’84.)

By all rights, Springsteen should have won the big Grammy for his career-defining, pop-radio-dominating album, but the competition was tough in 1984. Unfortunately, rather than losing the prize to other definitive, unimpeachable discs like Prince’s Purple Rain or Tina Turner’s Private Dancer, Born in the U.S.A. fell at the Grammys to Lionel Richie’s Can’t Slow Down—which is as good a statement on NARAS’s tastes and cultural predilections as any. (I mean, Lionel’s adorable, don’t get me wrong, but…)

Moving back to 2011, we’ll start finding out how Adele made out in about six weeks. Grammy nominations are announced on November 30, and later that month Billboardwill crown its top-sellers. Pazz & Jop will follow roughly a month into 2012, with Grammy winners revealed in mid-February.

Do I really think Adele can pull it off? Again, Pazz & Jop is the fly in the ointment, but 21 doesn’t need to top even a plurality of critics’ Top 10s to go all the way. If Adele is a fixture somewhere in the middle of enough lists, she could sneak her way to the top—much the way, in 1992, Arrested Development’s debut album topped P&J, without topping many critics’ individual ballots. Or the way the Beatles’ Sgt. Pepper has, in the past, topped numerous all-time album polls while not being the No. 1 favorite of very many individual critics.

And if 21 does join Thriller among the only PB&G albums ever, what does it mean? Is Adele the new Michael Jackson? Hardly: the bar for music-industry success is much lower in 2011. Even at quadruple-platinum, Adele’s disc in 2011 has sold roughly one-third of what Jackson’s did in 1983 alone. And if she tops Pazz & Jop this year, it’ll be because critics’ attention is pulled in a gazillion directions.

As the music business of the early ’80s struggled to come out of its post-disco slump, Jackson was a kind of pied piper, earning credit (along with MTV) as a rising tide at record stores that lifted a great many boats. Sadly, as shown by the gap between Adele’s album and everyone else’s this year, she is a towering figure in music, but not a widely emulated one.