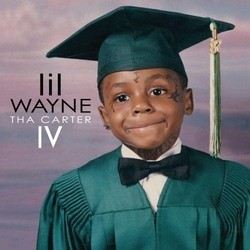 Making predictions in the music business is a mug’s game. As they say in the financial world, past performance is no guarantee of future results—and on the Billboard charts, it’s becoming a worse indicator all the time.

Who knew that the top-selling album of the year would come from Adele, who’d never had a big pop-radio hit and whose last album took more than two years to go platinum? Who knew, at the height of female pop on the radio, that Beyoncé, for the first time in her career, would drop an album that produced no Top 10 hits?

If there’s one superstar who seems poised to benefit from past performance, it’s Lil Wayne, the rapper behind four consecutive No. 1 or No. 2 albums and the top-selling album of 2008, the triple-platinum Tha Carter III. Building on that brand name, Weezy’s next disc, dropping just after the stroke of midnight on Monday, is Tha Carter IV—as sure a guarantee as you’re likely to find in the fractured music economy of 2011.

This week at least, the early indicators for Wayne look promising. His latest prerelease single from TC4, “She Will,” debuts at the top of Billboard‘s Digital Songs chart with an impressive 255,000 sales. That’s his best sales week for a single as a lead artist. Except for a single week in late 2009, when his featured performance on Jay Sean’s smash hit “Down” sold 337,000 downloads, he’s never rolled this many tracks in a week. Among singles he’s led, Weezy’s prior best one-week mark was the 225,000 downloads rolled by “Right Above It,” the only single from his late-2010 album I Am Not a Human Being.

On the Hot 100, where digital sales are combined with airplay, “She Will” materializes at No. 3, impressive for a track so early in its radio life. In its first week at radio, the track ranks 71st on Billboard‘s Hot 100 Airplay chart, with particular strength at urban radio—”She Will” is already in the top 20 on the airplay-heavy Hot R&B/Hip-Hop Songs chart.

And did I mention that “She Will” is one of two Wayne hits in the Hot 100’s Top 10? “How to Love,” whose big-budget but possibly message-muddled music video debuted this week, is still hanging around the winners’ circle after peaking at No. 5 a month ago; it currently sits at No. 8 on the Hot 100. This is the second time Weezy’s had a pair of singles as a lead artist in the Top 10 simultaneously. Three years ago, the No. 6-peaking “A Milli” shared winners’ circle space with the descending former No. 1 “Lollipop” for several weeks during the summer of 2008.

Weezy was hot that summer. Is he still? That’s the question as TC4 drops next week. Wayne’s album won’t make landfall on the Billboard 200 until two chart weeks from now; Nielsen Soundscan will tally his first week’s sales right after Labor Day. Assuming Weezy’s latest debuts at No. 1, we could see a solid month of album-chart dominance by hip-hop discs. This week, the Jay-Z/Kanye West team-up Watch the Throne is in its second week at No. 1, and next week their majesties will either repeat for a third week or be usurped by Game, whose The R.E.D. Album is forecast to compete for the top slot. The week after that, they all clear the way for Wayne.

A No. 1 debut by Lil Wayne is something you can safely bet the house on. But the size of his debut is anyone’s guess. Surely, as the sales of “She Will” indicate, it will be measured in the hundreds of thousands. But that total might underwhelm because of Weezy’s prior status as a million-weeker; in 2008, TC3 joined the very elite group of albums that have sold a million copies in a single week (barely—it rolled 1,006,000 discs in its first week).

Like Jay-Z, West and Eminem, Lil Wayne is the rare hip-hop act who’s a reliable album seller. The two albums he released in 2010—the rock/rap hybrid Rebirth and the more mixtape-ish I Am Not a Human Being—did remarkably well considering they were stopgap, non-Carter-branded titles timed around his eight-month incarceration. Rebirth, universally panned as an ill-conceived Jordan-tries-baseball stab at guitar rock, eventually sold about three-fourths of a million discs anyway, peaking at No. 2. Human Being, dropped when Weezy was in the clink and unable to do much promotion, made it to No. 1 and cumulatively sold just under a million.

Despite its Carter branding, Wayne’s latest hasn’t garnered much buzz suggesting he’ll repeat his 2008 million-week status. I’d surmise that there are several reasons for this:

Lack of a dominant single: Back in ’08, Weezy was riding high after topping the Hot 100 for more than a month with the smash “Lollipop,” featuring Static Major. This year, while the ballad “How to Love” has surely broadened Wayne’s appeal at radio (Billboard reports that there have even been a few Hot AC stations spinning it), programmers have been cooler in general toward TC4‘s four prerelease singles—in addition to “How” and “She,” they include “6 Foot 7 Foot” and “John.” Of the four, “How” has done best at radio, rising to fifth on the Airplay chart as of this week. But in ’08, during the TC3 promotional cycle, two singles did better: “Lollipop” ranked first in airplay audience for several weeks, and “A Milli” made it as high as third place.

On the digital side, all of this year’s Weezy singles have done solid numbers; the earliest single, “6 Foot 7 Foot,” has crossed two million in sales. But there’s a base of Wayne fans that will buy anything he releases as a matter of course. For an album to roll million-level first-week numbers, more moderate fans have to feel like Wayne is (pleasantly) ubiquitous, and radio hasn’t made that happen.

Lil Wayne, “How To Love”

Haphazard, non-retailer-backed release: TC4 has been delayed multiple times, and its August 29 release date was only made official a week ago. Given that lack of coordination, it’s unlikely that Wayne will benefit from the sort of carefully planned retail launch that has become standard for major album releases.

In the past 12 months, we’ve had two albums join the million-weeker club, and both had a retailer to thank in part for their massive numbers. Last November, Taylor Swift’s third album Speak Now sold 1.05 million discs in its first week. Swift provided an exclusive edition of her disc to Target, which at the very least provided a coordinated promotional boost and, given the close numbers, may have made the difference in her million-week status. Then, in May, Lady Gaga sold 1.3 million copies of Born This Way in week one, including a staggering 440,000 MP3 copies sold by Amazon for 99 cents—a move unsanctioned by Gaga and her label. While I disagree with some chart geeks and pop fans that Gaga couldn’t have joined the million-weeker club without those fire-sale downloads (we’ll never know how many of those buyers would have bought the album anyway), there’s no question Amazon’s promo had a massive awareness effect.

Even lower-selling titles have benefited from retailer coordination, the most recent being iTunes’ exclusive window on Jay-Z and Kanye West’s Throne. The Apple store had the album to itself—among all retailers, online or otherwise—for the first four days of release. The unusual release was a key part of the two rappers’ efforts to keep the album from appearing early on filesharing sites. Speaking of which…

The leak effect: Throne made music-biz headlines when it successfully remained unleaked in the days leading to its iTunes release. Weezy isn’t that lucky—music blogs are already reviewing prerelease copies of TC4.

It’s always hard to quantify what effect leaks have on a hotly anticipated album. And that’s regardless of when the leak happens. Even after their prerelease success in preventing leaks, Jay-Z and West were widely agreed to have underperformed in Throne‘s first week; once the album was made available on iTunes, digital copies quickly proliferated, and the final tally of 436,000 fell below the industry’s prediction of 500,000-plus. It’s hard to envision Wayne doing much better than the Throne with an album that will have been circulating for days by the time it drops.

Album sales across the industry: As has been widely reported in the media since spring, album sales have been staging a modest comeback this year. But while 2011 to-date sales are beating the equivalent 2010 period by about 2%, that can’t erase the sales lost since Wayne dropped TC3 in 2008—in both 2009 and 2010, album sales across the business were down more than 10% from the prior year.

Also, as rosy as the picture looks this year for music sales, current albums remain modest, especially if you don’t count music-biz redeemer Adele. The inexorable march toward song sales over albums continues unabated—paid track downloads are up a much more impressive 11% this year over 2010, dwarfing the rise in full-length sales. That rising tide might explain why Wayne is rolling his best-ever digital-song numbers now, even if “She Will” isn’t nearly as culturally dominant a hit as “Lollipop” was three years ago.

If I were a betting man, I’d say Tha Carter IV does about the same in its first week as Watch the Throne—about 400,000 copies, maybe less. That’s more than enough for Lil Wayne to maintain his status as one of the biggest rappers in the game, albeit a little less flashy than the numbers he was pulling in 2008, the Year of Weezy. Back then, Wayne heralded the start of summer with Tha Carter III, dropping his blockbuster disc less than two weeks before the vernal equinox. This year, perhaps it’s appropriate that he’s releasing his latest Carter just before the start of the fall.