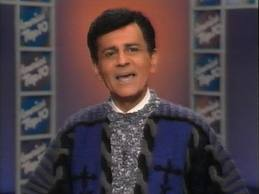 Idolator
1 August 20086 August 2019
When this column debuted on Idolator, I briefly referred to the Hot 100, Billboard‘s premier singles chart, as “the Dow Jones of pop.”

As quippy as that might have sounded, I wasn’t kidding. Like the Dow Jones Industrial Average — which signifies the health of the U.S. economy for millions of people who understand little about what the Dow means or how it works — the Hot 100 has been around long enough to become both a fixture and a shorthand for the current state of U.S. popular music.

The Hot 100 is exactly 50 years old this week. The first No. 1 song on the chart Billboard launched the first week of August, 1958, was Ricky Nelson’s “Poor Little Fool,” an ode to a teasing girl and her bedeviling kiss. It’s a considerably politer — if more spiteful — song than the current chart-topper, which tackles a similar topic.