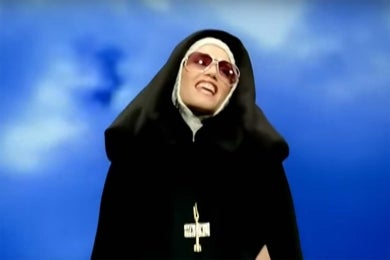 Slate’s music history podcast is here to quiz you with some Broadway trivia.

Think you know music? Hit Parade, the music history podcast from Slate, is back with a new episode of The Bridge.

In this monthly mini-episode of Hit Parade, host Chris Molanphy is joined by T.J. Raphael, senior producer of the Slate Podcast Network. Together, they quiz one listener contestant with some music trivia. The player also has the opportunity to turn the tables: They get a chance to try to stump Molanphy, a music journalist for the past 25 years, with one of their own trivia questions.

Chris is also joined by Elizabeth Craft, an assistant professor of musicology at the University of Utah. Her research focuses on musical theater from the early 20th century to the present; she’s published pieces on the musicals of Lin-Manuel Miranda, including a recent article on the politics and political reception of Hamilton, and she’s currently working on a book on Broadway legend George M. Cohan.