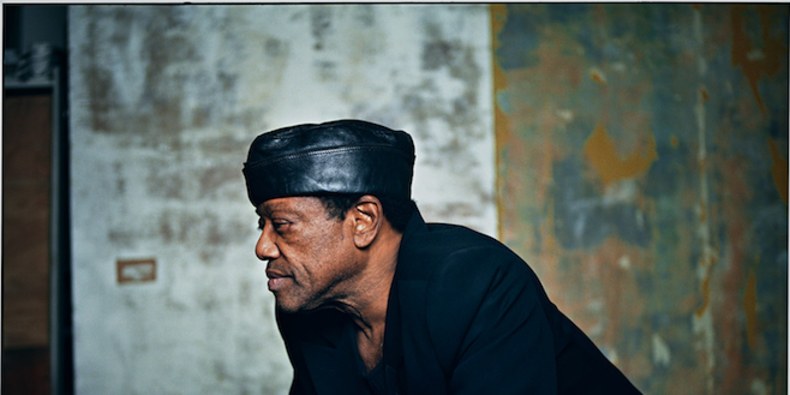 After a long, colorful career, Bobby Womack died on Friday at age 70. Critics, music historians and longtime R&B fans know his importance, but despite Womack’s deserved induction five years ago into the Rock and Roll Hall of Fame, describing the magnitude of his accomplishments to the larger public is something of a challenge—this is not a man who made the cover of Rolling Stone or won Grammys.

Or, for that matter, scored big pop hits—compared with his contemporaries Sly Stone, Al Green and Marvin Gaye, Womack was not a regular presence on Top 40 radio, even at his peak in the early 1970s. By and large, his stomping grounds were R&B radio and Billboard’s black-music chart, which in the late 60s and 70s was called Best Selling Soul Singles or Hot Soul Singles.

As I noted in a recent Pitchfork feature about the complex history of this chart, there were quite a few artists in the 1970s who could sustain strong, vital careers via the R&B chart without much crossover to pop radio or Billboard’s flagship chart, the Hot 100. Bobby Womack was in the upper tier of these black radio-and-retail superstars—along with Curtis Mayfield, George Clinton or Teddy Pendergrass—who rarely or passingly courted the mainstream but found stardom regardless.

To give a sense of Womack’s stature in this black-music demimonde, here’s a list of his hits on Billboard’s Soul Singles chart, from 1968 to 1985. A full version of this R&B-hits list would be 43 songs long—I’m just providing the 26 singles that hit the top 40 portion (Best Selling/Hot Soul Singles ranged anywhere from 50 to 100 positions during Womack’s heyday). Top 10 hits are in bold:

Just four Womack songs hit the pop Top 40—and only one scraped the Top 10. Ten additional Womack hits made the lower rungs of the Hot 100, for a total of 14 hits that charted pop in some fashion (plus four others that “bubbled under” the Hot 100, according to Billboard). The gap between his songs’ performance on the Soul chart and the Hot 100 was often stark. For example, his 1972 No. 1 Soul hit “Woman’s Gotta Have It” only reached No. 60 on the Hot 100. Or consider his classic title theme to the blaxploitation film Across 110th Street—now perhaps Womack’s best-loved song, thanks to its 1997 placement in Quentin Tarantino’s Jackie Brown—which placed a respectable 19th on Soul Singles in 1973 and only 56th on the Hot 100.

Mind you, there’s nothing wrong with any of this—differences like this are what genre charts like Hot Soul Singles were for. Womack was obviously bigger with a core R&B audience and only intermittently familiar to the pop audience, and Billboard’s charts accurately reflected that.

However, to reiterate the point of my R&B chart history, this disparity also serves as a reminder of why genre charts with their own distinct audiences are so important. Womack serves as a signal example of this: If Billboard in the early 70s had allowed the pop audience and the Hot 100 to dictate what an R&B hit was, Womack would have looked like a considerably smaller star than he actually was.

In 2012, Billboard—bowing to the wholesale shift of music consumption toward the digital domain, and the near-shuttering of black music retail—converted its black-music chart. Now named Hot R&B/Hip-Hop Songs, it’s driven by the same audience data used to build the Hot 100. Which means the R&B/Hip-Hop chart is now essentially a miniature version of the Hot 100, with the songs that qualify as R&B or hip-hop in the same order each week as they appear on the big pop chart. “Crossover” as we used to know it—whereby certain songs evolved, over weeks or months, from smaller genre audiences to the mainstream pop audience, or vice-versa—no longer exists.

Out of curiosity, I went back to old issues of Billboard from the 60s and 70s, to look at the charts where Womack’s biggest hits peaked. I used the same basic methodology Billboard is now using for Hot R&B/Hip-Hop Songs—taking the Hot 100 and cutting it down to just the R&B records—to create faux versions of Hot Soul Singles. This is not an exact science, but my goal was to determine how big Womack’s hits would have been if the great mass of pop fans had been in charge of determining the size of his Soul chart hits.

The upshot: All of Womack’s Soul chart hits would have been smaller. For example, let’s take Womack’s biggest hit on both charts, his smash 1974 recording “Lookin’ for a Love” (actually a solo rerecording of his own composition, first recorded in 1962 by his family band the Valentinos). The ’74 “Lookin’” was a No. 1 hit for Womack on Hot Soul Singles, and it was his only Top 10 on the pop chart, peaking at No. 10 on the Hot 100. He hit that peak on the chart dated April 27, 1974. Here’s what the Top 10 on the Hot 100 looked like that week:

I’ve bolded the songs Billboard would count for Hot Soul Singles under post-2012 rules. Pull out the Grand Funk, Ringo Starr, Blue Swede and Jim Croce hits, and you’re left with a faux–Hot Soul Singles on which Bobby Womack’s hit would have peaked at No. 6. (Interestingly, during this particular week, two crossover songs by rock acts, Elton John and Redbone, would count—both were legitimate hits on the actual Hot Soul Singles in their day.)

I’ve reproduced this April 1974 Top 10 in full, because it’s the best Womack ever did on the Hot 100. But I played the faux–Soul chart game with a half-dozen other Hot 100s on which Womack hits peaked, at much lower positions. Here’s how those hits actually did on the real Soul Singles chart, compared with how they would have fared under the pop-driven rules used on the charts of today:

Fortunately, of course, none of these faux-Soul peaks are real. Bobby Womack was charting at a time when black retail and black radio were both vital and providing data to the actual Soul Singles chart. (One worries how we will identify the next Womack in the current digital-driven, pop-dominated music universe.) Truth be told, even on the R&B charts of the 60s through the 80s, Womack did not enjoy the kind of consistent career enjoyed by the likes of the Isley Brothers or Stevie Wonder. But even during fallow periods in Womack’s career—many self-inflicted, thanks to drug abuse and troubling personal decisions—the R&B audience remained loyal to him; he scored his last R&B chart hit (a duet with Ron Isley) in 1994.

Indeed, audience loyalty is a theme that pervades the history of black popular music. As critic Douglas Wolk notes in his superb memorial to Womack at Wondering Sound, despite a career and a life “marked by one wrong turn after another [and] genuinely catastrophic personal decisions,” the catlike Womack was given chances to renew himself, over and over—often by fans who weren’t concerned with pop crossover. While his biography will always lead off with the writing of a Rolling Stones classic and close with a final act provided by Damon Albarn, Bobby Womack owes the red-hot core of his singular career to fans of uncompromising, gutbucket soul.