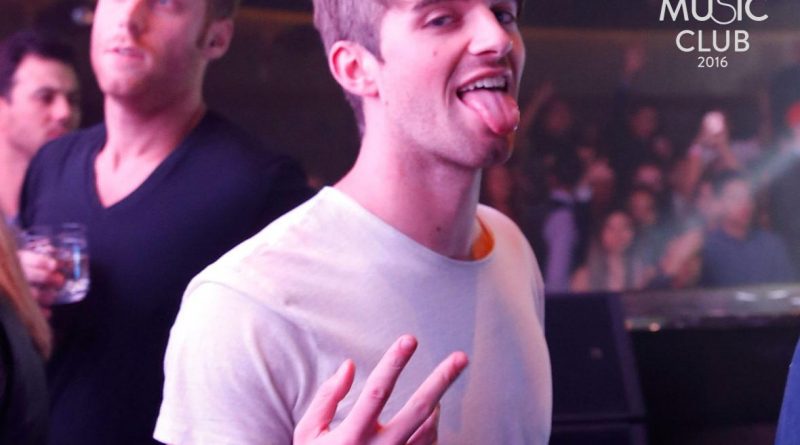 This was a terrible, horrible, no good, very bad year on the pop charts. But streaming gives some hope.

I appreciate this opportunity to emerge from my perpetual fetal-ball crouch with you all. To the punch list of 2016 bereavement and dread that Carl, Julianne, and Ann have already run down, I can only add this anecdote, regarding an event we have all attended over the years, the Experience Music Project Pop Conference in Seattle. At this year’s PopCon, back in mid-April, I helped put together a panel titled “In Memoriam”—a collection of mini-eulogies to honor the staggering list of deceased musical luminaries from late 2015 and early 2016. To that point, we figured the year had thrown us its worst in the form of Bowie, Lemmy, Merle, Cole, White, Kantner, and Phife. Less than a week later, we lost Prince. I’m not sure many of us music obsessives could have held it together for a conference, let alone an “In Memoriam” panel, if His Purpleness had died before we had gathered to mourn. As with the result of this year’s election, Prince’s death still doesn’t feel real to me.

So I can’t put a more cheerful face on 2016’s wall of death for you. The same goes for the charts, notwithstanding some posthumous Billboard feats by Bowie and Prince that, for a moment, put a smile on chart-watchers’ faces. Given Carl’s and especially Ann’s cynicism about this year’s Billboard results, I have my work as a chart-pop defender cut out for me. You guys are committed pop followers, you are dismayed, and you are not alone: Ever since Billboard announced its year-end top Hot 100 hits of 2016 this month, my social media feed has been a collective howl of protest—from some of the most centrist and pro-pop critics—about what a world-historically awful year 2016 was for the U.S. charts. (I would counter that large portions of the top hits of, say, 1991 and 2002 were just as dispiriting. The charts are cruel to even the sunniest pop fan and will eventually disappoint you—it was ever thus.)

Still, yes, this was indeed a dour, sour, downbeat year for hit music—such that even the folks who advise radio programmers are complaining about the lack of tempo. I’ve been writing about the sadness of 2016’s hits all year. Carl already highlighted several of the worst offenders, from that risible Lukas Graham song that, mark my words, is going to go home with a major Grammy or two, to Drake’s snoozy summer song victor “One Dance.” Which probably would’ve been the most critically loathed chart-topper of the year if the Chainsmokers’ “Closer” hadn’t emerged to take that title.

Even the year’s upbeat songs had an underlying gloom, including Sia’s improbable chart-topper “Cheap Thrills” and especially Justin Timberlake’s flimsy “Can’t Stop the Feeling!” (Its exclamation point now resembles a cruel joke.) I will say that some of the year’s most numbing hits were growers, especially those with island riddims or approximations thereof. For example, Rihanna’s gibberishlike, ultimately superlative “Work” started to sound invigorating as winter turned to spring. (For a summer follow-up, Rih hedged her bets in the tempo department by simultaneously charting with Calvin Harris’ club-ready, pseudonymous “This Is What You Came For” and her own dour, spooky “Needed Me.”) And Ann, while Bieber’s press statement–cum-apology “Sorry” was indeed hollow as an act of contrition, I can’t cosign your discouragement at the song’s sticky persistence—musically it’s a refreshing faux-tropical breeze compared with much of what passed as pop this year. (If I’m being honest, if I hadn’t voted for “Sorry” in 2015, it might be my top song in this weak year; no other hit brought me more pure pleasure. Instead, I am giving my top slot to an 8-year-old Empire of the Sun gem that became an American hit for the first time this year thanks to a Honda commercial. It outclassed everything on the radio in 2016.)

I don’t know if I can convince anyone to find hope in this year’s charts—I’m not sure I’ve convinced myself—but as long as we’re talking about Bieber, let’s at least find a trend by dissecting how he wound up with the year’s top hit. Ann is right that “Love Yourself” is petulant and nasty. It’s appropriate that in the year of Trump, Bieber and songwriter Ed Sheeran’s ode to pop-brodom took the crown. (Given its popularity on female-driven pure-pop and adult-contemporary radio formats, there’s a metaphor in there for Trump’s success this year with white women, but I’ll leave that there for now.)

The fact is, “Love Yourself” might be the last of a dying breed: a hit that was not fueled by streaming. Mind you, Bieber did fine on YouTube, as he always does. But even with that video-fueled boost, “Love Yourself” was only the sixth-biggest streaming hit of the year. And at on-demand music-only providers such as Spotify and Apple Music—where, as you all pointed out, the real action is these days—“Love Yourself” only ranked 19th for the year. So how did Bieber take the year-end Hot 100 crown? Simple: “Love Yourself” was the most-played radio and best-selling digital hit of the year. The latter data point feels particularly anachronistic: At only roughly 3 million in cumulative digital sales, “Love Yourself” is the lowest-selling top hit of the year in nearly a decade, since Beyoncé’s “Irreplaceable” in 2007—when the iTunes Store was still fairly new. So would it be fair to analogize the Hot 100 formula to the U.S. Electoral College—a wizened system that gives an artificial boost to smaller populations’ preferences? Not quite: Bieber’s radio audience represents millions upon millions of listeners. (And he’s been fighting hard for that audience of radio-listening adults since his career launched.)

But streaming, for better or worse, is clearly the future—and it must be said, streaming has kept the mid-2010s pop charts from becoming the musical equivalent of #OscarsSoWhite. (Especially considering what the charts looked like just three years ago, at the peak of the pure-pop early ’10s.) I share Julianne’s enthusiasm for Rae Sremmurd’s “Black Beatles,” both as a song and as a cultural event, and as I noted in my piece about the hit, it was heartening to see it top the charts the very week of Trump’s upset victory. That was largely due to streaming, which has pulled radio toward the song. Streaming also made smashes out of Desiigner’s “Panda” (the top streaming hit of the year), out of D.R.A.M. and Lil Yachty’s giddy “Broccoli,” and out of … yes, Drake’s unkillable “One Dance.” For that reason alone, I can’t argue that streaming has been a wholly good force on the charts—early evidence suggests that the recursive loop generated by Spotify users, who click on already-popular hits like mice requesting another pellet, is having an outsize effect—and I agree with Carl that the overstuffed Drake and Weeknd albums suggest we may be returning to the peak-CD era of the bloated album.

On the other hand, we also have streaming to thank for the fascinating, ambitious, shape-shifter albums of 2016 you all have been discussing—all of them R&B and hip-hop releases, from Rihanna’s Anti to Kanye’s Life of Pablo to Chance’s Coloring Book to Frank Ocean’s Blond(e). Even Beyoncé’s world-beating Lemonade—which launched as a mini-movie event on HBO and is designed to play as an old-school album, her second straight disc to throw back to the pretrack era—came with a heavily marketed Tidal exclusive. Like her erstwhile friend Kanye, Bey has largely given up on the radio: Her self-titled 2013 album never generated a serious airplay hit (“Drunk in Love” charted high largely on sales and streams), and neither has Lemonade; “Sorry” peaked just outside the Top 10, again fueled by streams because it never became a top 20 radio hit. Even as Beyoncé still sells truckloads of albums, her business model is built around the consumption era on the charts.

One final word about Lemonade, my album of the year, and the National Academy of Recording Arts and Sciences’ second shot at doing right by Bey (I am not getting my hopes up). In his original review back in April, Carl mused about whether the album actually worked as music. At the time, I was equally wary—2013’s Beyoncé was such a stellar album, and the rollout of Lemonade felt like the ultimate do-over, only bigger and hypier. I suspect Carl has wound up close to where I am now: I haven’t watched Lemonade, the film, in months, but I’ve been living with Lemonade, the music, all year. That’s the reason I think Lemonade ultimately won the year—it wasn’t just the albumness of the album, or its tabloid qualities, or its impressive stabs at rock and country (inspired or pandering? you decide), or even its wokeness. By the fall, I realized that Lemonade was the album we all just lived with the most in 2016—when I attended late-summer concerts, and its tracks came over the P.A. and everyone sang along, it felt sturdy and instantly familiar, like it had somehow existed forever. I think we’re all looking for both righteous rage and mellifluous comfort to play us out of this awful year, and I can’t think of another album that accomplished all that.

Take care of your mother, watch out for your sister,

1. Beyoncé, Lemonade
2. David Bowie, ★ (Blackstar)
3. Car Seat Headrest, Teens of Denial
4. A Tribe Called Quest, We Got It From Here… Thank You 4 Your Service
5. Maren Morris, Hero
6. Anderson .Paak, Malibu
7. The 1975, I Like It When You Sleep, for You Are So Beautiful yet So Unaware of It
8. Leonard Cohen, You Want It Darker
9. Chance the Rapper, Coloring Book
10. Various Artists, The Hamilton Mixtape