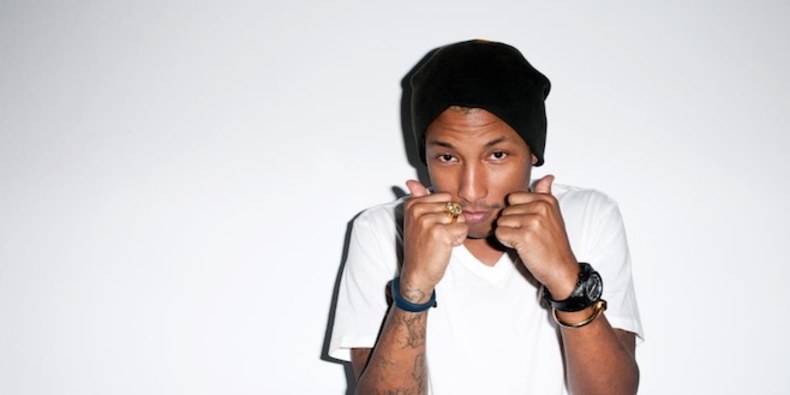 When it comes to winter and popular music, you might as well call it Event Season—the Billboard charts are shaken and stirred almost weekly by a series of major televised happenings. Just as we’re coming down from the momentary high of the Grammys, the Super Bowl comes along and sends a pair of albums by halftime star Bruno Mars flying back toward the Top 10. Even the Beatles are moving up on the album chart thanks to their own hyped Sunday night special.

What’s next on TV’s snowbound blockbuster parade? The Oscars—the second-highest-rated live television event of the year, after the Super Bowl—are just a couple of weeks away. And why endure those interminable Best Original Song performances if we’re not going to be inspired to consume some new music?

The problem with that last question is the word new. Generally, by the time a song is nominated by the Motion Picture Academy, it’s been out for months, and any chart impact it had is long past. That’s if the song was a hit in the first place—in recent years the connection between the Hot 100 and Oscar-winning songs has grown tenuous (“Falling Slowly” from Once) or nonexistent (“Man or Muppet” from The Muppets).

That’s what makes this year’s Best Original Song contest unusually interesting: Two of this year’s nominees are bucking both of those trends. Not only are these two songs currently on the Hot 100—the Top 20, in fact—but both could see a material chart benefit from the Oscar telecast itself. That’s especially rare.

On this week’s chart, the two songs in contention are up six slots apiece. The first is the infectious “Happy” by Pharrell Williams, which first appeared last summer on the Despicable Me 2 soundtrack and this week vaults from No. 8 to No. 2.

The other is the blockbuster Frozen soundtrack‘s impassioned “Let It Go” by Idina Menzel, which rises from No. 24 to No. 18.

Each song is already a Hot 100 milestone in the respective artist’s career. By rising to No. 2 this week, “Happy” is Williams’s biggest hit ever as a lead act. Over the past decade he’s been credited as a featured act on No. 1 hits by Snoop Dogg, Ludacris and, of course, Robin Thicke, but prior to “Happy” Pharrell’s highest-charting lead credit was the Jay-Z-backed “Frontin’,” which reached No. 5 in 2003. As for the Tony-winning Menzel—already a tween show-tune legend for singing Wicked’s deathless “Defying Gravity”—the closest she’s come to the Top 20, before this Frozen tune, is on a string of Glee singles that credited that TV show’s cast, not her; none got higher on the Hot 100 than her No. 20-ranked cover of Lady Gaga’s “Poker Face” with Lea Michele.

Neither song is guaranteed to win, which is part of what makes this year’s matchup interesting—not only are they both strong contenders, but they’re up against U2’s “Ordinary Love” from the biographical film Mandela: Long Walk to Freedom, a song that already won the Golden Globe. (Gaming it out: U2 has lost the Oscar before—“The Hands That Built America” from Gangs of New York lost in 2003 to an Eminem song we’ll discuss in a minute—so despite being U-effing-2 they’re not a lock. This year’s fourth nominee, Karen O, with “The Moon Song” from Spike Jonze’s Her, is probably just grateful to be a contender.)

Anyway, no matter what, all of these songs will be showcased on the Oscar telecast. So what about the chart impact?

Over at Billboard, chart-watchers are making much of the fact that Pharrell’s “Happy” is the highest-charting Best Original Song contender since Eminem’s “Lose Yourself”, winner of the 2003 Oscar and a No. 1 smash. But that Oscar win did little for Slim Shady’s song. By the time of the February 11, 2003, Oscar broadcast, “Lose” had completed its epic 12-week run at No. 1 and was slipping down the charts; its final week in the Hot 100 penthouse was in mid-January. So while Em’s win was an upset over the favored U2 (check out Barbra Streisand gasping as she opens the envelope! Shady didn’t bother to show up), by then the Oscar was essentially a ratification of the 8 Mile song’s blockbuster status; it didn’t do anything to make “Lose” a hit.

“Lose Yourself” is a good example of the overall trend: Historically, the little gold man has had a very limited effect on music sales. Most years, the Oscar producers do set aside a solid chunk of time for Original Song performances—although, given all the other song-and-dance folderol on the broadcast, those performances aren’t necessarily standouts. Mostly, though, the lack of chart impact is because most Oscar-nominated songs are too old and have already peaked.

Looking at more than a half-century of chart history—since Billboard launched the Hot 100 in 1958—very few songs (less than 10%) can be said to have received a major boost from a Best Original Song Oscar win.

As shown by this helpful Billboard rundown of 50 years of Oscar-winners on the Hot 100, a total of 16 No. 1 songs took home the Best Original Song statue. If you’re curious, the periods where the Oscars and the Billboard charts were most in sync were the ’70s and especially the ’80s—from 1970 to 1989, there were 13 Original Song Oscar winners that topped the Hot 100. Six were in the ’70s (including B.J. Thomas’s 1969 “Raindrops Keep Fallin’ on My Head” from Butch Cassidy and the Sundance Kid, which won its statue in 1970). In the ’80s, the Oscars lined up a stunning seven-year consecutive streak of No. 1 winners, from 1981’s “Arthur’s Theme (Best That You Can Do)” by Christopher Cross, through 1987’s “(I’ve Had) The Time of My Life” by Bill Medley and Jennifer Warnes from Dirty Dancing. The most amazing show for Billboard junkies was the 1985 Oscars—all five Original Song contenders were 1984 No. 1 hits: “Against All Odds (Take a Look at Me Now)” by Phil Collins; “Footloose” by Kenny Loggins; “Let’s Hear It for the Boy” by Deniece Williams, also from Footloose; Ray Parker Jr.’s “Ghostbusters”; and the ultimate winner (and weakest song of the bunch), Stevie Wonder’s “I Just Called to Say I Love You” from The Woman in Red.

None of the 16 Oscar-winning songs that reached No. 1 were sitting in the penthouse the week of the Oscars, though a few cut it very close. Two Barbra Streisand winners, 1974’s “The Way We Were” and 1977’s “Evergreen (Love Theme from A Star Is Born),” won their respective Oscars just weeks after each song fell from No. 1. In 1993, Peabo Bryson and Regina Belle’s “A Whole New World” from Aladdin spent its sole week at No. 1 less than a month before it, too, took home the statue. And in 1998 Celine Dion’s unkillable “My Heart Will Go On” (sorry if that tin whistle is now instantly stuck in your head) departed the chart summit just weeks before Titanic’s Oscar sweep.

There’s just one No. 1 Oscar winner that reached the summit after the show: Maureen McGovern’s disastrous love song “The Morning After” from 1972’s The Poseidon Adventure crawled to the top slot in the summer of 1973, a full four months after its win on that year’s Oscar telecast. Indeed, Fred Bronson’s Billboard Book of Number One Hits specifically notes, “…only after the extra attention the song garnered from winning an Academy Award [did] it become a hit.”

Among non-chart-toppers, I only count four other songs that got a solid boost and became serious hits (Top 40 or better) thanks to exposure from winning the Oscar. In 1976, Keith Carradine’s “I’m Easy” from Nashville finally debuted on the Hot 100 about two months after the show, ultimately peaking at No. 17. In 1992, Celine Dion and Peabo Bryson’s “Beauty & the Beast” had already reached the Top 10 before the Oscars, but after winning the statue it climbed back into the Top 10 and reached a new peak of No. 9. In 1994, Bruce Springsteen’s “Streets of Philadelphia” was on the rise, already bulleted within the Top 20 on Oscar night; after he took home the gold, the song rose to No. 10, its peak. Finally and perhaps most spectacularly, A.R. Rahman’s “Jai Ho” from Slumdog Millionaire had never reached the Top 40 before the Oscars, but the week after the show it catapulted from No. 100 to No. 15 and even became a brief radio hit thanks to a tacky remix featuring the Pussycat Dolls’ Nicole Scherzinger.

So, including the McGovern chart-topper, that’s five Hot 100 hits out of 54 that the Best Song Oscar materially boosted. Two other songs whose composers won the Best Original Score Oscar wound up with bigger hits after the show: Marvin Hamlisch’s arrangement of Scott Joplin’s “The Entertainer” from The Sting, a No. 3 hit in 1974; and Vangelis’s “Chariots of Fire,” which hit No. 1 in 1982. Still, even throwing in those two, that’s not a great hit ratio over more than half a century.

Should Pharrell Williams or the Frozen songwriters even concern themselves with scoring an Oscar bump? The truth is, on the list of catalysts spurring each song up the chart, the Oscar nod is icing on the cake.

In addition to its Oscar nominations, Frozen is also an improbably long-lived blockbuster. Until last week it was in the box-office top five for a full three months after it premiered—an almost Titanic-like run—and its soundtrack just spent its fourth week at No. 1 on the Billboard 200 album chart last week. The movie and soundtrack are so popular that a second version of “Let It Go,” by Top 40 starlet Demi Lovato, also made the Top 40, reaching No. 38 a couple of weeks ago. (Ironically, this version, recorded by Disney to garner radio airplay and not in the movie itself, has done less well than Menzel’s movie-based original.)

As for Pharrell, Billboard has reported that “Happy” is enjoying the glow of not one, but two TV ad campaigns: a Beats by Dre speaker ad, and a new Fiat car campaign with Diddy. At this writing, “Happy” is already iTunes’ best-selling single, topping Katy Perry’s three-week Hot 100 chart-topper “Dark Horse” for the first time—a clear sign that the song is bound for the top of the Billboard chart, too.

If you’re a Pharrell fan, here’s one last thing to root for: If “Happy” is sitting at No. 1 on the Hot 100 two weeks from now, and it takes the Academy Award, that will make it the first Best Original Song winner to be America’s top song the very week it won. Oscar might not be able to claim credit for this hit—but as they say in risk-averse Hollywood, hey, it can’t hurt.