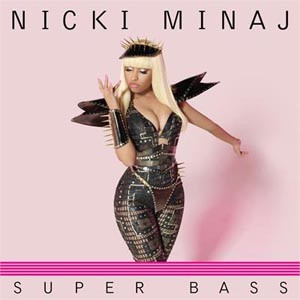 Imagine if People named an actor “Sexiest [Gender] Alive” months before he or she had released a hit movie or TV show. It’s not unthinkable, certainly—think back to the ’90s and the Julia Ormonds and Skeet Ulrichs who scored Next Big Thing magazine covers before face-planting in a flop movie—but it’s damned unlikely. Usually chart-topping, newsstand-blanketing fame comes after the public has gone gaga for the emerging star’s wares.

In music, it’s a lot easier to be a best-seller without blanketing the airwaves. Generations of quirky rock acts, from Jethro Tull in the ’70s to the Arcade Fire in 2010, have topped the Billboard album chart without even scraping the Hot 100. But pop, R&B and hip-hop acts generally live and die by the single; hit songs lead to hit albums, full stop.

Nicki Minaj spans all of these genres; she’s a new queen of hip-hop who sings like an R&B diva and aspires to pop domination. If anyone should need a big radio hit to become a best-selling star, it’s her. So it’s a total head-scratcher that only this week, Minaj scores her first Top 10 pop hit—a year after she dropped her first major-label single, and more than four months after Pink Fridaytopped the album chart.

In its seventh week on the Hot 100, the über-catchy, built-for-summer “Super Bass” creeps up one notch to No. 10. The song’s rise is fueled by an 8% leap in digital sales to 143,000—it’s the sixth-best-selling song in the country—and a massive leap in radio airplay. “Super Bass” is now the 14th most-played song in the U.S., up from 31st just one week ago.

It’s hard to overstate how odd Minaj’s chart pattern is. She was already a late bloomer as 2011 began. It took Pink Friday 11 weeks before it topped the album chart in mid-February—this in an era where some 90% of albums debut at No. 1 or never get there at all. When the album dropped in November 2010, Minaj arrived at No. 2, kept out of the top slot by Kanye West’s No. 1-debuting My Beautiful Dark Twisted Fantasy. Finally reaching the penthouse long after Christmas (and ultimately outselling her friend and collaborator West) was sweet, and rare, vindication.

Her new Top 10 hit—the sixth song from Pink Friday to chart as a single—amps up the oddness even further. In all of chart history, there are precious few instances where an act topped the album chart, then went Top 10 on the singles chart more than a quarter-year later.

Usually the pattern goes in the opposite direction: a previously unknown act gets a slow-blooming single or two onto radio playlists, and then their long-dormant album finally begins moving tonnage. Just this year, we’ve seen it happen to a two-year-old album by Mumford and Sons that’s belatedly but rapidly nearing double-platinum. But if an album gets to No. 1 without the benefit of a hit single—rockers and certain major rap acts do it all the time—it doesn’t generally produce a tardy first-ever radio smash.

This phenomenon is rare enough that it’s fun to run down the list of albums that have done it—topped the Billboard 200 album chart, then spun off an initial Top 10 hit more than three months later.

Here’s a list of 10 acts, during the 20-year SoundScan era*, who fit this pattern. They’re ranked by the size of the gap, in weeks, between their album’s arrival at No. 1 and their single’s arrival in the Top 10.

(* I’m limiting this to the Soundscan era, because the album chart was so different prior to 1991. Albums went to No. 1 much more slowly then and were based on retailers’ perceptions of what was selling, not actual data; generally, an album’s rise to No. 1 followed the rise of a hit single very closely. Looking over the prior 30-plus years of chart data, I could find only one album, Carole King’s 1974 disc Wrap Around Joy, that fit the pattern, with its hit “Nightingale” taking 16 weeks to reach the Top 10 after the album’s ascension to the penthouse. Of course, by 1974, King was a pop legend with a string of prior hits, and so this is a chart anomaly that doesn’t really fit our discussion here.)

What do these 10 acts have in common? For seven of them, this album-single pairing was either their first No. 1 album or their first Top 10 single, or both. So we can chalk up the pairings by R. Kelly, 2Pac and Britney Spears as total flukes by already-established superstars. (It was particularly fluky for Tupac: if “California Love” had been released as a single when it hit radio in the spring of 1996, rather than as a B-side to a later hit—a total WTF?! move on his label’s part—it would’ve been a Hot 100 smash at the same time his fourth album was dominating.)

The seven acts we’re left with each managed to top the album chart based on some specific X-factor, the kind that makes record buyers want to acquire their album long before they’d blanketed the radio. Of the seven, very few resemble Minaj.

The three acts at the top of the list, with mind-boggling hit-album-to-hit-single gaps of 38 weeks or more, come from three different genres: Miley Cyrus from tween-pop, Bone Thugs-n-Harmony from West Coast hip-hop, and Creed from post-grunge cock-rock. In other words, for each one, the X-factor was a loyal fanbase from outside of mainstream pop.

Cyrus had an army of Disney Channel TV fans on her side, plus a prior No. 1 album; the long wait for her first Top 10 hit reflected radio programmers’ wariness at playing her songs for adults. Bone Thugs were rap semi-stars mentored by N.W.A.’s Eazy-E when their 1995 album broke; 1996’s No. 1 megasmash “Tha Crossroads” never would’ve been a hit if they hadn’t remixed the former album cut as an homage to their late, AIDS-afflicted mentor. Finally, Creed pulled the classic rock-to-pop crossover, very slowly; their 1997 album My Own Prison had dominated AOR radio, and so rock fans were already primed for their 1999 album long before their pop-listening moms caught on the next year.

At the bottom of the tally, we might as well bump Avril Lavigne and Green Day, adding them to the fluky superstars list. True, neither had scored a No. 1 album prior to 2004, but each had been as high as No. 2 and sold tens of millions of discs worldwide. Lavigne had even pulled three Top 10 pop hits from her 2002 smash Let Go. Neither of these acts was hurting for a hit all that badly.

This leaves just two acts in the middle of the pack, who scratched their way to hit status in remarkably similar fashion: Alanis Morissette and Minaj.

Like Minaj, Morissette didn’t just arrive at No. 1 fully formed. Jagged Little Pill took 15 weeks to assume the penthouse in the fall of 1995, after duking it out with chart-topping discs from the likes of Hootie and Coolio (ah, 1995…). Also like Minaj, Morissette released a blizzard of tracks to radio before reaching the Hot 100’s Top 10. When she finally reached the winners’ circle the following year, with the English-teacher-infuriating “Ironic,” Morissette had become the neon-tinted femme-pop avatar of her age—again, rather like Minaj (no offense to Lady Gaga).

There’s something appealing about the delightfully freaky Nicki being the 21st Century hip-hop equivalent of Alanis’s 1990s postfeminist pop queen. But of course, genre matters: as an artist from the world of hip-hop, Minaj didn’t emerge from virtually nowhere the way Morissette did in 1995. Minaj’s 2011 success is the end result of three years (2007-09) of rap mixtape work, followed by appearances on more than a dozen rap and pop tracks as a featured artist, supporting everyone from Ludacris to Rihanna to Britney Spears to the Lonely Island.

Also differentiating Morissette from Minaj are the chart eras in which they made their mark. The only reason Alanis makes the late-bloomer list above is because the pre-digital Hot 100 of 15 years ago didn’t allow non-single radio tracks to chart; if her debut radio smash, “You Oughta Know,” had been released as a single in the summer of 1995, it would have been a Top 10 hit right around the same time Jagged topped the album chart. For Minaj, who records and charts in the iTunes era, any song she appears on is essentially a single. “Super Bass” is her first Top 10 hit as a lead act, because none of the others made it that far, full stop.

In the final analysis, Nicki Minaj stands alone as the hardest-working late bloomer in pop music, attacking Billboard‘s lists from all sides before scoring her hard-won victories. Here’s wishing her a busy, super-bassy summer.