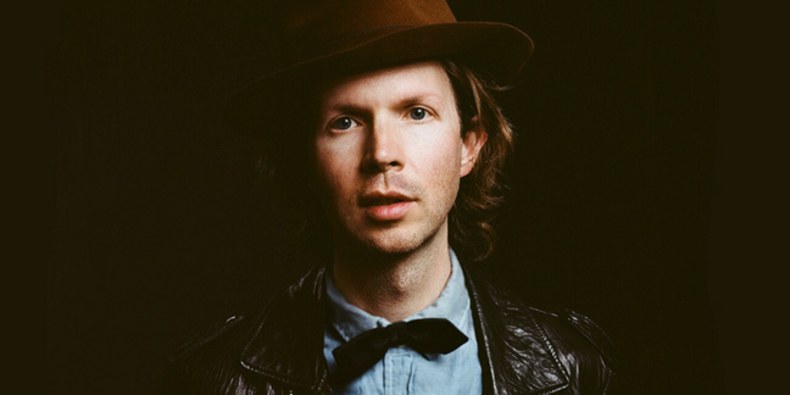 Even before Grammy night, reporters were already comparing Beck, the token “rock” contender for 2015’s Album of the Year prize, to Steely Dan. Back in 2001 the AARP-eligible duo of Donald Fagen and Walter Becker beat Beck in this same contest.

Then, after Sunday night, when Beck’s Morning Phase stunned pundits and the blogosphere (but not Prince, and not me, either) by winning the big prize, thinkpiece-writers all latched onto the Dan as Beck’s obvious antecedent: A sardonic, witty, once-edgy act, now relegated to elder-statesman status, finally wins the prestige prize over a new generation of upstarts. In other words, 14 years and five albums later, Beck had become Steely Dan.

Except, really, if you look at the numbers? It’s even a little lamer than that: Beck is Tony Bennett. And not the blockbuster Tony Bennett of the 2010s who periodically tops the Billboard charts—Tony Bennett in 1995, toiling on the comeback trail.

Steely Dan’s Grammy-winner Two Against Nature was actually a much bigger hit. Going into Grammy night 2001, even before it took home hardware, the Dan’s contender was closing in on platinum—Nielsen SoundScan reported that the album had sold 803,000 copies to that date. Of course, the Dan had the good fortune to drop their comeback album in 2000, the peak year for the music industry; anything on shiny disc sold well that year, and since then music sales overall have more than halved. As of 2013, the last time I checked with Nielsen, 2AN had sold 1.07 million.

In 2015, Beck can only dream of numbers like Steely Dan’s. But even grading on a curve for our diminished sales climate, Beck’s numbers look miniscule. As of last week, Morning Phase had sold roughly 300,000 copies according to Billboard. That’s 300K total, in just under a year—fewer copies cumulatively than last year’s Album of the Year winner, Daft Punk’s Random Access Memories, sold in its first week. It’s also almost 200,000 fewer than Arcade Fire’s The Suburbs, the first-ever “indie” winner of AotY, had sold up to its Grammy night in 2011.

These are numbers you need to keep in mind when embroiled in your raging debates about Beck’s just deserts—a lot of America was not listening to Morning Phase before this week. Which, of course, is no reflection on the quality of the album—but remember, this is not the Pazz and Jop Album of the Year we’re talking about, or Pitchfork’s. (Imagine a Grammy for Run the Jewels 2!) This is the National Academy of Recording Arts and Sciences, the people who’ve bestowed statues on everything from Sgt. Pepper’s Lonely Hearts Club Band to Can’t Slow Down to O Brother, Where Art Thou? They aren’t hipsters, and they like cultural-impact albums.

Except when they don’t—in years when they don’t pick a blockbuster, NARAS voters have funny ideas of what a hip, “artistic” album looks like. Take a look at this list I’ve compiled of the five lowest-selling Album of the Year winners going into their respective Grammy nights. These are not cumulative sales numbers to today according to Nielsen SoundScan—it’s only sales through the week each pulled off its upset victory. And make no mistake, in every case but one (Bob Dylan’s widely anticipated 1998 win for Time Out of Mind), the win was an upset:

Low-Selling Grammy Albums of the Year

It’s not hard to draw patterns among these five records. Four of them are by artists well past their prime (all but Arcade Fire’s career and commercial peak The Suburbs). The Dylan album, while universally acclaimed, was amazingly the first time any of his solo discs had been so much as nominated for Album of the Year (not counting a prior Traveling Wilburys nomination); his ’98 win was applauded as the Grammy equivalent of Scorsese’s later Oscar victory with The Departed.

In at least three cases—the wins by Hancock, Beck and Arcade Fire—the win was widely credited to vote-splitting in other genres. Hancock’s microscopically-selling album of Joni Mitchell covers won over a 2008 field split between acclaimed blockbusters Back to Black by Amy Winehouse and Graduation by Kanye West. In 2011, Arcade Fire was the low-seller but also the only rock album in a category filled out by heavy favorite Recovery by Eminem, pop smashes by Lady Gaga and Katy Perry, and a country blockbuster by Lady Antebellum. As for Beck’s win this year, if you’ve been anywhere near the Internet or a newspaper this week, you know the vote-splitting theories surrounding its win against albums by Beyoncé, Sam Smith, Ed Sheeran and Pharrell Williams.

As for the above album I haven’t yet mentioned, according to Billboard in 1995, Bennett’s MTV Unplugged was a bit shy of 300,000 just before the Grammys, which is why he ranks as a slightly lower-seller than Beck’s 300,000. But the fact that the two albums’ sales totals going into their respective Grammy weeks are essentially the same is remarkable—and unfortunate for Beck—because Bennett’s MTV Unplugged has a uniquely dubious status. It won what was widely considered, even by NARAS, one of the lamest Album of the Year competitions in Grammy history (which is saying something).

The 1995 slate featured a raft of discs that probably shouldn’t have been in the category in the first place: Eric Clapton’s larky all-blues album, one of Bonnie Raitt’s lesser post-comeback albums and, worst of all, a sequel/live album by the Three Tenors even classical experts considered a novelty record. (You knew it was a snoozy year when the token nominee for youngsters was by Seal.) Out of this aggressively middlebrow field, NARAS voters went with the lowest-seller of the bunch, Bennett’s elegant-but-forgettable addition to the Unplugged fad. The year after that fiasco, then-NARAS president Michael Greene changed the process for determining nominees, instituting secret nominating committees to ensure that—in the top all-genre categories like Album of the Year—at least a few current, relevant albums would wind up in the mix. Critics have called the revised process, now in place for 20 years, corrupt and insane, but what is inarguable is it was devised to save NARAS members from their own worst impulses. But as we’ve seen in the last decade, especially with the Hancock and Beck wins, a relatively more current slate of nominees won’t prevent NARAS voters, when they are choosing a winner, from homing in on the oldster catnip.

One last note about the above list: These are the five lowest pre-Grammy sales totals of the SoundScan Era, which began in 1991. We don’t have accurate or public data for album sales prior to this point. It’s entirely possible there have been Album of the Year winners dating back to the Grammys’ 1959 inception that sold fewer copies than Hancock, Bennett or Beck just before they won.

But I sincerely doubt it. Look at this Wikipedia list of AotY winners dating back to the beginning—prior to the 1990s, they were virtually all preordained smashes with huge cultural impact, whether their artistic merit was dubious (The First Family by Vaughn Meader in 1963; Christopher Cross in 1981) or basically unimpeachable (Tapestry in 1972; Rumours in 1978; Thriller in 1984). Even the Grammys’ all-time greatest Cinderella story, Bonnie Raitt’s career-making 1990 winner Nick of Time, showed up on Grammy night already RIAA-certified gold and nearing platinum—it wasn’t exactly an unheralded album.

So why all this emphasis on sales, for a prize that’s supposed to be about, you know, the music, man? As someone who views popular music history through the prisms of both art and commerce, it’s hard for me to miss the patterns over 56 years of NARAS handing out golden gramophones. The fact is, Grammy voters really only began giving Album of the Year to a marginal seller a couple of decades ago, as the American monoculture began to crumble and it was harder for them to agree what, exactly, that album was. It seems contrary to NARAS’s fundamental mission, in the 21st century, for it to enshrine a collection of Joni Mitchell covers or the seventh-best Steely Dan album. The biggest Grammy awards every year are, at root, about coronation; they have a lousy track record of cool-finding curation.

You can argue, very credibly, that Morning Phase is a polished, well-crafted collection of songs that finds Beck drawing upon a rich 20-plus-year career. What you can’t argue is that it was anywhere near the center of popular culture in 2014. Whether that center was as schlocky as Blood Sweat & Tears in 1969, as timeless as Songs in the Key of Life in 1976, or as game-changing as Beyoncé in 2013, winners of big Grammys should probably have been trees that fell in the forest and made a sound. Maybe that’s what Kanye West was prattling on about.