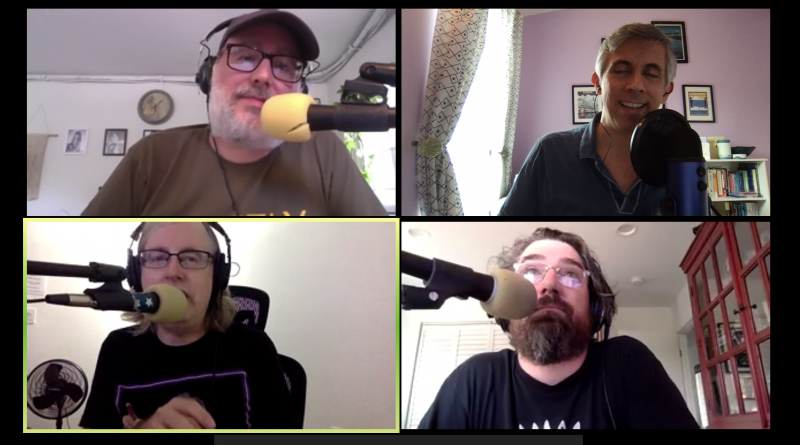 Chris Molanphy talks to the coiners of Yacht Rock about how they define the genre they invented.

First, we have a few announcements about the future of Hit Parade—and it’s good news for both Slate Plus members and non-Plus listeners. While the economic challenges of COVID-19 certainly haven’t abated, Hit Parade has attracted enough new Plus members to allow us to take some episodes out from behind Slate’s paywall starting in September.

Starting next month, full-length Hit Parade episodes will debut in the middle of the month, not the end (our next full-length episode drops on Friday, September 18). If you are a Plus member, you’ll hear the whole show all at once, the day it drops. If you are not a Plus member, you will receive the first half of the episode mid-month, with ads, and you’ll have to wait a couple of weeks to hear the second half of the show, at month’s end. Finally, Hit Parade—“The Bridge” episodes will remain Plus-only.

Again, thanks to many of you who signed up for Slate Plus just to hear Hit Parade, and of course the thousands of longtime Plus members. We plan to keep giving you the bonus content you expect. And a hearty welcome back to non-Plus listeners—we hope you’ll consider joining Slate Plus in the future, but you can also support Hit Parade by spreading the word about our episodes.

In this mini-episode of Hit Parade, host Chris Molanphy is joined by J.D. Ryznar, “Hollywood” Steve Huey, and Dave Lyons, creators of the web series Yacht Rock and follow-up podcast Beyond Yacht Rock. Not only did they invent the very term that inspired the latest episode of Hit Parade, they have kept the fire alive by refining what the genre means.

The Yacht Rockers and Chris discuss the enduring legacy of the term they created—from why the name stuck, to how it was perceived by the various artists whose music it defined. (Boz Scaggs is reportedly not happy.) They also reveal songs they’d re-rate against their signature Yachtski scale, songs commonly tagged Yacht that are actually “Nyacht,” and how they curate the boundaries of the genre. They even offer a Hit Parade–exclusive announcement about what’s next for their smooth creation.

Finally, Chris quizzes a Slate Plus listener with some music trivia, gives her a chance to turn the tables on him, and previews next month’s full-length episode.