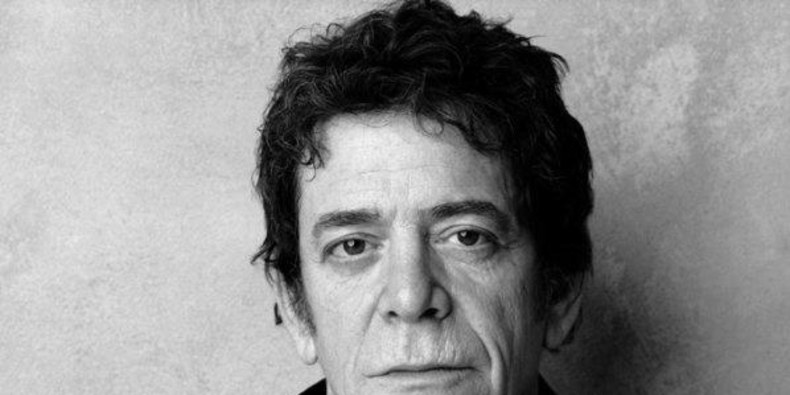 “Lou Reed’s Album Sales Rise 607% Following Death,” trumpeted a midweek Billboard headline that got picked up across the media.

You had to get to the third paragraph, though, before you were given the sales total: roughly 3,000 Reed albums sold last week. The late Reed’s discs sold only about 1,000 copies the week prior. Billboard also reported that the Velvet Underground had a stronger-than-usual sales week, with its album catalog rising by 236%, also to about 3,000 total. No individual Reed or Velvets album sold more than about 1,000 copies during the week, and hence none debuts on this week’s Billboard 200 album chart; these days, the bottom album on the chart generally sells about 2,000 copies.

Reed’s and VU’s combined 6,000 in album sales were tallied in the week ending Sunday, the very day news of his death broke—meaning the bulk were sold in one day. But that’s still a modest sales figure for a legend who has been deified across the media. (So meager is Reed’s chart history record that Billboard’s article summarizing it clutches at data points like Marky Mark’s sampling of Lou on the 1991 Top 10 hit “Wild Side”.) Surely, Reed’s catalog will shift another few thousand this week, as all the encomiums to his importance and influence are digested, especially by the uninitiated. Those later sales will be reflected on next week’s album chart. But I wouldn’t count on more than an album or two appearing on the list—probably Transformer, maybe The Velvet Underground and Nico—and their ranks will likely be modest.

You may be thinking: “Why are we even talking about this? Of course Reed’s albums are selling modestly! The guy was the godfather of the anti-commercial.” True enough. Those of you who, like me, loved Reed and regard the Velvets’ catalog as formative, sacred texts might even think the less chart ink Reed gets, the better.

Reed himself agreed with this idea… mostly. As virtually every Reed eulogy you’ve read this week has noted—especially the ones that mention Metal Machine Music—Reed was utterly unafraid to confound both industry expectations and his own fanbase. But it can’t be argued that he wasn’t minding his commercial performance.

Evidence of that starts with an oft-repeated quote about the band, Brian Eno’s aphorism about how the 30,000 people who bought the Velvets’ first album started a band. It’s a great line, but for chart nerds like me, the first thing we think when we hear that oddly specific sales figure is: Where on earth did Eno get that apocryphal number, especially in the decades before Soundscan and accurate music-tallying?

Turns out Eno got it from the man himself. “I was talking to Lou Reed the other day,” Eno told a Los Angeles journalist in 1982, “and he said that the first Velvet Underground record sold 30,000 copies in the first five years.” That sales number of Reed’s might not even be accurate, as the informative Wall Street Journal story that reveals the full quote makes clear. But it shows Reed was paying attention.

That first album, the aforementioned Velvet Underground and Nico, was one of only two Velvets discs to make the Billboard album chart while the band was together; despite its low peak (No. 171, 1967), it rode the charts for just over three months. The other was White Light/White Heat (No. 199, 1968). Their third, self-titled 1969 album, which contains the classic “Pale Blue Eyes”, didn’t chart until 1985 (No. 197), when the band’s entire catalog was revived by Verve Music Group. The most interesting case is Loaded, the band’s final album with Reed in 1970. It didn’t chart, which is notable because Reed recorded it under label pressure to produce hits, and he generated what seem like his two most radio-ready songs, “Rock and Roll” and “Sweet Jane”.

The lesson Reed learned while with VU was that he’d had what little pop success he enjoyed with a Warholian album half-sung by a diction-challenged German chanteuse, not with the disc FM radio (eventually) loved. Taking that lesson to heart, Reed entered his 40-year solo career even more determined to follow his muse. From album to album Reed was generally reacting to how his last project was received—not just artistically, but commercially.

Perhaps the savviest move of his career came when he switched in the late 80s from longtime label RCA Records to Seymour Stein’s Sire—an imprint awash in success thanks to Madonna but that had also generated platinum albums for Talking Heads, the Pretenders and Depeche Mode. One doesn’t join a label like Stein’s to languish in obscurity, and the pairing hit paydirt immediately: Reed’s New York (No. 40, 1989) was virtually as critically acclaimed as The Blue Mask had been but, unlike that earlier record, became his first Top 40 album in 15 years. New York eventually became Reed’s only gold-selling studio album, one of only two gold discs in his career (the other being the 1974 live album Rock N Roll Animal, with its AOR-friendly version of “Sweet Jane”).

As I noted in my recent piece on the history of the Modern/Alternative chart, the Sire years also gave Reed his first No. 1 on any Billboard chart, ever, 1989’s “Dirty Blvd”. This was followed by a second Modern Rock No. 1, “What’s Good”, in early 1992. Just as grunge was exploding, Reed was enjoying a brief moment as a commercially viable alt-rock godfather.

Reed’s chart history is erratic, yes—but studying it informs, rather than detracts from, one’s understanding of him. His body of work reads less as that of an artist with no interest in commercial success than as one who paid attention to how his work was received and reacted accordingly. He first had to see how the buying public would zig before he could zag.

Reed’s last album was his critically impaled collaboration with Metallica, Lulu. It was also his last Top 40 album, as the disc spent a week at No. 38—no doubt purchased by Metallica completists and the morbidly curious—before tumbling off the chart. It was the first Metallica album to chart below the Top 10 since Master of Puppets. For Reed, Lulu can either be regarded as a willful act of artistic suicide—the final piece of quirky evidence that Lou would do anything to piss people off—or an attempt to see how far he could take the most commercially successful rock band of the last 30 years and make them uncommercial again. You have to admire a guy who had such a refined, puckish sense of the zeitgeist that he could make James Hetfield and Lars Ulrich seem edgy again.